"Before they were ubiquitous, comic book movies always seemed to have the same goal: to “really look like a comic book.”"

"For all the ways that Into the Spider-Verse is progressive cinematically, it’s also progressive socially. "

Before they were ubiquitous, comic book movies always seemed to have the same goal: to “really look like a comic book.” It became a cliché, and almost a joke, for a filmmaker with excited eyes to proclaim that his film “really recreates what it feels like to be inside a comic book.” Usually these movies contained a few token gestures toward comic book sensibilities, but in the end, they were mostly just a bunch of old white men in spandex running around on a set.

In 2018, someone has finally, truly accomplished this ideal. 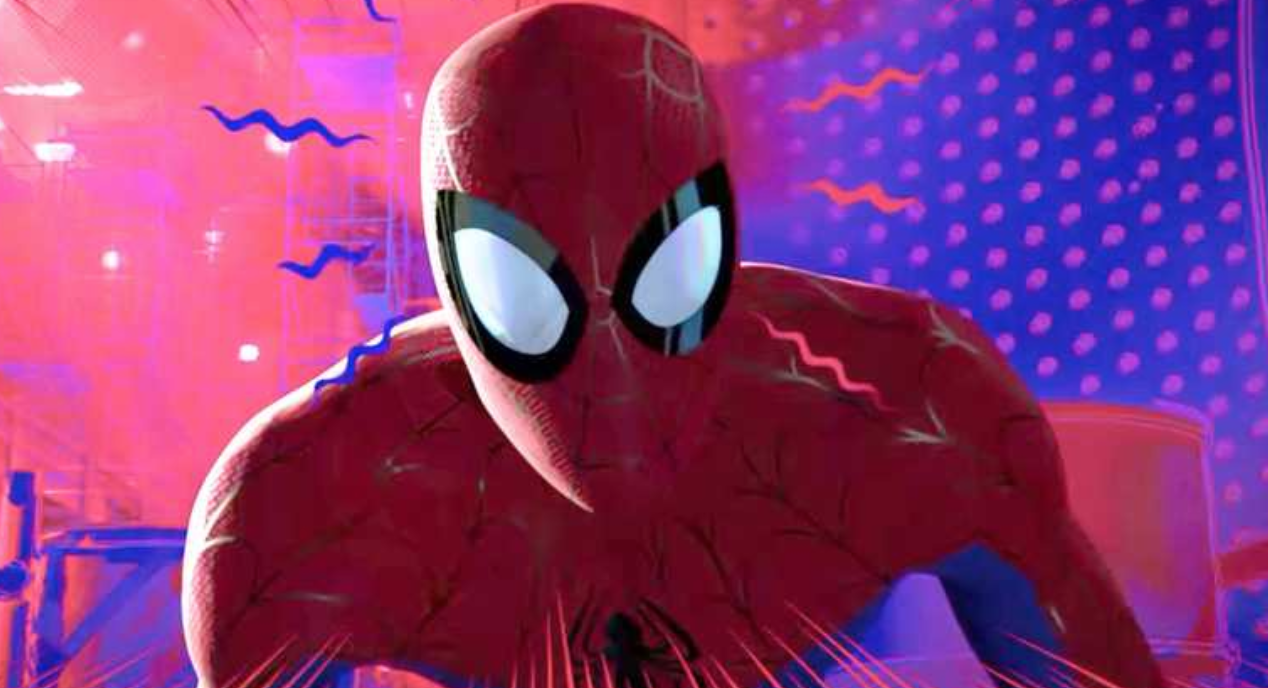 Spider-Man: Into the Spider-Verse does feature some of those techniques that signalled an adherence to the comic book style, such as action moving along through panels, thought and dialogue bubbles, and on-screen Batman-style sound effects like “WHAM!” and “POW!” But the new Sony Animation film – using some of the character rights it didn’t cede to Marvel – actually, physically, looks like a comic book. As in, the image itself has an effect that approximates the slightly dappled texture of the page on which comic books were printed, giving everything a lovingly tactile sheen, an appearance of a kind of analogue pixilation. The effect is retro, but the accompanying explosion of colour, sound and imagination makes the visual experience vital and kinetic.

Simply put, this is what it looks like when a kaleidoscope and a comic book have sex. To say that Into the Spider-Verse is one of the most visually distinctive animated movies ever made is perhaps underselling it. A team of 142 animators saw to that. You could genuinely call it one of the most visually distinctive, and exciting, and funny, superhero movies ever made. To watch this movie is to have your spine set permanently on tingle.

The plot is as outside the box as the animation. Honouring different versions of the character that have appeared in comics over the years, the film imagines a universe – a multi-verse – in which all of these Spider-Men, Spider-Women and other Spider-related genetically altered beings exist simultaneously. They wouldn’t know about one another except for the supervillain who is trying to use a super collider to overlap these dimensions. His name is Kingpin (voice of Liev Schreiber), and he’s essentially a wall with a head sticking out the middle.

In our version of reality, Peter Parker, who we know as the original Spider-Man, has been killed by Kingpin. Ready, or perhaps not so ready, to inherit the role is Miles Morales (voice of Shameik Moore), a Brooklyn kid attending a fancy academy, who’d rather spraypaint graffiti murals than ace his exams. He’s practising his art with his uncle (Mahershala Ali) when he’s bitten by a robotic spider unleashed by the company that’s trying to collide the universes. 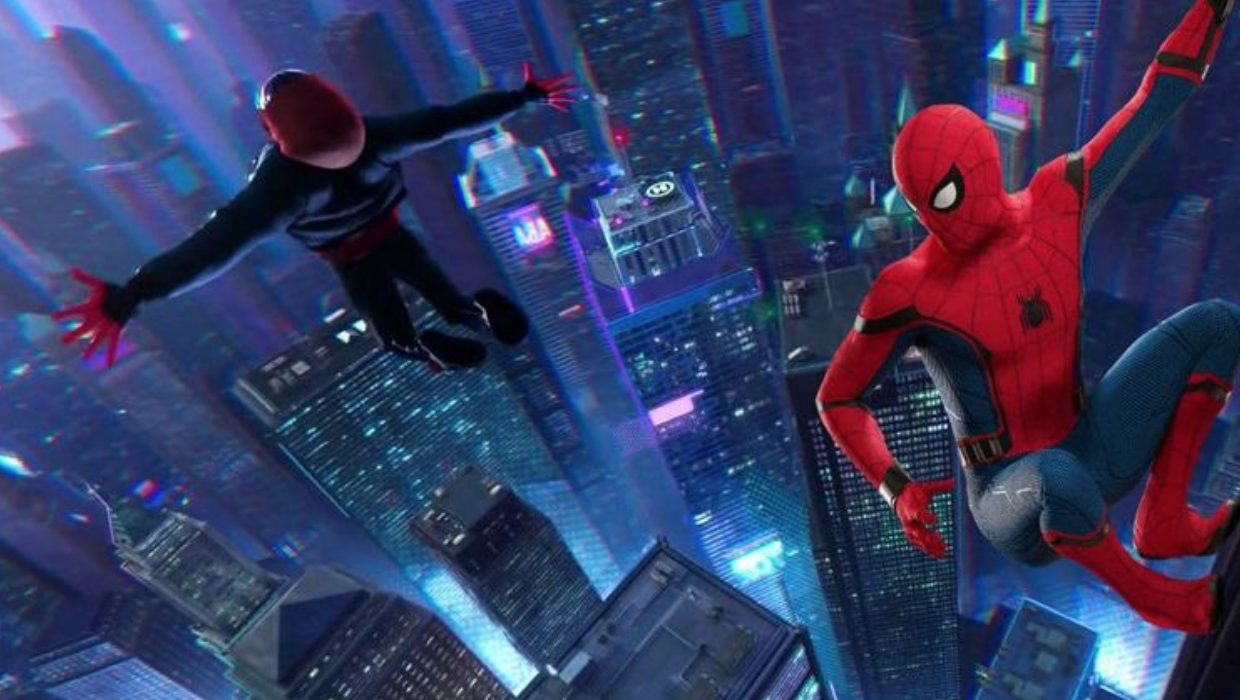 Before long Miles is developing the powers we associate with our dearly departed webslinger, and meeting others with similar powers from other dimensions: Spider-Gwen (Hailee Steinfeld), the 30s noir Spider-Noir (Nicolas Cage), the cartoon pig Spider-Ham (John Mulaney), the future anime schoolgirl Peni Parker (Kimiko Glenn), and even a 40-year-old Peter Parker with a gut (Jake Johnson), who’s just about given up in his own dimension. They all want to stop Kingpin and get back home.

For all the ways that Into the Spider-Verse is progressive cinematically, it’s also progressive socially. Our hero, Miles Morales, is the son of an African-American dad and a Latina mum, and not only that, he’s taken his mum’s surname. The character originated in the comics only seven years ago, and his creator has admitted being inspired by the presidency of Barack Obama. The original thought was that the character was being tailored for a Spider-Man movie starring Donald Glover of Community, Atlanta and Childish Gambino fame. That movie never transpired, but this one has, and it’s a trade-off well worthwhile. 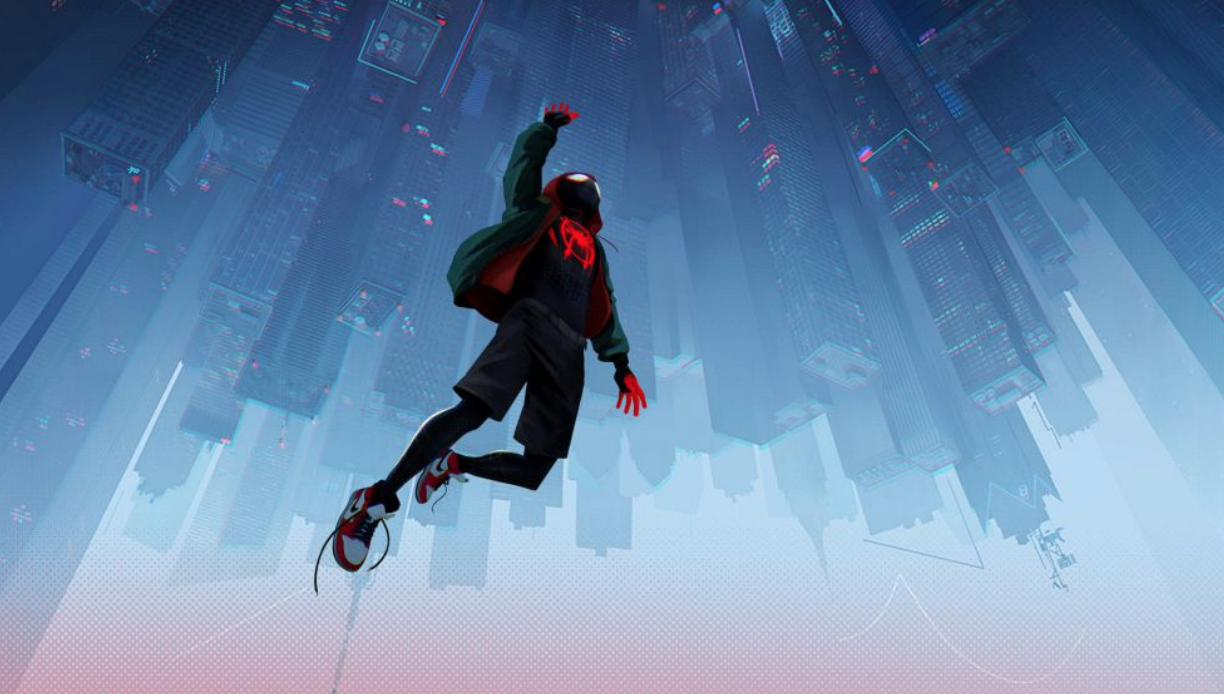 Miles is a newfangled hero for a woke age. He’s gawky and delightful in ways that feel very of the moment, and his multi-ethnic heritage is certainly an attempt to appeal to a multi-ethnic world. It’s perhaps not a coincidence that the Peter Parker we mostly see in this movie is a past-his-prime schlub who wears sweatpants to fill out the bottom half of his costume. Living through 2018 means knowing that old white men are passé, but that doesn’t have to be a strident judgment. Here it’s played for laughs, and don’t worry, you old white men in the reading audience – this Parker has his role to play too. And Miles? You will fall in love with Miles. He’s great.

With a script co-written by Phil Lord, he of Lord and Miller fame (The Lego Movie, 21 Jump Street), the fact that the movie is funny should not be a surprise. Just how consistently the jokes land may not be so easy to predict. The great thing about this movie’s jokes is that they are character-driven. Some pop culture winking does factor in, but the humour is mostly organic to the situation. It travels from the slapstick to the absurd, and everywhere in between. 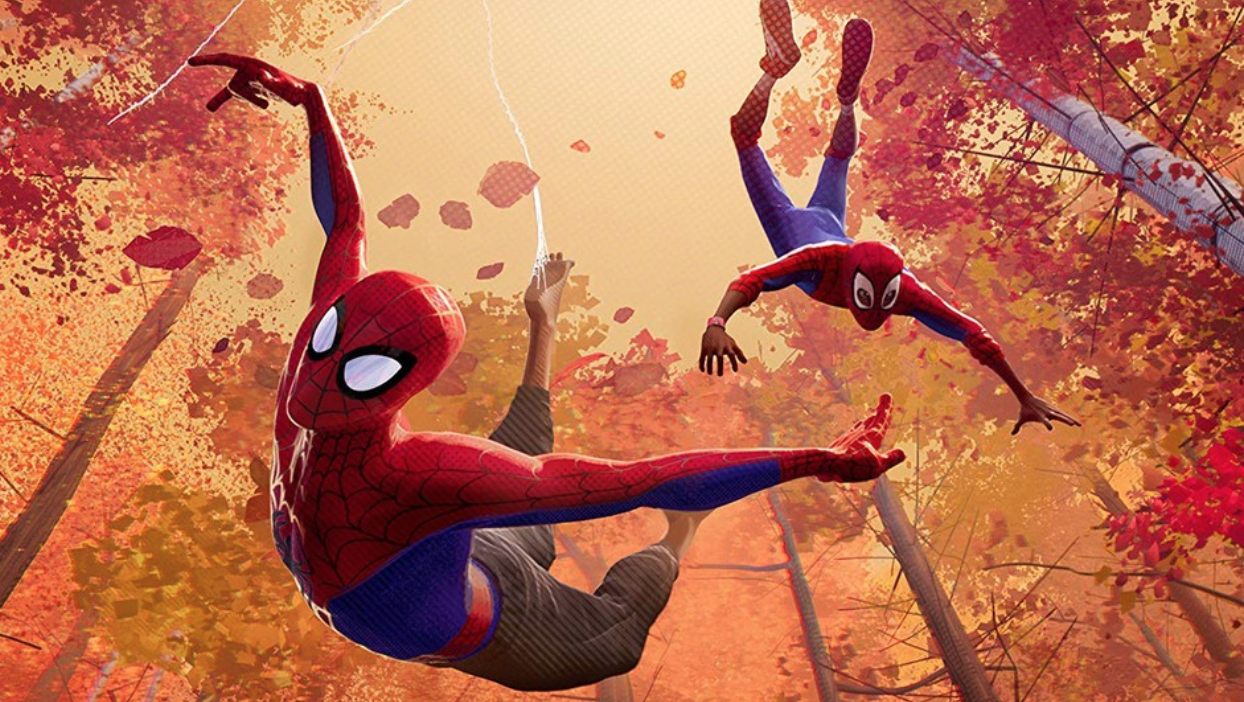 Really, though, most viewers will take away the notion that Sony has blown the lid off what’s possible in 3D animation. Under the guidance of a trio of directors – Bob Persichetti, Peter Ramsey and Rodney Rothman, the latter of whom is the film’s other co-writer – the movie simply explodes. Not only are the character designs and landscapes distinct, an increasingly tricky feat when so much modern animation is indebted to Disney, but the way the “camera” moves through these spaces is simply enthralling. The movie is quite literally a trip, as it is always moving upwards, downwards, sideways, or directly out of the screen toward the audience.

The one complaint one might level against Spider-Man: Into the Spider-Verse is that its overstuffing leads to a rather ungainly running time: 117 minutes. But really, this is the kind of feast that never leaves you feeling bloated. And better be sure to stay to that bitter end. Taking a page from creative partner Marvel, Sony has dropped the best joke in minute 117 as a post-credits sequence. It’s the kind of movie that warrants an overstuffed review, just to get all the praise in.