Alright, I’ll admit it. I’m not really a horror movie kind of gore. I mean, girl. Apart from a few Hitchcock classics and the hilariously meta The Cabin In The Woods (2011), I tend to steer clear of the entire genre. Not that I have anything against horror movies specifically – if I’m being completely honest with myself, the whole avoidance thing stems from the completely illogical and laugh-worthy fact that I am actually just a big fat wuss. All the gruesome drawn out wailing plus the inevitable excesses of tomato sauce-esque blood always seem to conspire to recreate my most hideous childhood nightmares. I’m that fun sponge friend who never wants to go see the latest Saw XXXIV because I’m too afraid it’ll make me too afraid.

Creepy movies, however, are a whole different ball game. By “creepy”, I am referring to those films more often classed as psychological thrillers than straight out horror. The funny thing is, I always find thrillers to actually be scarier than their more gore-tastic counterparts, if only because they tend to highlight and fixedly scrutinize the peculiar and at times disturbing ambiguities of the human condition. 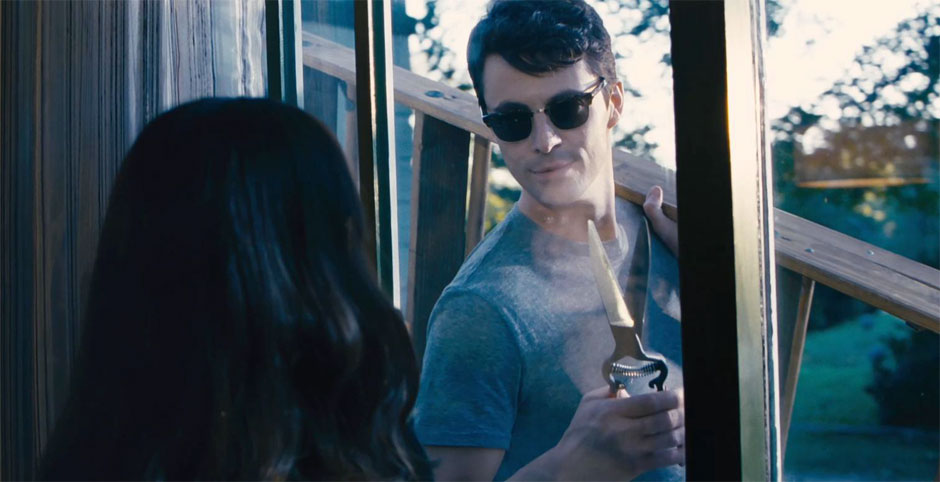 This sentiment pretty much encapsulates Park Chan-wook’s Stoker (2013) in a nutshell. We are introduced to eighteen-year-old India just after her beloved father Richard has passed away in a car accident. Her estranged mother Evelyn’s abrupt, faltering attempts to console India in the wake of Richard’s death only serve to highlight the distant relationship between mother and daughter, and further emphasize how close Richard and India were. India is as sullen and silent as one would expect her to be after such a traumatic event, and yet there is something suspiciously sinister about the cold, impassive façade she shows to the world. We glimpse India’s behaviour in the moments she spends alone, prowling aimlessly around her enormous estate house, and everything she does seems, quite frankly… odd. Chan-wook builds an impressively pervasive aura of creeping expectancy; every close-up shot of India’s blank, white face and her chillingly direct gaze reinforces the impression of something dark and ominous roiling beneath the outwardly calm surface, waiting to strike.

Things come to a head when Richard’s brother, the charming Uncle Charlie, meets India at Richard’s funeral. Suffice it to say, Uncle Charlie is not what he seems, and every interaction between these two characters is laden with a hidden, heavy intent on both sides, conveyed more through looks than words. This is due to the, quite simply, superb acting on the parts of Mia Wasikowska and Matthew Goode, each of whom bring an incredible amount of intriguing, disturbing depth to their depictions of India and Charlie respectively. Any time either, or indeed both, of these characters are onscreen, their presence is seductive, compelling; I was constantly alert and provoked, shocked and repulsed and captivated in turns by their every move. Nicole Kidman, too, deserves praise for her performance, for the sharp, glass-like fragility she brings to Evelyn’s unstable persona. 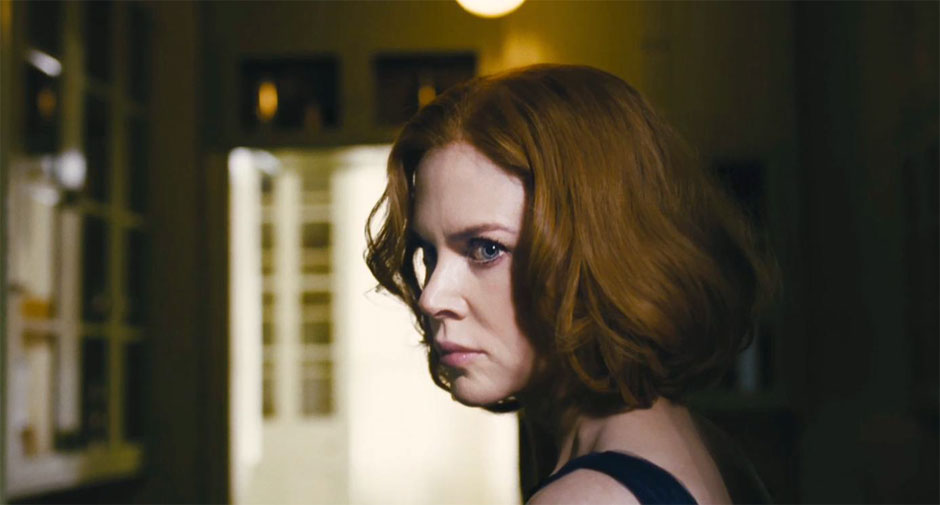 A lot of things in Stoker definitively don’t make sense and are never explained – most importantly, the motivations of the main characters. I read somewhere that if you just watch the film and accept that everything operates according to dream logic, you’ll enjoy the experience a lot more. I would agree wholeheartedly with this statement; you could analyze the hell out of the screwed-up things that happen and the twisted psychological workings of the main characters, but in the end, the brilliance of the film lies in its inherently haunting ambiguity. Stoker is arousing on so many different levels: sexually (um, have you SEEN Matthew Goode? Can’t decide if he was more creepy or hot; plus just wait til you see India’s shower scene), visually (the cinematography is nothing short of absolutely stunning – every shot is perfectly crafted, cropped and angled, always making the most of the gorgeous estate house and its sprawling grounds) and mentally (the whole time I was just thinking, “wtf that was so messed up but at the same time, AWESOME”).

I haven’t been so impressed by a film in a really long time. Okay, since Cloud Atlas maybe, which wasn’t even that long ago, but still. Stoker is deliciously disturbing and a simply orgasmic experience for the eyes and ears – I can’t be more effusive than that.