"Clooney seemingly wants to draw on a variety of inspirations and his film is consequently a strange mix of all sorts of things..."

"The prevailing failing of Suburbicon is uncertainty."

Don’t trust a film that the Coen Brothers have written but not directed. If the script was any good, they would direct it themselves. At one point during George Clooney’s Suburbicon, somewhere towards the end of the movie, I got out my notebook and in large letters wrote, “WHAT IS THIS MOVIE?” Following a little consideration, I can answer that question, to a degree.

Suburbicon is two films. One is about an African American family that move into an outwardly idyllic neighbourhood and are subsequently driven out by the racist community. The other is about a man who murders his wife because he’s in love with her sister. The two films don’t work well together, but more importantly, they don’t work well on their own. 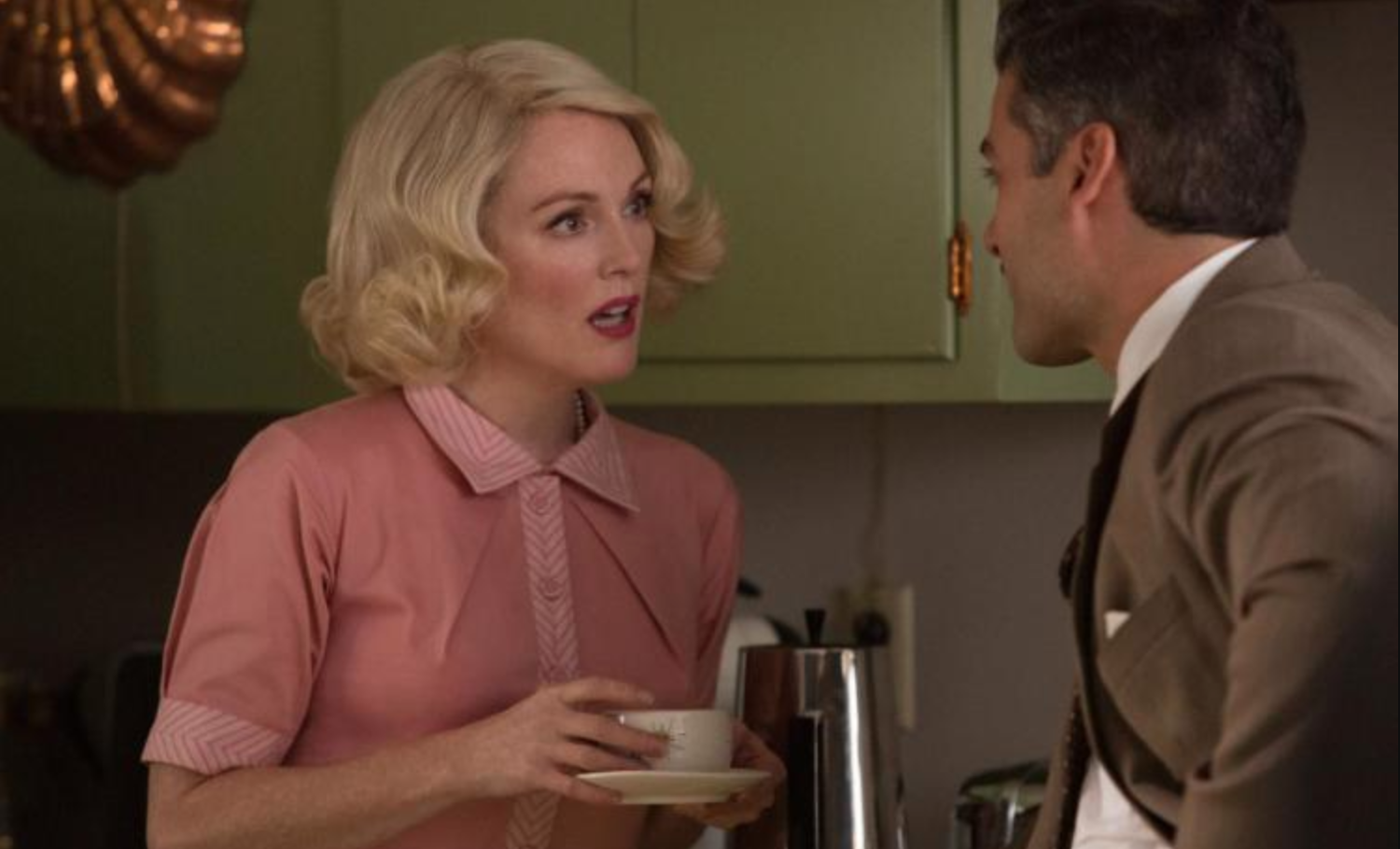 The film is set in suburbia during Eisenhower America, an era and a setting that have been widely and well exploited by filmmakers in the past, in varying ways and to various degrees of success. Pleasantville and Blue Velvet are two very different films that come to mind that examined the impossible perfection of suburb living in the 1950s. The common denominator in a lot of these films is the idea that there’s always murky water beneath the surface and while the inclination with Suburbicon is to understand that Clooney is treading similar path in actuality I’m not even sure he’s saying anything at all.

For instance, what is Clooney’s point in setting this film where, and when, it is set? The story doesn’t really demand it and Clooney doesn’t use his environment to make any sort of appropriate comment or offer any form of insight that justifies how conspicuously he exploits his locale. Loud obnoxious things repeatedly occur throughout the film without tangible causes. Any connection between the two separate stories is tenuous and not worth your time making. Unlike the dark secrets of the suburbs, underneath this surface there’s really nothing to think about.

Clooney seemingly wants to draw on a variety of inspirations and his film is consequently a strange mix of all sorts of things; drama, comedy, satire, thriller and horror, to name just a few. It falls short in all of these endeavours and worse than that, it’s boring. This is certainly not the film that is being advertised in its trailers. Principally, Suburbicon positions itself as satire, a result of the kitsch aesthetic and the heightened reality of its characters’ behaviour, but it’s not very funny, if at all. The film is also too aware of its own style and too cartoonish to be a drama, and too lacking in dramatic tension to be an effective thriller.

An example of this total lack of narrative comprehension is a scene, towards the end of the film, in which two characters sit opposite one another at the dinner table and discuss the events leading up to that point. We understand immediately how the scene will eventuate because we know something that the characters don’t, but the scene – a long one – plays out nonetheless, and plays for dramatic tension as if we weren’t privy to that information. That’s inattentive filmmaking. 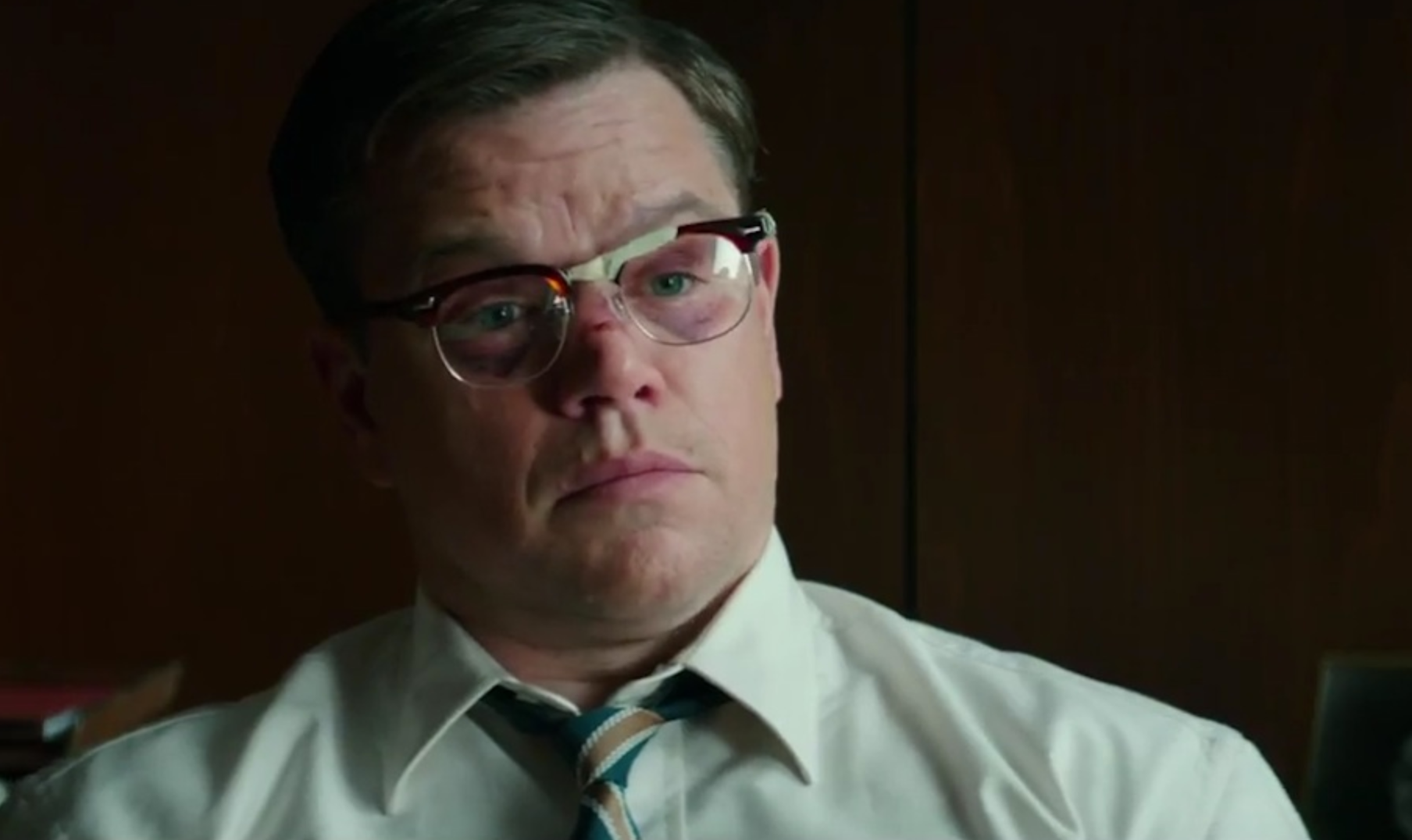 I am tempted to write something along the lines like ‘a film like this needs smarts and audacity to succeed’ but I am forced to admit that I don’t know what sort of film Suburbicon is because neither does Suburbicon. I know the film it might have been, because the Coen Brothers excel at them and Suburbicon does offer rare and fleeting albeit empty glimpses at it. It’s a film like Fargo or Burn After Reading. Those films had smarts and audacity. Suburbicon can’t stay one step ahead of itself.

The prevailing failing of Suburbicon is uncertainty. If it had a second prevailing fault it might be Clooney’s confidence, because every misstep is so assuredly executed it enhances the perplexity of their impact. Cooney’s confidence in himself isn’tnecessarily misplaced – he has directed a number of good films, some very good – but his confidence in this material is mistaken. Any pursuit of a theme or purpose will come up short very quickly. It’s all trapped in George Clooney’s head, and he hasn’t made a film coherent enough to convey it or entertaining enough to make us not care.