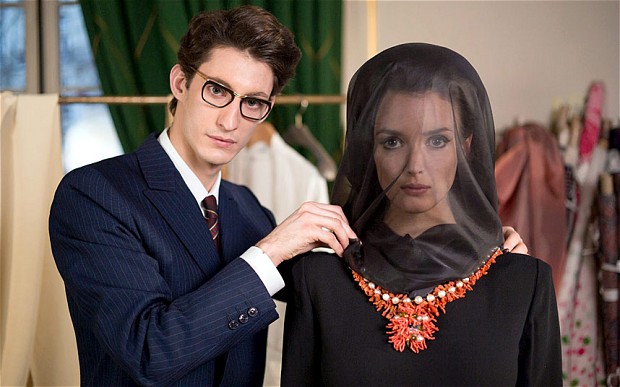 Awareness of the fashion world is almost essential when it comes to comprehension of Jalil Lespert’s Yves Saint Laurent. As a man whose favourite article of clothing is his puffy jacket, much of Lespert’s film was understandably lost on me. This is only a problem because Yves Saint Laurent is a biographical picture of the eponymous fashion designer and biopics should if nothing else, at least in some shape or form, provide insight into the subject regardless of the audience’s prior knowledge. Yves Saint Laurent neglects those with no perception of fashion but worse still it offers little understanding of the man behind the garments himself.

Concrete intricacies are not necessarily paramount when it comes to these sort of films but in lieu of factual information some truth regarding the subject ought to be conveyed. Olivier Dahan’s La Vie En Rose was reasonably vague about the details of Edith Piaf’s life but managed to grasp the raw essence of a fascinating character and the passion behind the music Piaf created. Yves Saint Laurent makes ambiguous attempts at suggesting Saint Laurent’s disposition and his flaws but never fully realises the man as a compelling figure. There may just not have been enough to realise.

Lespert uses Saint Laurent’s relationship with lover and business partner Pierre Bergé (Guillaume Gallienne) as an anchor for the drama. Bergé and Saint Laurent meet as young men. Bergé has a lover who is quickly cast aside in favour of Saint Laurent. The two navigate the Parisian fashion scene together; Saint Laurent the talent and Bergé the driving force behind production and business. Karl Lagerfeld, who’s certainly undergone some dramatic visual changes since the period in which this film is set, pops up every now and then. There were probably more fashion figures of renown that garnered an appearance that those with a particular zest for the industry might recognise. 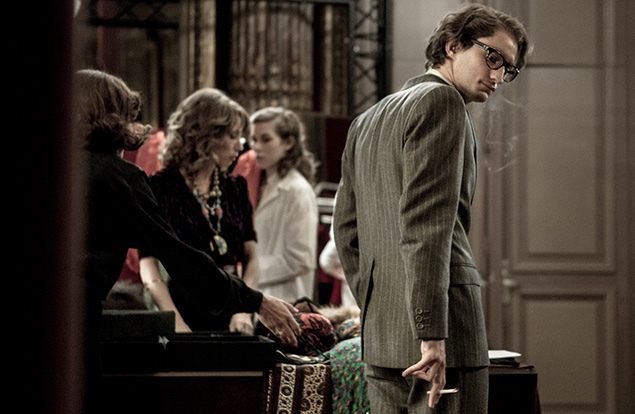 We are reminded throughout the film of Saint Laurent’s genius by his many admirers and lovers although never offered understanding as to why his work is so tremendous. This cursory attitude toward the onscreen events and their inhabitants pertains to almost all the glimpses of interest Lespert offers us. There are fleeting insights into the politics of the fashion world, such as Berge’s insistence that Elizabeth Arden and Helena Rubinstein not be seated next to one another at a fashion show, but we’re never offered further explanation. Saint Laurent is partial to mood swings and infidelity, but he comes across as a spoilt brat rather than a compelling film subject. It’s as if in the absence of actual content the filmmakers decided to dramatise reasonably unexceptional behaviour.

There’s a distinct elegance to the presentation of Yves Saint Laurent, the lushness of the visuals evoking a similar beauty as the clothes on display. Pierre Niney as Saint Laurent himself has a magnetic screen presence, emanating charisma and cautiousness simultaneously. Both Niney and the sleek design of the film certainly make Yves Saint Laurent watchable although it all feels more like an extended promotional video for the fashion brand than anything else. The extreme reverence for Saint Laurent that occupies Lespert’s film is so much that it inhibits the director from ever going down any meaningful avenues.

Yves Saint Laurent is a stylish film – it would have been particularly inappropriate had it not have been – but beneath the shiny veneer there’s absolutely nothing. Who is Yves Saint Laurent? The film is constantly hinting at the significance of the man and his work but the conspicuous lack of pursuit in any consequential direction suggests that ultimately there’s just not enough of interest in Saint Laurent’s life or nature to justify such a film.