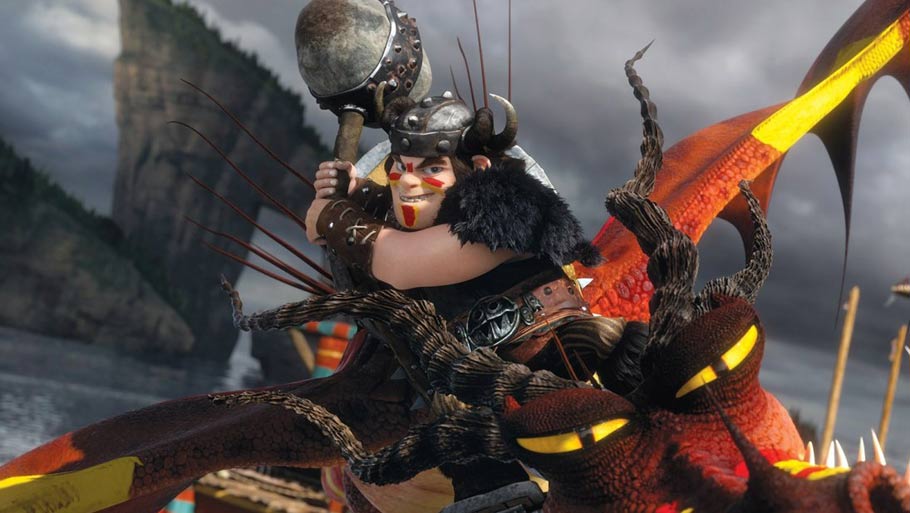 Without a doubt, How to Train Your Dragon 2 has been the most anticipated release from DreamWorks for this year. How could they hope to match the success and absolute magic of the Oscar-nominated 2010 original?

It’s been five years since Hiccup (Jay Baruchel) found Toothless and the Viking town of Berk has changed for the better. No longer at war with the dragons, but living together in harmony, the village look to Hiccup as a hero. The pair travel the skies, mapping new islands and searching for more dragons. Their peaceful existence is shattered when word reaches them that a dangerous ‘dragon master’, Drago (Djimon Hounsou), is amassing a dragon army. His only plan: to conquer. Can a mysterious new dragon rider help Hiccup save his village?

Peace and acceptance are still the core messages that drive this movie – instead of preparing for battle when he hears of Drago, Hiccups first reaction is to seek him out and attempt to talk to him, much to the dismay of Stoick (Gerard Butler), his father. Pushed not so subtly to the forefront however, is Hiccup’s quest to ‘find out who he really is’.  This is a darker outing than the first. There’s a bit more going on in this film, plot-wise at least, and it feels like an almost conscious effort by the filmmakers to surpass the original. It is in danger of feeling heavy-handed. I do like the first film more because of this – for its understated, yet rich story – but the sentiment and the fun are thankfully still here. It is even at times quite an emotional story. 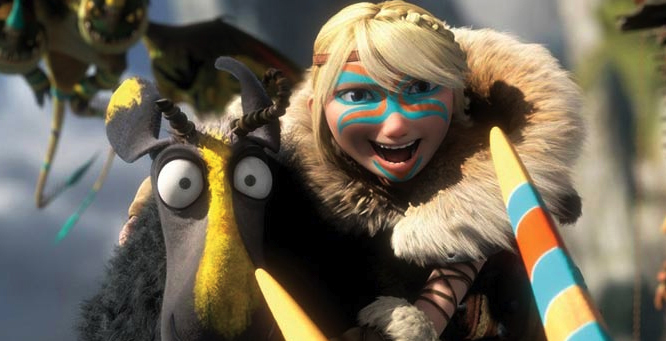 This is helped along by the voice talents and the incredible animation. The original cast (Baruchel, American Ferrera, Butler, and Craig Ferguson) remains strong and inject refreshing personality into their characters. Kristen Wiig as one half of the twins, Ruffnut, is absolutely hilarious. The additions of Cate Blanchett (you probably already know who she’ll be playing unless you haven’t seen any trailers) and Djimon Hounsou as the evil Drago were very well cast. Hounsou’s voice drips with menace. The level of expression the characters are given by the animators is amazing, and is of the highest quality I’ve seen this year.

Besides everything else, How to Train Your Dragon 2 is just transfixing to watch! The art is gorgeous – the level of detail that went into everything makes this film visually stunning, and the flight sequences endlessly exhilarating. The score by John Powell is stirring. There are lots of laughs to be had, and Toothless the dragon is once again adorable – however, it is a testament to the excellent work of the animation team that the puppy-like Toothless can go from friendly, to scary and dangerous in a heartbeat. It is mesmerizing to watch. Thankfully, this film falls into the class of worthy sequels, delivering on thrills, fun and plenty of heart.