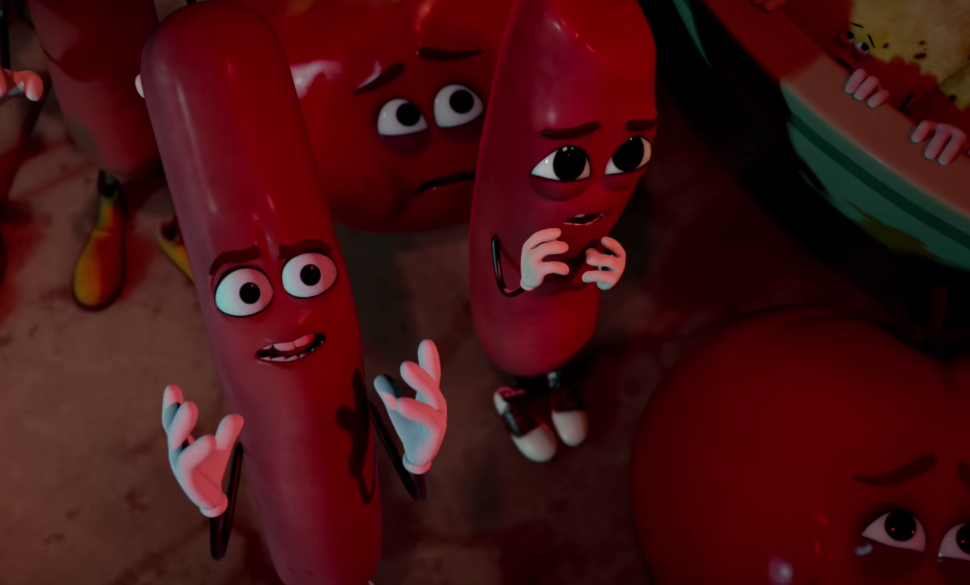 It’s been a while since Seth Rogen and co have really made us laugh. And for every Superbad, there are a lot of films like Neighbours or The Night Before. Straight off the bat, the trailer for Sausage Party didn’t make us laugh. That’s because swearing isn’t inherently funny and it’s not really comedy, making animated characters swear. Stop coasting, Rogen. You can do better than this. You’ve done better than this.

Here’s the thing though. Alan Menken has written the music for Sausage Party. Yep, that’s the same Alan Menken who wrote the music for The Little Mermaid, Aladdin, Beauty and the Beast, Pocahontas, The Hunchback of Notre Dame, Hercules and Tangled. The guy won something like a million Oscars in the 1990s alone. We’re with you, Alan. We’ll be there you on opening day, Sausage Party.

“The film tells the story of a sausage named Frank that lives at a supermarket with various other food products. They live a peaceful life with their ultimate goal to get picked by a customer. To their delight, they are purchased by a woman, and brought to her home. They soon discover the truth about their existence, when the woman prepares a meal with them that equates to torture and death. Now, with the help of his friends, they embark on an adventure to escape their fate.”