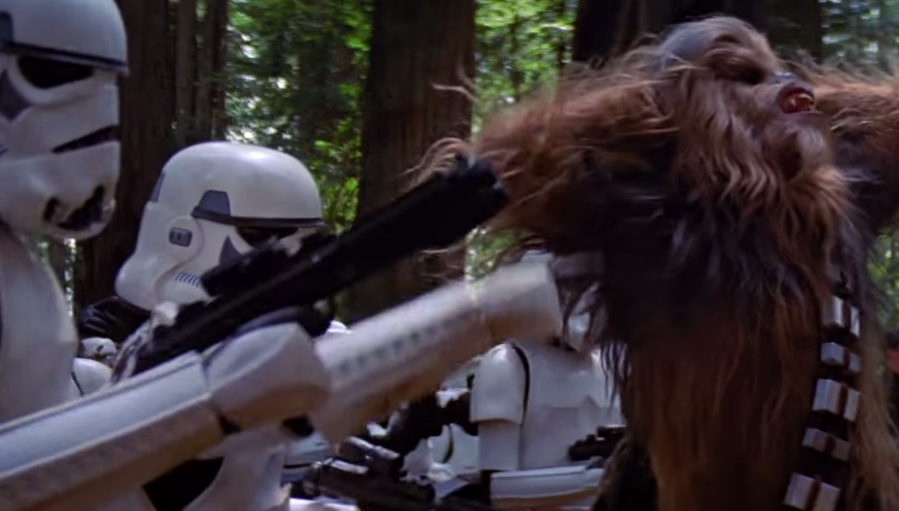 The way George Lucas was going, it’s lucky Disney bought the rights to Star Wars, otherwise the Sarlac scene in Jedi might’ve finished with Chewie busting this little tune out. Have you ever listened to Chewbacca roaring and thought, ‘I could make an absolute banger out of that.’? If your answer to that question is yes then you’re probably in the minority. But you’re not alone. Eclectic Method is right there with you. DJs probably don’t get as much credit as they deserve. A lot of people think that all they do is press play and things magically happen. We’re not sure whether the song below will convert you to EDM, but it’s a pretty compelling example of how music can be made out of absolutely anything. As Lennon said (and Jack Nicholson paraphrased wonderfully in The Departed), “I’m an artist, and if you give me a tuba, I’ll bring you something out of it.” Eclectic Method was given a Wookie roar. And he certainly made something.