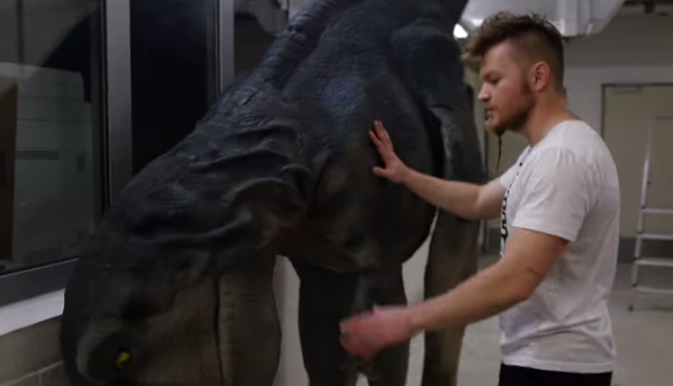 Being scared of spiders doesn’t make you any less of a man. Anyway, those jerks who dressed their dog up as a spider and posted it online, consequently making some of the staff here at ReelGood wary of their Facebook News Feed for a solid coupe of days, decided to find out whether movie star Chris Pratt really is as confident around dinosaurs as he claims to be (disclaimer – Pratt has never claimed to be confident around dinosaurs and neither does his character in Jurassic World, but you know how it is…). Turns out, Pratt isn’t confident around dinosaurs at all. Either that or, like most people, he just gets started when things jump out at him unexpectedly. Being pranked as a famous person would suck because there will always be cameras on you and if you react badly you’ll NEVER WORK IN THIS TOWN AGAIN! Pratt does well, especially considering how happy that Polish fella seems about startling him. Being startled is awful. You heard it here first.