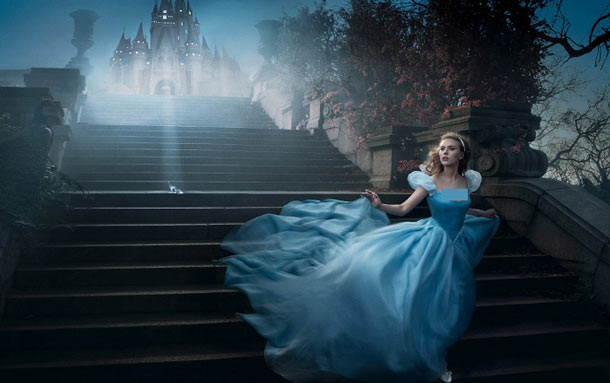 Kenneth Brannagh’s Cinderella. Not the fantasy reboot we need but certainly the fantasy reboot we deserve, after films like Alice In Wonderland, Snow White and the Hunstman and Maleficent somehow managed to dominate at the box office. You’d almost think we’d learn after the first couple of times, and yet here we are. Are we being unjust? Perhaps. There’s still no scenario we can imagine in which we were glad this film has been made.

“The story largely follows Disney’s 1950 animated adaptation, with several twists. In the 2015 version, Cinderella and the Prince meet prior to the fateful ball. At the time, he tells her he’s simply a palace employee.[3] The Fairy Godmother is a larger character than in previous versions, as the character in the 2015 version is initially disguised as an old beggar who watches over Cinderella before ultimately revealing herself as a magical being.”