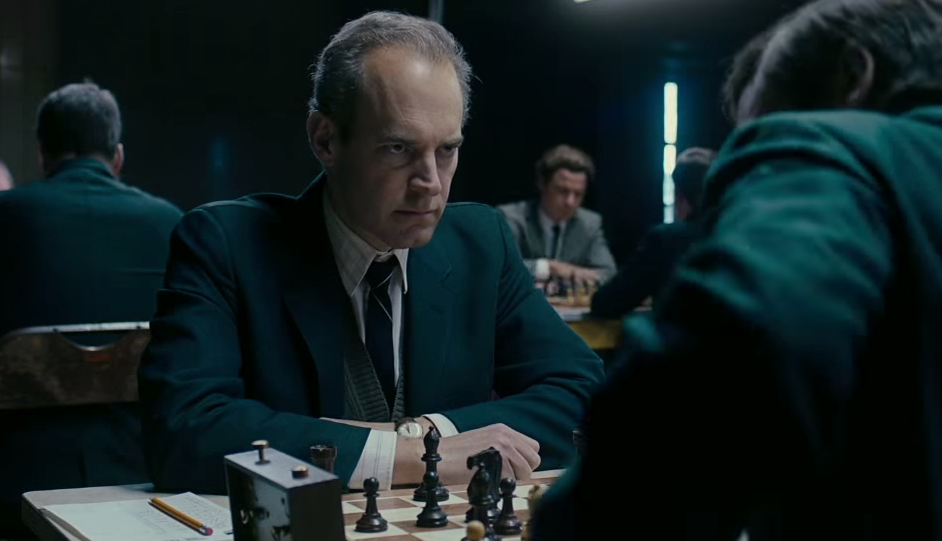 There are people in the world that don’t play chess because the requisite amount of thinking hurts their brain. Indeed, the writer of this little article is one of those people. That doesn’t mean that chess doesn’t still interest them. In fact, Edward Zwick’s latest flick (poem), revolving around the Cold War era chess showdown between Bobby Fischer and Boris Spassky, looks downright enthralling. Downright. Who doesn’t like a touch of Cold War here and there? Let’s all take a moment however, to ponder the fact that Zwick made The Last Samurai. Now that’s been processed, we can all move on and feel excited for Pawn Sacrifice.

“In a gripping true story set during the height of the Cold War, American chess prodigy Bobby Fischer finds himself caught between two superpowers when he challenges the Soviet Empire. Also starring Liev Schreiber and Peter Sarsgaard, Pawn Sacrifice chronicles Fischer’s terrifying struggles with genius and madness, and the rise and fall of a kid from Brooklyn who captured the imagination of the world.”