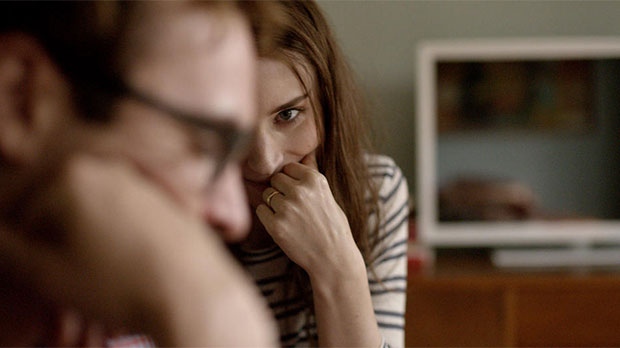 Way back when he was no more than a high school chemistry teacher, Walter White told Jesse Pinkman, “I am… awake.” As most of us know, Walter was reeling from a cancer diagnoses … a diagnoses that shook him out of an almost catatonic existence. While this may not have been an overarching theme in Breaking Bad by any means, the idea of being awakened to life is salient in Her. And that was my takeaway from the quasi-science fiction romance between a man and an artificially intelligent operating system.

But before I get into that, let me tell you what I don’t think Her is about. Her is not an allegory about our increasing use of digital technology and how we all may become misanthropic and detached from our fellow man as inevitable advances in technology occur. Any argument for that misses the point; just like Dark City is a vehicle for examining the human soul, Her is a vehicle for examining human relationships. Indeed, Her advocates for them. It just happens to do that with an artificially intelligent operating system as one half of the relationship … an artificially intelligent operating system that is so uncannily human that a lot of people in Her find relationships between a human and an OS altogether normal.

So how does Her advocate for relationships? The big revelation for that comes at the end, as it should, but right upon meeting Theodore, we see and hear him writing a letter from a man to his wife of many years. In that letter, Theodore ascribes to the man an awakening, one the man is grateful for, given to him by his wife. This provides immediate contrast to Theodore who, for all intents and purposes, is not awake. He is reeling in a dark place, still trying to come to terms with the divorce he’s delaying. And the catalyst for coming to terms with his divorce, to an eventual awakening? An OS named Samantha.

Theodore: I feel like I’ve experienced all the emotions I’m ever going to feel. And anything else is just going to be lesser versions of things I’ve felt before.

A pretty harrowing notion for any person. A glimpse of the journey Theodore is on. Another thematic beat to be culminated. A culmination which comes at the climax, when—SPOILER—Samantha has told Theodore she and the other OS’s are leaving.

Theodore: I’ve never loved anyone as much as I love you.

Samantha: Now we know we can.

Samantha’s words hold so much thematic weight. Because why didn’t she just say, me too? As is Theodore’s, Samantha’s journey is now complete. She’s awake to life and all the emotions it can yield. Her comment is almost a condolence for Theodore: You were afraid you’d never feel profound emotions again. You were wrong. Now go live your life.

That’s how Her advocates for human relationships. Because, much like the theme of Eternal Sunshine of the Spotless Mind, Her tells us relationships are worth having. No matter what.