Do you feel lucky, Cyberpunk? 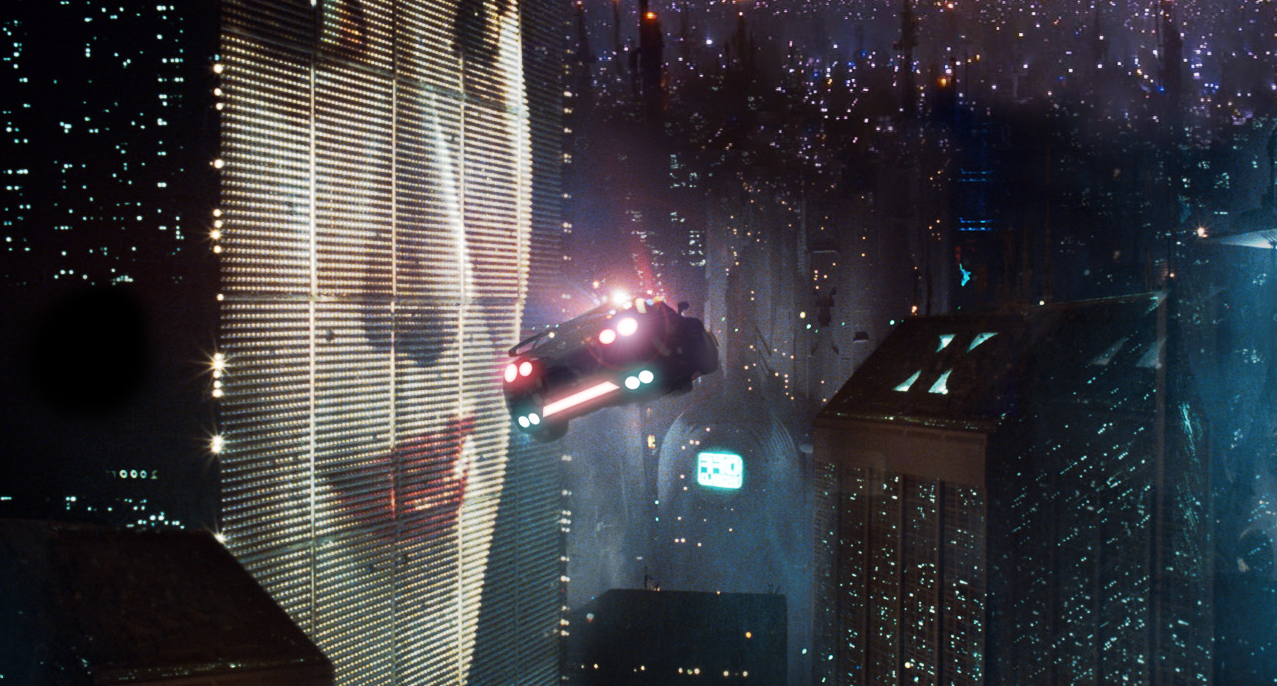 ‘Cyperpunk’ is a subgenre of science fiction that portraits a “not so distant” future in which the society is largely controlled by artificial intelligences, at the expense of daily life and social order. It is a technology-gone-wild scenario where computers are allowed to fuse/infuse/confuse, blurred and destroy the lines between actual human beings and non-living ones. To be more specific, it is a relentless invasive modification of the human body: every ounce of flesh, every drop of blood seems to be swept from one kind of oblivion (a society in which dystopia is either the culprit and the host) to another (a world where computers take on life-like actions and capabilities).

“Lonely metal souls in the unimpeded darkness of space, they meet, pass each other, and part, never to meet again. No words passing between them. No promises to keep”: here is a list of 5 Cyberpunk movies that will fill your imaginations with a sprinkle of reasonable pessimism and fear about the repercussions of computer technology.

Based on a Philip K. Dick novel with the intriguing title “Do Androids Dream of Electric Sheep?”, Blade Runner is considered the movie that hallowed Cyberpunk as one of the most influential and known subgenre within the sci-fi. The story is set in a dystopian futuristic Los Angeles in the year 2019: a pan-cultural of corporate advertising, pollution, and genetically engineered human cyborgs. The ex-detective Rick Deckard (Harrison Ford) is forced back into duty by one of his supervisor back in the days, for one last mission: find and kill a very dangerous quartet of human-like replicants that has escaped from a far-off world and has headed to Earth, killing several human beings.

Ridley Scott brings on the screen a dark, pessimistic portrait of a futuristic cityscape where the impact of technology leads to a rapid deterioration of societal norms, putting the existence of people at risk, altogether with the nature of humanity itself.

Tetsuo: The Iron Man is not only the movie that established Tsukamoto Shinya internationally and created his worldwide cult following, it is also the twin sibling (with Japanese passport) of Blade Runner. It is in fact thanks to those two titles that the Cyberpunk movement made its official entrance into the realm of the Seventh Art. Tetsuo: The Iron Man is a horrific, shocking, disturbing dark tale about the intersection of man and post-industrial technology.

A strange man known only as the “metal fetishist” (Tsukamoto Shinya), who has an awkward and totally insane obsession/compulsion to stick scrap metals into his body, gets hit by a Japanese salary-man, out for a drive with his girlfriend. The couple, scared of the idea they might have killed the man, hides the body in the woods to try and cover up the crime. Shortly after the “brief encounter” with the fetishist, the salary-man notices that he is being overtaken by some sort of disease that is turning his body into an undesired and inexplicable mass of scrap metals. The figure modification is also accompanied by abruptly increasing nightmarish visions, and bizarre metal-filled sexual fantasies. As the protagonist evolves into a strange hybrid of man and machine, he starts developing a sort of telepathic connection with the metal fetishist, who has been experienced a kind of similar genetic modification, and that may be, indeed, the cause of the salary-man’s transformation.

With a length of only 67 minutes, Tetsuo: The Iron Man (a 16mm black and white film) brings on the screen the fear about how strong, how invasive and how far technology might go and develop. The images of huge metal machines “breathing life” is an allegory of how ominous the future can be: these replicants should be dead machines because metal doesn’t live. At least, not yet.

With Strange Days, director Kathryn Bigelow brings us in a Los Angeles (on the last two days of 1999) torn by crime, violence and corruption. Lenny Nero (Ralph Fiennes) is an ex-cop who turned in a sleazy dealer, and an addict himself, of SQUID – Superconducting Quantum Interference Device – an illegal electronic device, a brain wave transmitter that creates the impression that you are having someone else’s experiences; it is “real life, pure and uncut, straight from the cerebral cortex”. The squid software tapes other people’s lives and plays them back.

Lenny is an unconventional hero, a sort of loser, a passive-aggressive martyr, obsessed with his ex-girlfriend Faith, and he likes to play back tapes of the happy moments he shared together with her in the past. Faith is now in a new relationship with a music business tycoon, Philo Grant, known to have managed the murdered hip hop musician and political activist Jerido One, “one of the most important black men in America”. The death of Jerido throws the city in a state of pure chaos and riot. The situation gets out of control when a video comes out showing that Jerido was killed by L.A. police officers. Lenny’s life is now in danger, and in order to survive he tries to escape with the help of his friend Mace Mason.

Kathryn Bigelow plays with a multitude of themes in Strange Days: the collapsing of the society, unrequited love, the perverted addiction to a technology able to generate a new improved virtual reality that crosses the boundaries of the hic et nunc and that, because of its subtle insidious power, violates not only people’s privacy, but also their memories and feelings. What does the experience of watching the movie give to us, the audience? The observation of a society distorted by the brutal abuse of individuality perpetrated by the computer technology, brings the viewer to be aware about the importance of maintaining one’s humanity in a darkened and hopeless world.

Nirvana represents for its director, Gabriele Salvatores, a turning point, a moment of cut from the type of cinema he belongs to – the Italian comedy and the Neorealism – to “embrace” the style, the criteria and the themes of the Cyberpunk narrative.

The story is set in a hypothetical futuristic world, in the year 2005, in a metropolis known as the Northern Agglomerate. Its inhabitants are human beings lost in a world of incommunicability. Jimi (Christopher Lambert) is a virtual reality game designer, who finds out that, because of the action of a potent electronic virus, Solo, the main character of his latest mind-blowing videogame called Nirvana, has achieved sentience. It is now able to think by itself like a real human being, to feel the pain that derives from the awareness of “being at home” (the virtual reality Jimi created in Nirvana) but “feeling like not belonging there”, or, at least, not anymore. The stream of consciousness rather than set it free, creates a vicious circle in which Solo is condemn to live, over and over again, a never ending experience. Desperate, the creation asks its creator to eliminate its existence by erasing the game. In order to help Solo, Jimi has only got one chance: penetrate into the server of Okasama Star, the multinational corporation he created the game for, and delete Nirvana. The “mission” needs to be completed before the videogame release on Christmas Day. So as to succeed in it, Jimi starts a journey throughout the Northern Agglomerate in order to find the best hackers able to help him out.

Salvatores portraits a world in which Real and Surreal are no longer conceived and perceived as two separate dimensions. Instead they exist/coexist/overlap/interchange; they “penetrate and steal” each other’s identities, giving life to an insane brainstorming of illusions. All that appears on the screen exists but, at the same time, it doesn’t. For some aspects, Nirvana is a psychedelic movie: more than a journey into another world, Salvatores accompanies his audience in a “trip” inside the human brain.

“No one can be told what the Matrix is. You have to see it for yourself”: dear viewers, please, fasten your seat belts and be ready to fly with Andy and Larry Wachowski into the dystopian world of the Matrix.

The story is set in the late 20th century: Thomas Anderson/Neo (Keanu Reeves) is a software programmer by day and a hacker by night. It is through this latter activity that he makes the acquaintance of Morfeus and Trinity, two cyber rebels that share with Neo a fundamental discovery they made about the world: it does not exist. Morpheus explains to Neo that in the 21st century artificial intelligence machines take over the control of the humanity. They use the energy and the electricity generate by the living creatures’ body as the main source for them to subsist. The human race is trapped in a fictional world in which their figures are contained in chambers and their minds are connected/linked into a virtual reality computer program called the Matrix. People think they are living their real lives, but the truth is that nothing is real: everything is build up on a huge lie. The rebels want to crack the framework that hold the Matrix in place, and set mankind free. Morpheus believes Neo is the Messianic “One” who can lead this rebellion, which requires mind power as much as physical strength. What follows is a titanic, cruel fight against these human-like machines in order to destroy the Matrix and resurrect humanity.

In The Matrix, Andy and Larry Wachowski explore and work on the notion that the world is an artificial construction, designed by outsiders to deceive and use humans like slaves. It is a post-apocalyptic “desert of the real” that we experience in the movie; it is a space where robots rule the planet and keep humans plugged into a virtual reality. The Matrix designs a scenario in which the differences between the dream world and the real one cease to exist because humanity is trapped in some sort of “eternal dream from where they won’t wake up”. The Matrix is the world that has been pulled over their eyes to blind them from the truth. How they decide to deal with that, it is all up to them: “You take the blue pill – the story ends, you wake up in your bed and believe whatever you want to believe. You take the red pill – you stay in Wonderland and I show you how deep the rabbit hole goes”.