"...a moody meditation on an arguably immoral war that was met with enormous resistance at its outset."

Compare the content Ang Lee’s Billy Lynn’s Long Halftime Walk to the other prestigious war movie showing in cinemas at the moment – that’s Mel Gibson’s Hacksaw Ridge – and the unfavourable critical and commercial response that Lee’s film has been met with becomes a little more comprehensible. Lee’s film is the superior, by far, in almost every regard. And yet it was Gibson’s film that received a ten-minute standing ovation at the Venice Film Festival earlier this year, not to mention that it is also currently enjoying 86% on the review aggregate website Rotten Tomatoes (not a persuasive gauge of a film’s worth, but certainly more favourable than Billy Lynn’s 43%). Lee’s film, by contrast, has been met with reviews ranging from warm to icy cold and made a meagre $901,062 on its wide expansion in the United States over the past weekend, earning it the distinction of enjoying the 25th worst opening weekend for a film showing on over 1,000 screens.

The two films are inversions of one another. Hacksaw Ridge is the archetypal example of a feel-good story told within the context of a horrific historical situation. It revolves around the individual heroism of a soldier in the heat of battle in World War 2. He was fighting the Japanese, not the Nazis, but speaking in terms of broad public consciousness, World War 2 means Nazis and there have been few more unambiguously villainous adversaries in recent history than the Nazis. That’s a war worth fighting. You may just walk out of the cinemas feeling paradoxically optimistic about all the carnage you just witnessed. 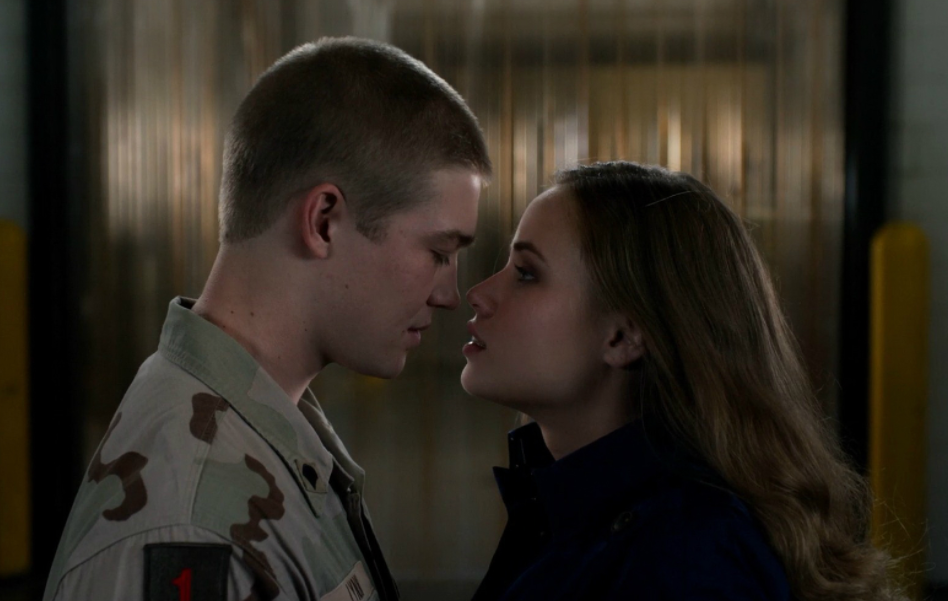 Lee’s film is a moody meditation on an arguably immoral war that was met with enormous resistance at its outset. It also portrays the excesses of certain elements of American culture as completely at odds with the realities of war. It’s uncomfortable viewing, something which is amplified by the manner in which Lee has approached the film. This review is of a screening projected at the usual 24-frames-per-second (the standard frame rate for most films since as far back as the silent era) but Lee shot Billy Lynn at an extraordinary 120fps, which is surely impossible to imagine without experiencing it. The attendees of screenings in which it was projected at 120fps by-and-large described the format as troublesome and jarring. There will be no screenings of the film at 120fps in Australia, so we may never be able to appreciate the film as Lee intended.

Beyond the unusual frame rate, which isn’t relevant to this review, Billy Lynn is still a peculiarly handled film. The film is stagey, with long, unnatural monologues, many of which are delivered directly to camera. The narrative is disjointed and erratic, jumping around a series of flashbacks and using one Thanksgiving NFL home game in Dallas, attended by the titular Billy and his comrades, as an anchor point for the action. There’s no consistent train of thought, no character arcs, no real resolution. The discomfort that Lee generates is intentional, perhaps designed to simulate the sensation of PTSD as much as anyone who had not experienced it possibly could.

The plot is loose. Lynn (Joe Alwyn) is a decorated war hero on leave from his tour of duty, finding it difficult to come to terms with his martial duties back home in America. He is obliged to attend the NFL game in Dallas with his Bravo company. A Hollywood executive tries to obtain a large payout for the men in exchange for the rights to their story. Lynn meets a cheerleader, who doesn’t know him but knows of his exploits, and the two hit it off. He receives pressure via text message from his sister, who wants him to use his potentially real PTSD to opt out of another tour of duty. The plot is also rather meaningless, but that’s not a criticism. If there’s one thing that Ang Lee’s film does remarkably well, it’s conveying how uneasily life after experiencing the horrors of war must fit in with parts of life a soldier once thought was normal. What would a halftime performance from Destiny’s Child look like to a man who has killed another man with a knife?

Billy Lynn’s Long Halftime Walk isn’t an easy film for nor is it a perfect one but it has an awful lot to say and says most of it well. Much has been made of Lee’s decision to shoot (and, where possible, screen) the film in 120-frames-per-second, while many of the film’s actual merits have been left unrecognised. Many ostensibly anti-war films fail their fundamental impetus by succumbing to the pressure to be entertaining. Saving Private Ryan isn’t an anti-war film because the battle films are rousing and beautiful. Billy Lynn’s Long Halftime Walk isn’t beautiful and it’s not rousing but it is very rewarding.