"Blockers encourages humour by way of its congenial tone and likeable cast."

"...at its best when it focuses on their daughters navigating the opposite sex, taking control of their own destinies and understanding that there is simply no shame in young women having sex..."

Whether it is the beginning of a welcome trend or an irregularity, there have been two enjoyable American comedy films in almost as many weeks. The first was John Francis Daley and Jonathan Goldstein’s Game Night, which made me smile more than it made me laugh but avoided the relentless (and tedious) ad-libbing and homophobic punchlines that have become staples of Hollywood humour since the ascent of Judd Apatow’s authority in the film business. 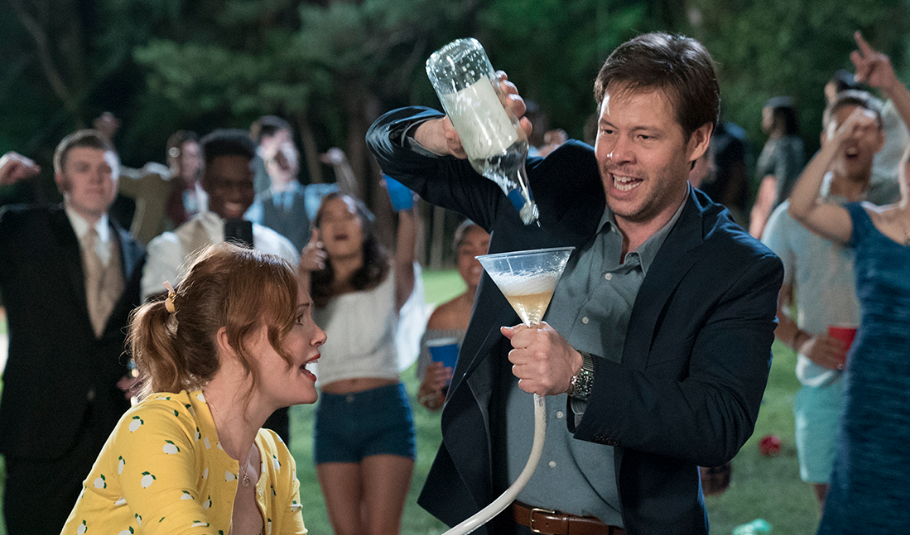 The film follows two separate groups of protagonists. Three young women, Kayla (Geraldine Viswanathan), Sam (Gideon Adlon) and Julie (Kathryn Newton), plan to lose their virginity on prom night, because it’s prom night. That Kayla and Sam don’t seem concerned whether the experience is particularly special is the first indication that Blockers has a more contemporary attitude towards female sexuality than comparable movies of the past.

Lacking that contemporary attitude are three of the girls’ parents, (John Cena), Lisa (Leslie Mann) and Hunter (Ike Barinholtz), who catch wind of their daughters’ plans and decide to follow them to prom to thwart the possibility of loss of innocence. Their words, not mine. Lisa is particularly worried about Julie, her daughter, making a mistake that she will regret for her entire life.

The girls, unaware that their parents are on their trail, manage to stay one step ahead by party-hopping, with every destination bringing them closer to their plans. Julie has a long-term boyfriend and wants her first sexual experience to be perfect. Kayla picks a boy at random, but it is a boy who may be more interested in eating DMT macarons than sex. Sam is actually gay but isn’t able to tell the others and doesn’t want to be left out of the pact.

The film has been promoted as being chiefly about the three parents and there’s certainly a generous amount of eccentric behaviour from the older trio, not least the afore-mentioned anus beer scene yet Blockers is at its best when it focuses on their daughters navigating the opposite sex, taking control of their own destinies and understanding that there is simply no shame in young women having sex, a sentiment that ought to be promoted as much in real life as it should be in cinema. 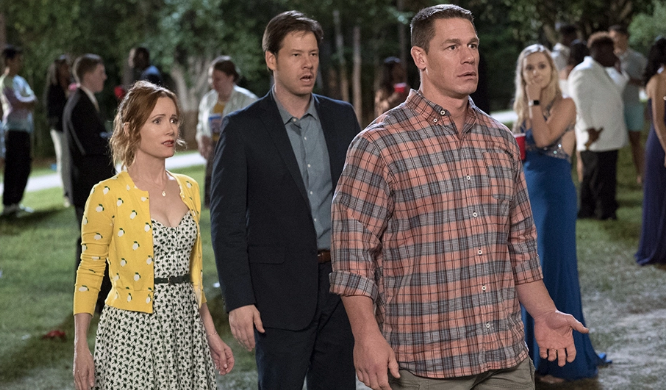 Director Kay Cannon handles the interchanging between the parents and the children deftly. As funny as Cena, Mann and Barinholtz can be, without the strong emphasis on their relationships with their equally funny daughters, the film might have withdrawn into that Apatow tendency to riff on one-note characters that all sound like they’re exactly the same person.

Blockers puts Kayla, Sam and Julie into a situation that young men in films have found themselves for decades. American Pie comes to mind most readily, but it’s the tip of an enormous ice-berg of gross out fraternity comedies. Crucially different here is that their sexual ambitions spawn a rescue mission rather than a celebration. Ultimately however, it’s the parents who emerge ashamed. 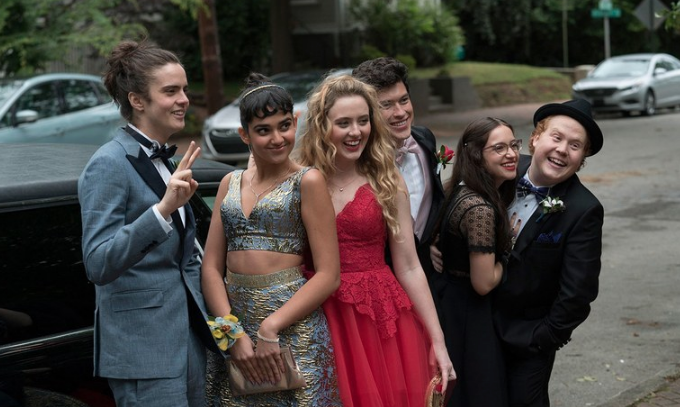 If you have only seen the trailer for Blockers you might think that John Cena chugging a beer anally is the only sort of thing that the film has to offer. There’s more to it than that and more to it than most American comedies of recent years. Blockers is a step forward from films such as Bridesmaids and Neighbours 2: Sorority Rising because it allows women a lot more than just the best punchlines.