"Garland has created a mood unlike anything in recent cinema, but in doing so he has left his narrative a bit disjointed."

Alex Garland wears his science fiction influences on his sleeve, and boy does he have some good ones. If Ex Machina drew favourable comparisons to the work of Stanley Kubrick, then it’s the work of a more abstract master, Andrei Tarkvosky, that emerges from the longtime writer’s second feature as a director. Annihilation, Garland’s adaptation of the Jeff VanderMeer novel, feels like a reimagining of Tarkovsky’s 1979 film Stalker. Both films feature groups of damaged human beings venturing into a restricted zone where the normal rules of science do not apply, searching for answers to existential questions.

The difference is that Annihilation is far more crisp and beautiful than the intentionally grungy and desaturated Tarkovsky film, which makes it all the more cruel that Netflix decided to release it only on streaming in Australia. Then again, that decision also means most people can watch one of the most visually innovative and philosophically confronting films of the year right now just by clicking open another tab on their browser. 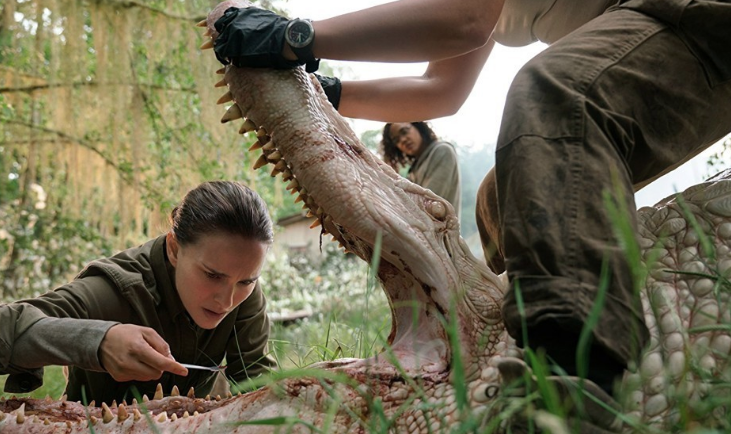 Aliens have ridden in to Earth on an asteroid, or so the opening moments suggest, as some kind of object penetrates our atmosphere and crashes at the foot of a lighthouse in what appears to be the southern coastline of the United States. A “shimmer,” as it comes to be called, starts to emanate from the area, creating a distortion in the visual field but no apparent harm to anything beyond it. Then again, nothing sent in by scientists or the military has ever returned in three years of trying to research this thing, so harm is considered highly likely. And with the shimmer expanding outward, the assumed harm is starting to spread. 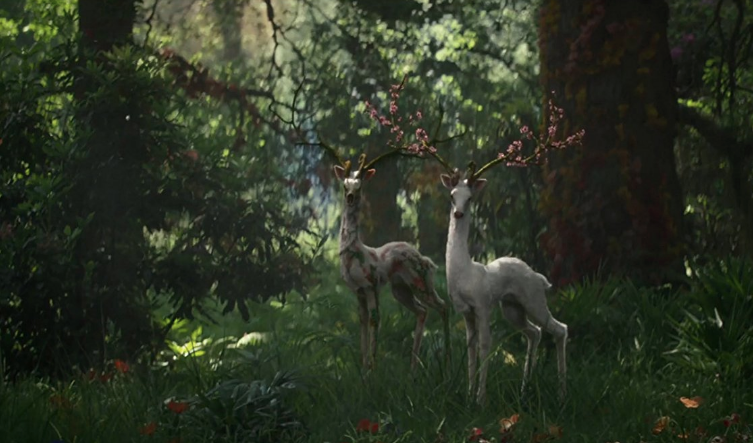 The plot is set in motion by something that does return, but who or what is probably the type of thing that’s worth shrouding in mystery at this point. Mystery, highly eerie mystery, is a major skill of Garland’s, and I wouldn’t want to undo his hard work. But it’s probably worth telling you that Natalie Portman plays a biologist who gets exposed to this major secret for reasons that have nothing to do with her profession, though her profession is a felicitous reason to consider her for the latest incursion into the shimmer. She joins four other women for a mission into this most stupendous form of the unknown, a mission they may not return from, but which may have its own rewards that go beyond their corporeal form.

Movies that gear us toward a central enigma have an unenviable task. The better job they do of building things up, the higher the expectations are for the payoff. It’s no surprise, then, that Annihilation is going to squander some of its good will by having to go with something concrete when it’s time to reveal the mystery. “Concrete” does not mean that anything in Annihilation is over-explained, and in fact, some might complain that “what this is” is something Garland et al might have delivered to us more definitively. Really, it’s just that when a movie does such a good job whetting our appetites for something mind-blowing, we can’t help but be disappointed when our minds are not fully blown. If you’re a cynic, you’ll say that a blown mind is no longer an attainable condition, after centuries of storytelling and many decades of the science fiction variety thereof.

Garland gets us closer to that state than many other filmmakers, and for this he should be commended. As the group crosses the rubicon into the shimmer, exhilarating oddities are doled out to us at perfect intervals. Plants are not quite like plants. Animals are not quite like animals. And human beings – what’s left of them – are very much not like human beings. The ways in which these things differ will make your skin crawl, though are often suffused with their own beauty.

The paradox about the space within the shimmer is that it’s both a place of beauty and a place of dread. The score by Jeff Barrow and Ben Salisbury and the sound design by Ben Barker underscore the dread, and they are indispensable to the film’s tone. Some of the images within the shimmer seem impossible, but it’s the impossible sounds that might leave you awake at night.

Garland has created a mood unlike anything in recent cinema, but in doing so he has left his narrative a bit disjointed. Remember how half the things introduced on the TV show Lost never paid off? You might make that argument about Annihilation. The shimmer is a place where rules don’t apply, but storytelling rules still apply to the film, and it’s reasonable to be frustrated by the loose threads Garland leaves. 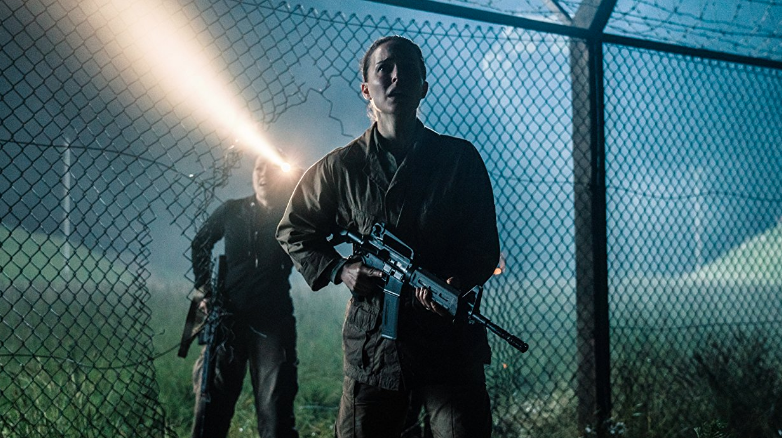 One of these is the fact that the mission is comprised entirely of women, a fact that is not merely incidental, as Portman’s character comments on it. The film never explains the significance of their gender, so it’s as likely to be a form of political pandering as anything else. (A welcome form of pandering, to be sure). Another key story element involving Portman’s character does not seem to go anywhere.

When a movie is doing this much visually and sonically, you kind of don’t care. It has its flaws, but Annihilation is the work of a visionary. It may not be embraced with the same breadth as something like Ex Machina, but those who love it will squeeze it all the more tightly. For the right type of cinephile, it’s a fever dream of inspiration and a one-of-a-kind experience