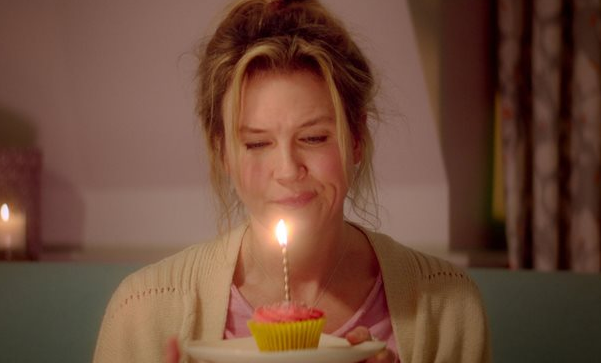 I ordered a pizza once and received a free copy of Bridget Jones’s Diary on VHS. I also harbour certain vulnerabilities when it comes to romantic comedies. Is it wrong for a man in his late twenties to be susceptible to the power of a good romantic comedy? I’m not so sure it is. I have fond memories of that VHS. Bridget Jones’s Baby is the second sequel in the Bridget Jones franchise, arriving in cinemas twelve years after the disappointing Bridget Jones: The Edge Of Reason and sixteen years after the charming original. It’s a better film than the second and a worse one than the first. There’s also every possibility that my enjoyment of it outstripped its quality.

Bridget Jones’s Baby contains much of what there was to enjoy about the original film and a little of what made the sequel less enjoyable. There are more laughs in Sharon Maguire‘s film (Maguire directed Diary, but not Reason) than almost every other comedy release that I have seen this year. Bridget is a wonderful character for a romantic comedy, because she embodies familiar insecurities, and imbues them with a charm that makes us feel not so woeful about our own everyday anxieties. That’s not to suggest that I am personally worried about becoming a spinster as a twenty eight year-old man (although almost twenty nine, and the lines are starting to show on my face and my bum is looking bigger every day), but there’s a lot that’s relatable about Bridget’s navigation through her own life. Perhaps it’s that inner monologue. We’ve all felt socially abysmal in situations in which there’s probably nothing to worry about.

There are also the manic, overblown narrative issues in the film that plagued The Edge Of Reason. A lot of Bridget Jones’s Baby is very farfetched. Gratuitous encounters with celebrities  is something that a lot sequels embrace for many of the wrong reasons. There are also a number of the rom com cliches that are hallmarks of the genre but indicate creative tiredness – misunderstanding as a result of coincidence, unnecessary deceit bringing about conflict etc. – you know them and they haven’t been clever parts of any romantic comedy for years, maybe decades. 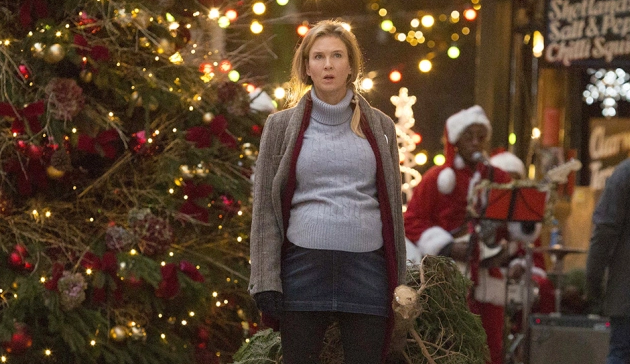 One could argue that logic, originality and many of the other traits of quality filmmaking don’t matter as much in a romantic comedy, if the film tugs at the heart strings and  if it entertains. I’ve talked about a similar question when it comes to comedies that make you laugh or horror films that make you afraid but are otherwise poor examples of cinema. Bridget Jones’s Baby is funny and it’s emotionally manipulative (perhaps mores so for the rom com inclined). But there have been exceptionally made romantic comedies, and Bridget Jones’s Baby is not one of them.

Bridget (Renée Zellweger) is forty-three years old and she is celebrating her birthday on her own. “How did I get here again?” she wonders. A colleague suggests that she needs some rest and relaxation, but instead takes Bridget to the famous English music festival, Glastonbury. She has a drunken one-night stand with a handsome stranger, Jack (Patrick Dempsey), and slinks off the next morning. A few days later, she bumps into her old flame, Mark (Colin Firth), who has recently separated from his wife. The two sleep together. It will be no secret to anyone who knows the title of the film and has seen the poster that Bridget ends up pregnant.

Dempsey’s Jack is a sluggish replacement for the charisma of Hugh Grant as Daniel Cleaver in the original. The character is thinly – and lazily – written, and behaves so implausibly that the central narrative suffers for it. Firth as Darcy makes for a far more interesting and enchanting character, as a man who abandons all of his natural instincts when it comes to the woman he loves. Bridget Jones’s Baby is charming and it’s funny, sometimes very much so, and it will undoubtedly appeal to enthusiasts of the original a great deal. It just may not inspire a Pizza Hut promotion.