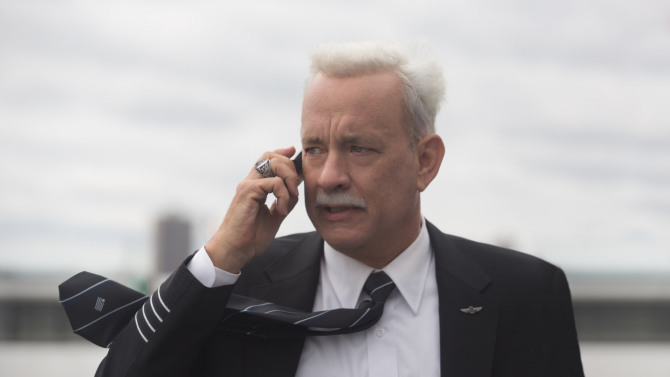 Clint Eastwood’s Sully is plagued by two principle issues. The first is the variety of film and the sort of characters that Eastwood is attracted to. People behave well or people behave poorly in Eastwood’s films. There isn’t room for moral ambiguity, even when characters behaviour dictates that moral ambiguity may have been appropriate. Good and evil rarely co-exist, because one or the other almost always prevails with characters in Eastwood’s films. When William Munny murders in Unforgiven, he’s murdering bad people. In the filmic language of a Western, that’s justified murder. In Gran Torino, Walt Kowalski may indulge in racist stereotypes and slurs, but the story amplifies his softer qualities, rendering Kowalski’s ugly ones mere colourful character decorations. Heroes and villains occupy Sully, but there might have been a more interesting avenues of the true story it engages to pursue.

The second issue of the film is that, even if there had been a more interesting avenue to pursue, the material simply isn’t substantial enough to fill a feature length movie – at least not as it’s presented in Sully. The story of Chesley “Sully” Sullenberger, the pilot that landed an Airbus A320 in the Hudson River after the plane struck a large flock of birds, disabling both engines, is remarkable but meagre. As a result of Sullenberger’s (Tom Hanks) miraculous landing, all 155 onboard lives are saved – unprecedented for a water landing. The pilot is hailed as a hero by the general public, but investigated by the National Transportation Safety Board, who believe that there is a chance the plane could have been landed safely in Laguardia Airport.

Eastwood has always been an understated filmmaker, one who champions simplicity in arguably ever facet of cinema. That tendency doesn’t serve him well in Sully. Interesting elements of Sullenberger’s story are touched on, but without the consideration they deserve. Is human experience more reliable than a computer simulation in relation to a high stress situation? Is society so cynical that a man like Sullenberger should have to face antagonism and persecution after bringing about such a positive outcome to a potentially disastrous situation? He’s being judged by people who understand technicalities and procedures but know little of the realities of a plane crash. Unfortunately, Eastwood is not a complex filmmaker. That’s not a criticism of Eastwood as a director – he has made a number of very fine films – but the matters at hand in Sully require more insightful guidance than Eastwood is capable of. 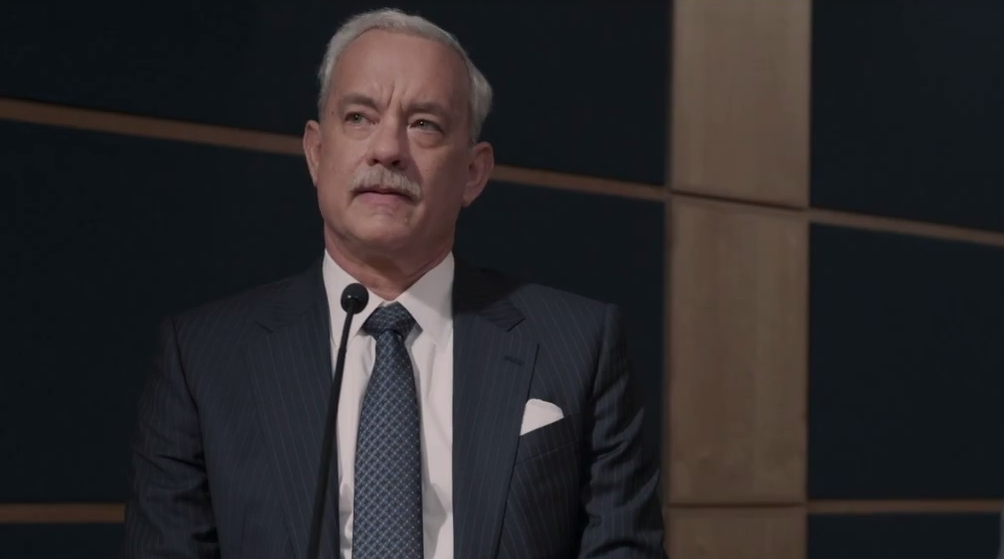 That simplicity extends into the weaker aspects of Sully. The investigators of the National Transportation Safety Board are so villainous and Sullenberger so noble that any uncertainty regarding where the story is heading is somewhat void. The writing is also underwhelming, particularly for the secondary characters. “I’ve been waiting for this trip for five years,” a character running to catch his plane says to his father, “don’t think for a second I’m going to miss it.” That’s bad writing. People don’t talk like that. Perhaps it’s all the more jarring because the rest of Sully is heavily rooted in reality.

Competence may be the one word that best describes Eastwood’s career. He has never been a particularly interesting filmmaker. He doesn’t have the virtuosic intuition of a truly great director, but there’s nonetheless a consistency and an industry to Eastwood’s work that’s admirable. There is also often the feeling that accompanies an Eastwood picture that you know exactly what you’re going to get. He applies the same method and tone to everything he makes, whether it suits the story he’s tackling or not. Consider the music in Eastwood’s films, written by the man himself, and how comparable every score is. That simple piano music that is synonymous with Eastwood (very effective in films such as Million Dollar Baby) chimes in periodically throughout Sully, and it distracts from the film rather than augments it. It doesn’t accomodate the events that are unfolding onscreen. It asphyxiates them.

Since that same, competent method is applied to every Eastwood work, perhaps the quality of his individual films has more to do with the quality of the writing, which Eastwood has never been involved in. Even Eastwood’s lesser films are proficiently presented. That’s how the man operates. When he’s manipulating substantial material, Clint Eastwood’s work can be outstanding. Sully is capable, but uninspired.