The term ‘chemsex’ is used to describe the habit of engaging in parties that can sometimes last for days, fuelled by sexual disinhibiting drugs. That’s something I didn’t know before sitting down to William Fairman and Max Gogarty’s new documentary, Chemsex. That chemsex is a widespread culture, which is posing a palpable threat to the international homosexual community, is something else that I didn’t know. The world that Fairman and Gogarty have infiltrated is so remote from my own experiences. The film’s participants try to explain themselves and their situation a way someone outside that world could understand.

Emotional connection engenders much of chemsex culture. Lack of emotional connection drives it. Not being a homosexual, I can’t speak for any difficulties such a sexual identity might entail, but Chemsex outlines a few. Is it these problems that drive these men to seek extremes in their mentality and sexuality? Perhaps. But everyone is different. Chemsex suggests possible cause but is more interested in effect; the effect on the men engaging in chemsex as well as in the community of homosexuals in London, which is the geographical focus of Fairman and Gogarty’s documentary.

The film interviews a host of gay men over the course of a year, each of whom have had experience in combining heavy drugs with sex. Chemsex parties involve multiple people and are usually coordinated online. It always seems to be the same drugs – crystal meth, GBL, GHB, and mephedrone – because they’re all disinhibiting. But meth and G reportedly combine to create a cocktail that engenders extreme behaviour, carrying potential risks regarding mental health. In one particularly difficult portion of the film, we follow one of the interviewees around his house. He’s psychotic, a result of the drugs. 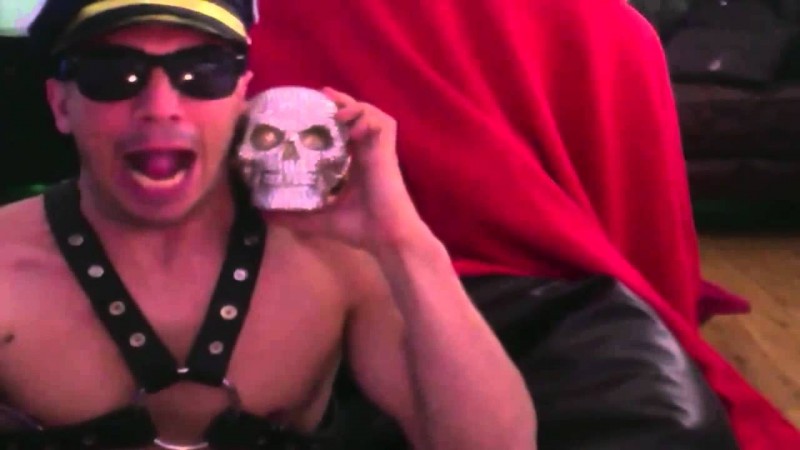 The interviewees speak candidly about the link between chemsex culture and the growing rate of HIV in London.Five men are being diagnosed with HIV in London, every day. One interviewee suggests that it’s often easier to be diagnosed, so you don’t have to worry about being diagnosed. They talk about ‘pozzing up’, or the process of wittingly being infected with the virus.

Having no experience within the chemsex culture myself, I can’t speak for how comprehensively Fairman and Gogarty have portrayed it, but that’s a classic quandary of the documentary medium. Will young gay men, with London on the horizon, watch the film and worry that there’s no alternative than world presented in this film? The community is certainly large enough and the practice with enough dire results that a clinic has been established. Its sole charge is dealing with the mental and physical health issues that arise as a result of chemsex. At London clinic 56 Dean Street, sexual health worker, David Stuart listens patiently to the men who come seeking his health. In the film he acts as the voice of reason. But he has his own experiences with the world of drug-fuelled sex.

Engaging in chemsex is the pursuit of the ultimate high. How do you go back from the pleasure that drugs and sex combined provides? The drugs are inextricably linked with the sex and sex is something that we all desire. “It looks to some people, like greedy, self-indulgent, promiscuous, gayboys going out and having fun on drugs,” Stuart says. “It’s a little more complicated than that.” Chemsex is a fascinating and troubling look at something very real. The questions remain though, of how widespread the problem is and how many people are being affected by it.