The air in there. 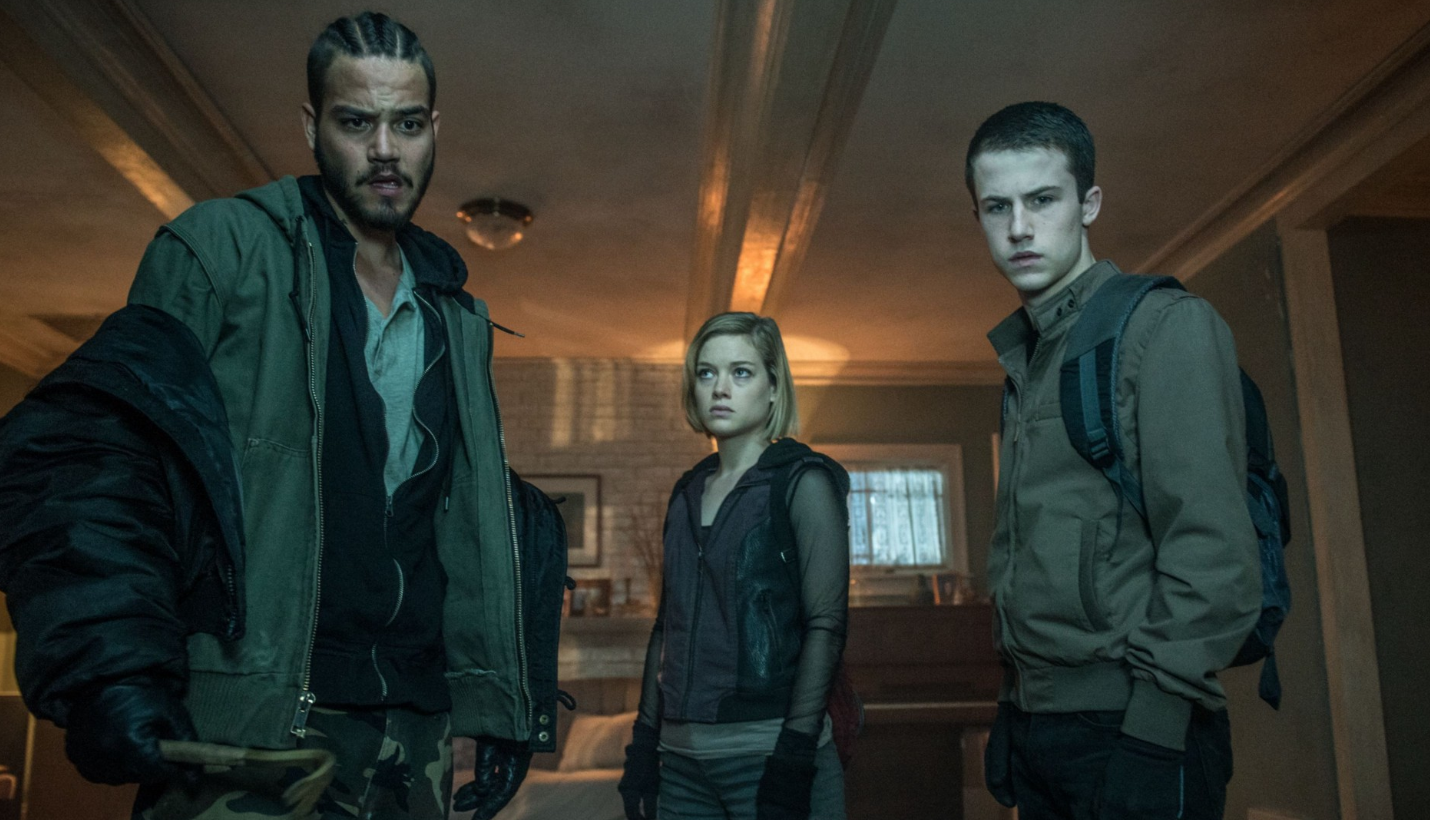 It’s been a year full of horror-thrillers set in confined spaces. Green Room, 10 Cloverfield Lane and the Netflix film Hush all worked that dynamic earlier in the year, and now Don’t Breathe follows suit by restricting its action to a solitary house in a section of Detroit that time and the housing crisis have forgotten. It’s a similar dynamic to the one in director Fede Alvarez’ previous film, the 2013 Evil Dead remake. While those four films run the gamut in terms of effectiveness, Don’t Breathe is at the top end of that gamut. It’s a squirmer.

If you go one step beyond the film’s confined setting, there’s a larger, more open setting that feels desolate and deserted. That’s the city of Detroit in 2016, where whole neighbourhoods have been left to moulder, and home after home is abandoned and scarred with graffiti. This decrepitude had a memorable showcase in Jim Jarmusch’s Only Lovers Left Alive, and here we’re hit with the same mood of loss and despair. That mirrors the mindset of a blind Gulf War veteran (Stephen Lang) who still lives in one of these neighbourhoods, grieving a daughter who was killed by a drink driver a few years back. If that’s not enough, three petty thieves have their eyes on the $300,000 settlement that came from her death, which is locked somewhere inside his house. So he’s the victim in this movie, right? 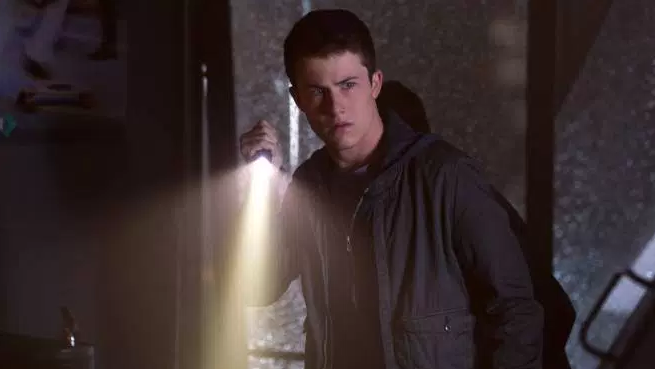 Think again. Our surrogates are the three thieves, one of whom is a dick, but the others seem pretty nice. The dick is called Money, and he’s played by Daniel Zovatto. Money is dating Rocky (Evil Dead vet Jane Levy), who’s the daughter of a trainwreck mother and who longs to get her little sister out of Detroit. They are both kind of using Alex (Dylan Minnette), a nice guy whose dad works for a security company, meaning he has the access, the hardware, and the tricks to beat home security systems. They figure they won’t need much luck in fleecing a blind man, who has no hope of defending himself, and if all goes as planned, won’t even know they’ve been there until it’s too late. When Alex balks at the idea, Money assures him “Just because he’s blind doesn’t mean he’s a saint.” And oh how true that ends up being.

If Don’t Breathe didn’t distinguish itself in the ways it tightens the screws, it would do so in terms of its grey moral universe. One might logically be horrified by the idea of ripping off a blind guy, who lost his eyesight serving his country and lost his daughter to vehicular manslaughter. Yet through a series of revelations and moments of brutality by the blind man, Alvarez and company do actually put us into the shoes of the three thieves (or, socks – they remove their shoes to avoid detection). Whether life dealing him a bad hand has turned him into a villain, or has only exacerbated tendencies that were lying dormant within him, this man is indeed evil.

That the thieves probably couldn’t have known this is a bit problematic from a moral standpoint, and it’s not the film’s only problematic element. Some of the details of this perfect theft are way too sketchy to leave its perpetrators with so much confidence in a successful outcome. For one, they have no idea where the money is. Secondly, there’s an extremely vicious dog they have to get out of the picture. Then there’s some noisy breaking in they must do even to search for the money, and they seem to disregard the common knowledge that the other senses of a blind person are heightened. One wonders why they even bother taking off their shoes once they’ve already used a rock to break the window. In short, if you want to pick apart Don’t Breathe, there are plenty of loose threads you can pull. 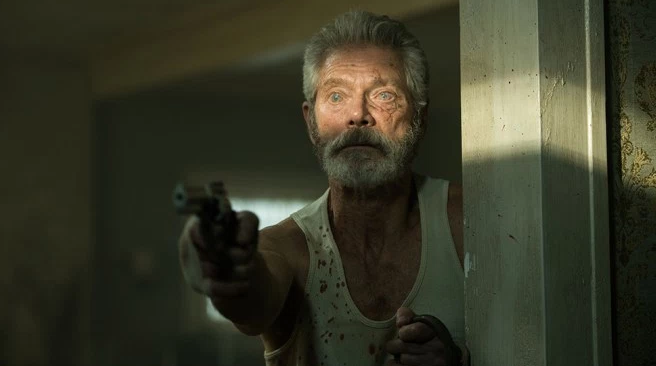 Chances are you won’t want to. Alvarez is giving us a master class on tension and suspense, pursuing all sorts of interesting avenues related to the power dynamics of a former soldier who can’t see but knows his own property, and the intruders who have the benefit of sight but not the benefit of fighting skills. Both are vulnerable in compelling ways, but only one seems deadly, especially once he begins making his advantages work for him. There’s something very human, and therefore all the more unsettling, about the ways the blind man is a frightening adversary. He doesn’t monologue or tell wisecracks; he’s no Freddy Krueger. He’s just a broken man with a sinister cynicism and nothing left to lose. And once his inner sanctum is invaded, he’s out for blood.

Alvarez takes us through a fleet 88 minutes of thrills and set pieces, power reversals and clever bits of luck – both good and bad. Pretty much everything that happens is a believable offshoot of something else that has been set up previously, which gives the film a tight sense of internal cohesiveness. There are even a couple “Oh no they didn’t” moments. Alvarez has taken a basic framework that doesn’t seem all that original and given it a thrilling sense of originality. Indeed, there are moments where you forget to breathe.