"Technology can be a dangerously appealing abyss when it becomes a crutch rather than a tool."

"Unfortunately many punters eager to see Gemini Man in Lee's intended format of 120 fps will be disappointed. "

If you stare long enough into the abyss, Nietzsche once wrote, the abyss also stares into you. I was reminded of the quip for two reasons while watching Ang Lee’s latest film, Gemini Man. It is about an ageing hitman, the best of his kind, who is hunted by a younger clone of himself. It is also an exercise on Lee’s part in the advancement of film technology. Technology can be a dangerously appealing abyss when it becomes a crutch rather than a tool.

Neitzche’s wrote that line in his book, “Beyond Good and Evil”, right after advising readers that those who fight monsters risk turning into monsters themselves. There is something decidedly Nietzschean about Henry Brogan (Will Smith). He is a man who has spent a life hunting people he is told are monsters. He has nightmares as a result of his work. And when the abyss stares back at him, it is his own face. Not a reflection – he can’t look at himself in the mirror after years of killing. It’s himself, thirty years younger, a clone designed to have all his strengths and none of his weaknesses. 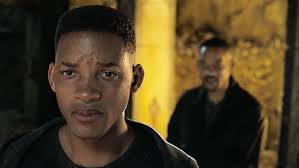 Lee may have been staring into the abyss too long as well. He has become one of the primary champions of advancing film technology. Gemini Man is a notable entry into the fading novelty of 3D films, utilising a state-of-the-art from of the technology called 3D+. It was also, like Lee’s previous film, Billy Lynn’s Long Halftime Walk, filmed at 120 frames per second.

To put this into context, almost every feature film since the silent era has been filmed at 24 frames per second, the minimal frames moving images need to create fluid motion to the eye. Peter Jackson’s Hobbit films were filmed and projected (only in cinemas with the appropriately advanced screening technology) at 48 frames per second. Anyone who caught such a screening will tell you how bizarre an experience it was. Those films didn’t look like cinema as we know it because we have spent our entire lives conditioning ourselves to accept 24 fps as normal.


There is nothing wrong with advocating the progression of technology – without those who have we wouldn’t have A Trip to the Moon, The Jazz Singer,  The Wizard of Oz or Jurassic Park – but there is an argument to be made for filmmakers pushing the envelope to do a good job lest their failed experiments fall on deaf ears. Steven Spielberg used CGI so cleverly in Jurassic Park, many of the special effects look better than those in Jurassic World: Fallen Kingdom, released twenty-five years later.


Unfortunately many punters eager to see Gemini Man in Lee’s intended format of 120 fps will be disappointed. The early screening in Melbourne was screening in 50fps, still a higher frame rate than most movies but still not exactly the film Lee wants us to experience. Whether the planned frame rate enhances the film I can’t comment on but the 50 fps screening, as with Jackson’s Hobbit movies, added little more than gimmick. It may be difficult convincing a world to embrace an alternative unless that alternative exhibits tangible benefits. 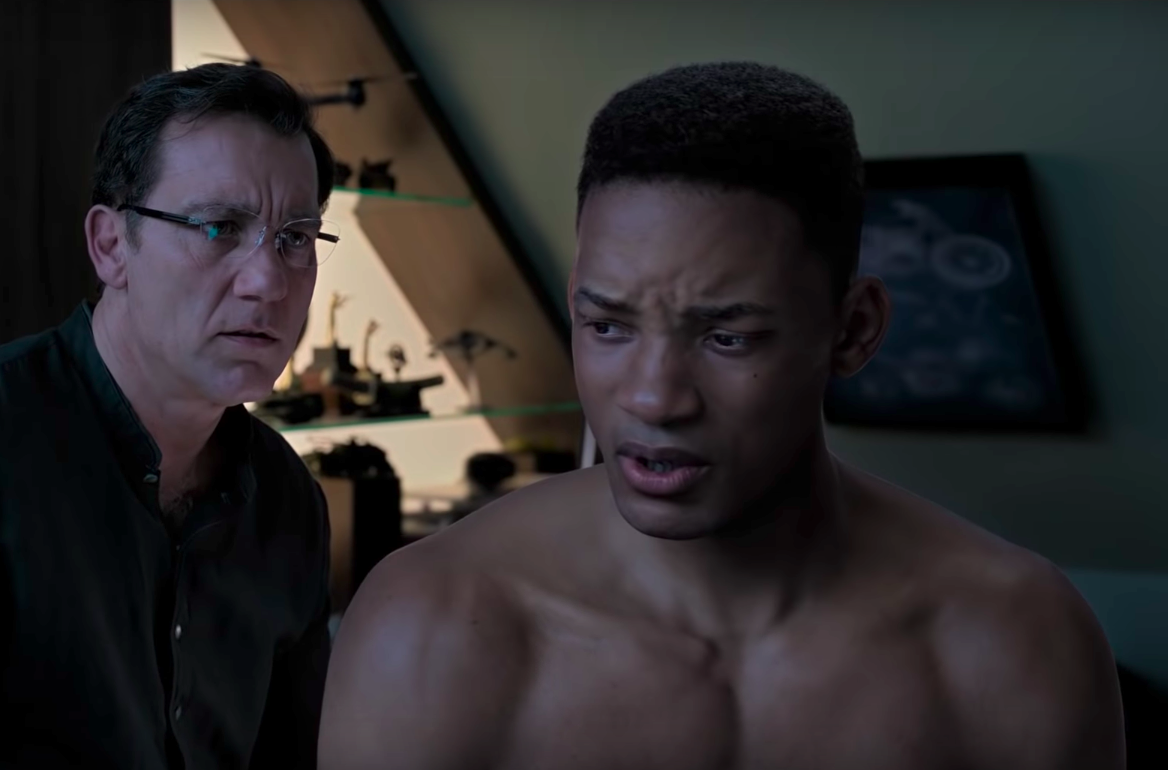 De-aging computer imagery is central to the premise of this film. Both Brogan and his clone, Junior, are played by Smith. Smith, like Brogan, is fifty-one years old. Junior, often looks like a nearly wholly convincing rendering of Smith back when he was a young star. But the technology is rarely fully convincing and often Junior veers dreadfully into the uncanny valley. De-aging computer imagery simply isn’t at impressive enough point to create realistic faces. Gemini Man will probably do little to alleviate concerns regarding Scorsese’s upcoming The Irishman.

Technology aside, Gemini Man is an underwhelming film. David Benioff, responsible for Troy, X-Men Origins: Wolverine, Game of Thrones and now this, has proven himself a woeful screenwriter and should never be commissioned to write another script and should have his upcoming Star Wars film taken away from him. Lee, usually a versatile and innovative director, adopts a lifeless style and builds a waddling pace.