"Get Out has an appreciation of the strengths of its genre, which is horror, and exploits them. "

"There's a clear admiration for the heritage of horror cinema, and Peele's influences are numerous and conspicuous."

Get Out has an appreciation of the strengths of its genre, which is horror, and exploits them. It also recognised the genre’s regular blemishes, and contradicts them. It offers insight regarding a widespread cultural shortcoming – a specific form of racism – something of a rarity for a horror movie. It’s scary, and doesn’t rely on fright by means of shock, also rare in contemporary horror. It is one part horror and one part satire, with its discerning eye fixed on middle-class liberals, who will probably and ironically constitute a large portion of its audience.

Jordan Peele, hitherto primarily celebrated for his work on the Comedy Central sketch series Key & Peele and for his work as a cast member on MADtv, directs the film from his own script. Get Out is his directorial debut, which is astonishing primarily for the reason that the manner in which Peele lays out every step of his plot is suffused with creative confidence in spite of its thematic complexity. Suspension of disbelief is required, but it’s also compelled by Peele’s unconditional artistic assurance. 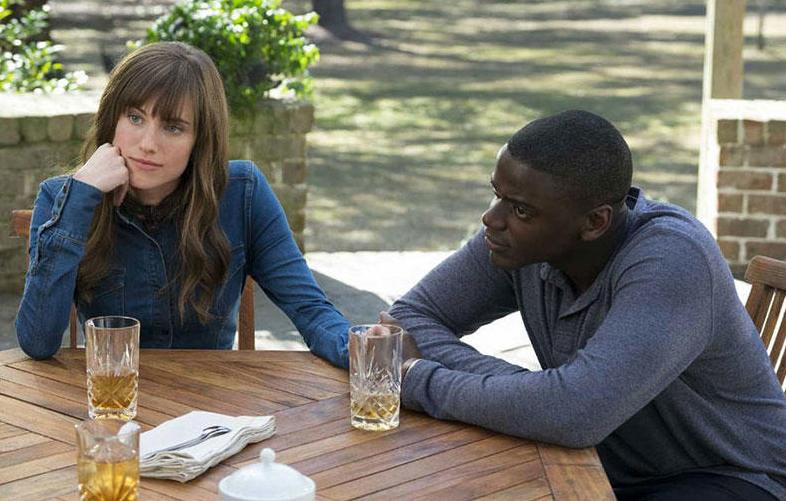 The film follows Chris (Daniel Kaluuya), a young photographer, preparing for a weekend away to meet the parents of his girlfriend Rose (Allison Williams). Despite Rose’s protestations to the contrary, Chris worries about the fact that she has not informed her family that he is black when she (and they) are not. Rose insists that they will be comfortable with the difference in race.

And in a way, they are. Arriving at the family house, Chris is taken aback by how much Rose’s mother, Missy (Catherine Keener) and Dean (Bradley Whitford), seem compelled to advertise how positively they feel about the racial disparity. But nobody feels at ease, and nobody appears to be saying what they really feel, particularly the only other two black people in the house – the servants, Georgina (Betty Gabriel) and Walter (Marcus Henderson), who move silently about the house in the dead of the night.

Peele has undoubtedly embraced the inventive interweaving between naturalness and hypnagogic acidity that helped establish Key & Peele as one of the most popular comedy shows on television for this film, albeit with a nastier edge. Get Out is scary, and it’s unsettling. It’s occasionally funny, but generally the humour is coated with a tart edge that’s appropriate given the racial passive aggressively that saturates the film’s environment and the characters that inhabit it. Peele has a knack for not-so-subtle visual metaphors, from silver spoons, to the picking of cotton, to a character who can’t quite bring themselves to mix milk with Fruit Loops.

There’s a clear admiration for the heritage of horror cinema, and Peele’s influences are numerous and conspicuous. Even casual fans of the genre will notice traces of The Stepford Wives, Rosemary’s Baby, The Night of the Living Dead or The Texas Chainsaw Massacre. The counter-logic famous in slasher films, such as Scream or Halloween (which sends characters in peril running up the stairs to their doom) is addressed, to a degree. Horror fans fond of yelling at the screen may find the manner in which characters behave in Get Out happily sensible. 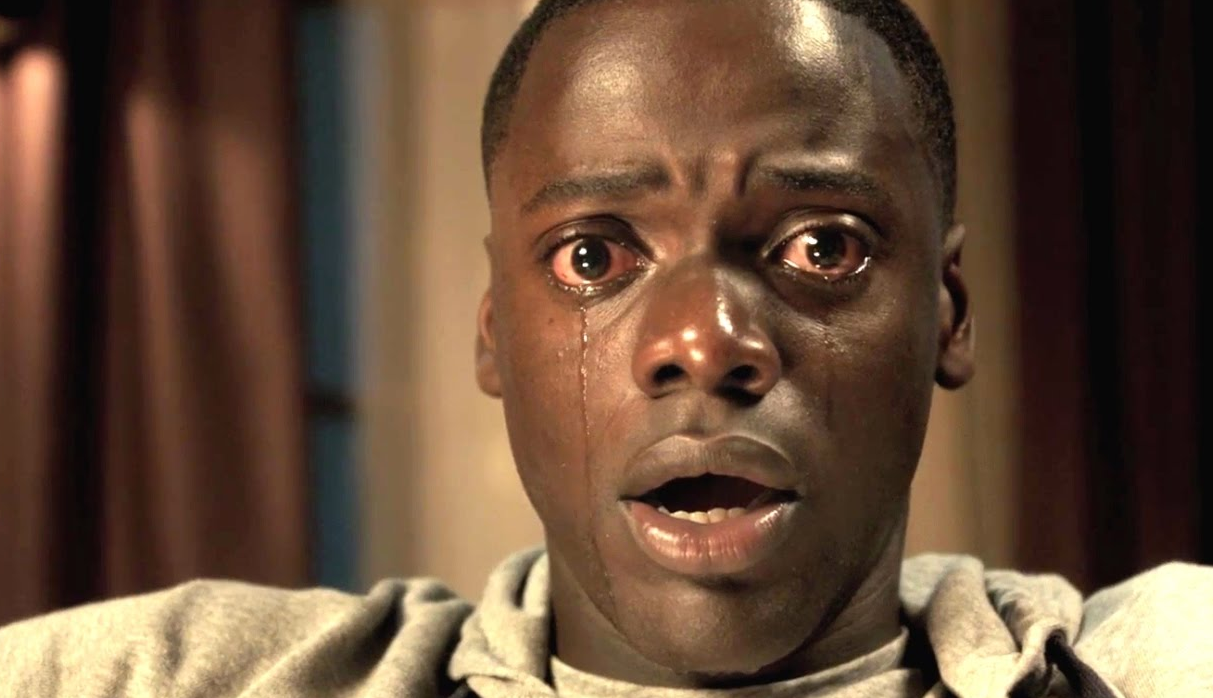 Hollywood has enjoyed characterising black men as a source of fear, often, erroneously and unhelpfully. Get Out establishes Chris as a vulnerable target; a reflection of the current racial animosity in America. Peele’s film probes that genuine sense of insecurity – an anxiety masked by the ignorance of its perpetrators – and never loses the focus of his vision. That’s a lot to take in. Get Out is a film that benefits from hindsight and reflection. What’s the last horror film you saw that you could say that about?