" Hearts Beat Loud is the kind of film that encourages you to believe that any great dream could be a real thing."

Sometimes you just want a movie that makes you feel good. Hearts Beat Loud is that movie. Lots of movies try to be that movie, but Hearts Beat Loud actually succeeds. And with politics what they are and the world full of unsolvable problems, we always need a reason to just feel good.

Who knew that Nick Offerman would be the world’s most loveable indie rock chipmunk? Offerman stars as a dad who runs a record store in Brooklyn, an adorable fellow who alternates between curmudgeon and goofball, all from behind a big beard with a giant splotch of white in its centre. He’s a naturally buoyant soul who’s been a lot more melancholy these past few years, as his wife died about a decade earlier, and his talented daughter (Kiersey Clemons) is off to medical school on the opposite coast. He’s also got to close his record store, because that’s what you do with record stores. And because there’s a massive tuition bill waiting for him from UCLA. 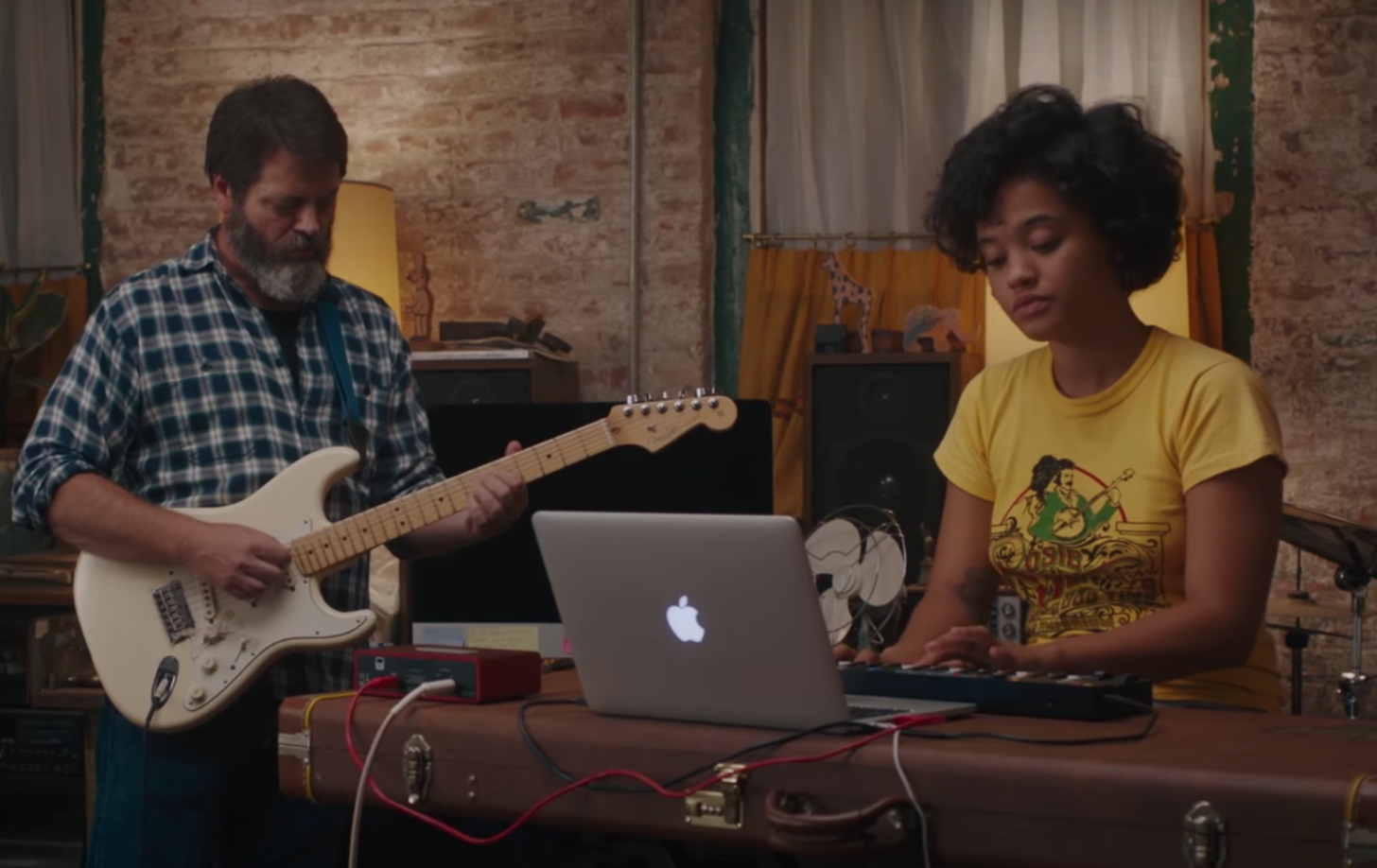 When he and his daughter are participating in a “jam sesh” – him on his guitar and her on her keyboard – Frank Fisher gets an idea about how to forestall the inevitable. He’s long known that his daughter Sam is a huge talent, and his own musical history gives him a bias for her future that’s quite the opposite of what most parents would want. He thinks she shouldn’t follow those silly dreams of becoming a doctor and instead get serious and pursue music. She’s written a song that yields a real magical collaboration between them, and he decides to surreptitiously upload it to Spotify, even going with her joking name for their hypothetical band: We’re Not a Band. A few days later he hears the song playing in a local coffee shop, and maybe, just maybe, this band between them could be a real thing.

Hearts Beat Loud is the kind of film that encourages you to believe that any great dream could be a real thing. It’s bursting with warmth and with characters who put good into the world, who also include Frank’s landlady Leslie (Toni Collette), Sam’s girlfriend Rose (Sasha Lane) and Frank’s best friend Dave (Ted Danson, tending bar in a wonderful throwback to his Cheers days). You want to be cynical about Hearts Beat Loud? Go ahead. But the film will melt every bit of that cynicism away.

Films about the DIY creation of music have found a lovely little niche in the cinema over the past decade, and when done well, they can overwhelm you with warm fuzzies. The prototypical example of that is John Carney’s Once, which captured a fleeting moment of musical grace between a man and a woman swept up in that intoxicating brew of collaboration and budding love. It left us charmed to within an inch of our lives. A number of films have tried to recreate that since then (including Carney himself, more than once), but Hearts Beat Loud is one of the first to deliver. It’s not romantic love, or potential romantic love, at the centre of this one – it’s the bond between a father and a daughter at a time of coming change.

Brett Haley’s film has a smallness of scale that makes it feel all the more intimate. It’s essentially got three sets: the record store, the local bar and the apartment where Frank and Sam live. That was probably a budgetary constraint for Haley, but good filmmakers know how to turn their restrictions into strengths. The film feels uncomplicated in its pursuit of genuine emotion and conflicting desires. 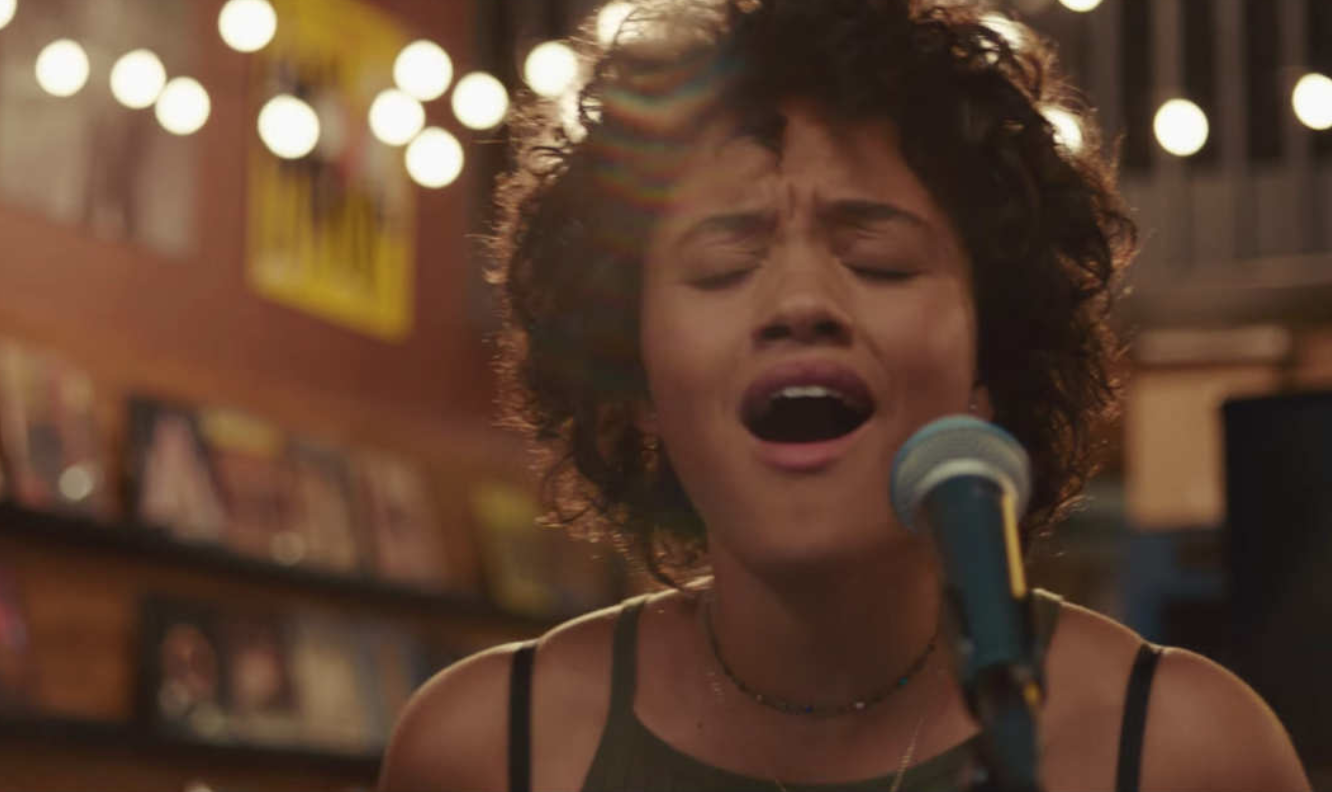 Uncomplicated does not mean lacking complexity. There’s a lot of complexity here, but Hearts Beat Loud doesn’t fuss over it. It’s never mentioned, for example, that Sam is the product of an interracial marriage, nor that she’s gay. Or rather, we find out that Frank knows she’s gay when he asks if she has a girlfriend. When she refuses to respond, he looks confused and says “A boyfriend?”

It’s the kind of movie where a lot is said with a little. Haley never puts a fine point on anything, including the ways we must accept change in our lives. Astute viewers will notice that there’s an irony in the fact that when Frank puts their song out into the world, he’s adopting the very platform, Spotify, that is making his own livelihood obsolete. The movie never mentions it, though. These are characters who have old-fashioned aspects to them, ways they are sentimental and traditional, but they are underpinned by an unspoken pragmatism. Only in their eyes do they convey their struggles with the things they know must be. 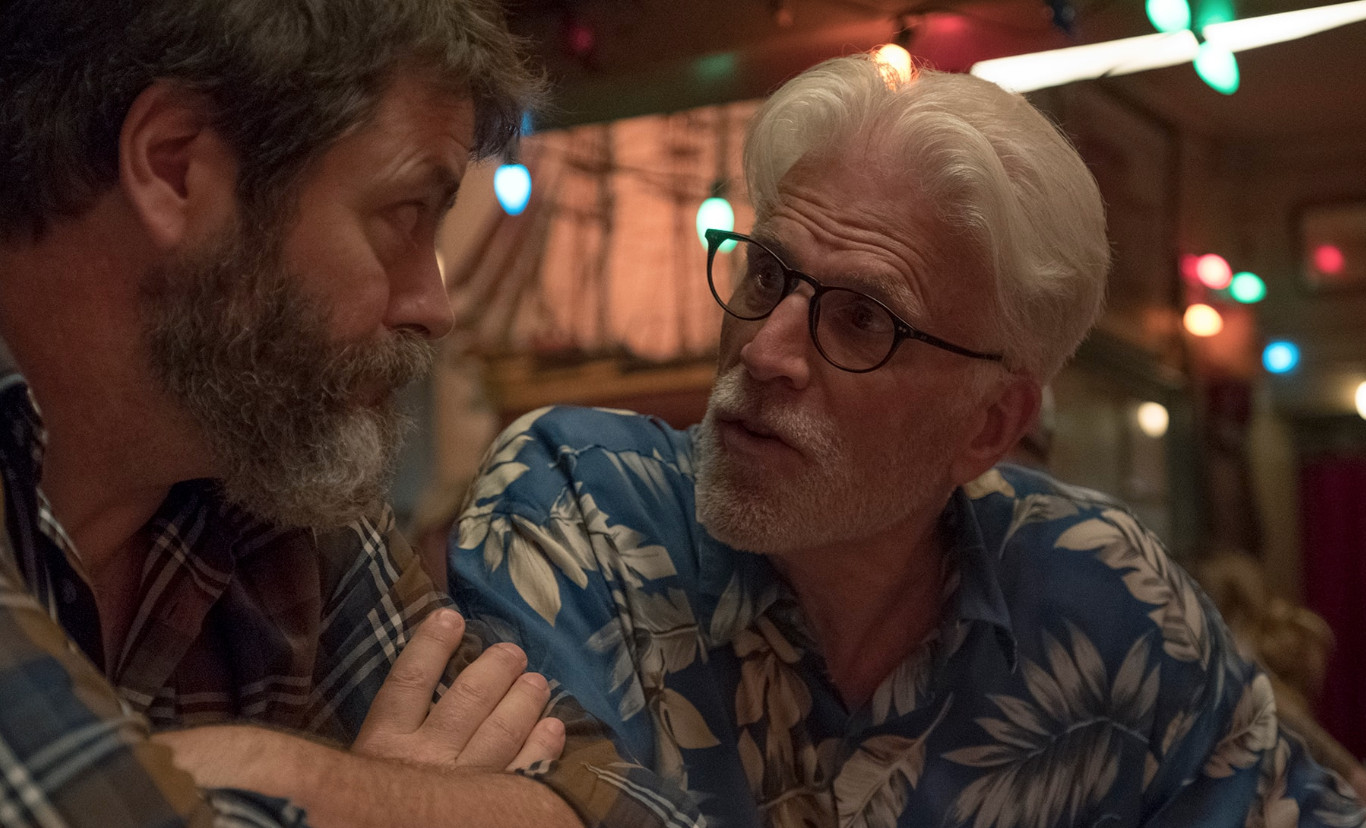 The music was written by Keegan DeWitt, and though it may not reach the impossible standard of a film like Once, it’s glorious in its own right. Hearts Beat Loud is right on the subject of music all over. Although Frank is a fan of stalwart indie acts like Wilco (Jeff Tweedy makes a cameo) and Animal Collective, a line of dialogue about the Backstreet Boys’ song “I Want It That Way” is truly what this film is about. “It’s actually a pretty good song,” he says to a disbelieving Sam. “When did you become such a music snob?” She gives him a knowing look – the implication is that she got it from him – but that’s not really what Frank is about. Frank is about an earnest appreciation of what makes you feel good, and so is this movie.