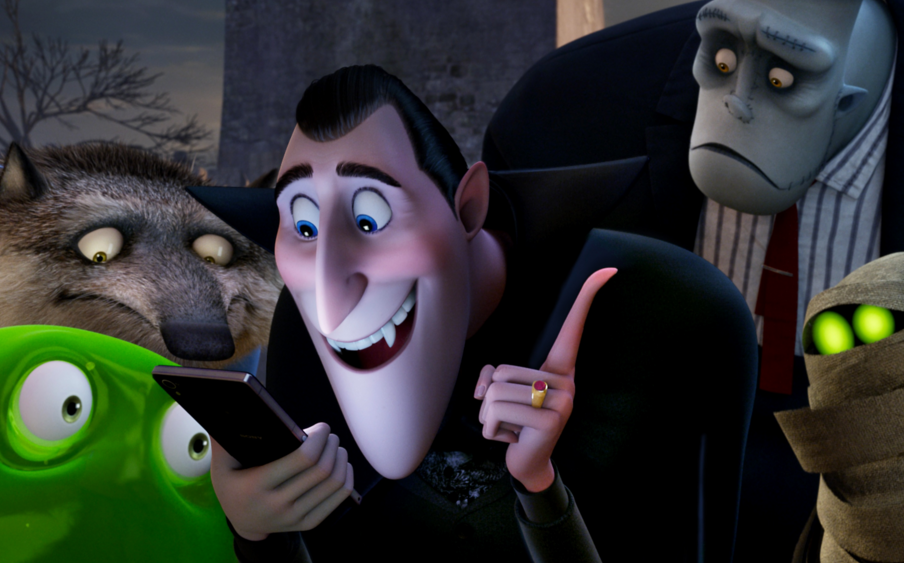 If Adam Sandler never produces another live-action hit, which seems like a distinct possibility at this point, he’ll still have his voice career to fall back on. First, the original Hotel Transylvania was a surprisingly funny and poignant spin on our classic coterie of monsters and other ghoulies. Now, Hotel Transylvania 2 is surprisingly good for a sequel, which is the point when these series tend to start phoning it in. Even his 2002 animated Hanukkah movie Eight Crazy Nights was a cut above most of his films, so perhaps this is something Sandler should consider more seriously.

Hotel Transylvania 2 picks up with the logical next steps for the teenage-looking vampire Mavis (Selena Gomez) and the California boy Johnny (Andy Samberg), whose union was ultimately blessed at the end of the first movie by her traditional, human-hating father, Count Dracula (Sandler). That means marriage and a bun in the oven. In no time at all, that bun – Dennis by name, or as Dracula prefers, Dennisavitch – is turning five years old. Five is the age by which all vampires first sprout their fangs, but because Dennis is the product of a “mixed marriage,” it’s anyone’s guess as to whether he’s actually a human or a vampire. It’s clear which choice Dracula is rooting for, and that type of perceived intolerance leads Mavis to consider moving the family from Transylvania to Johnny’s hometown of Santa Cruz. As Mavis and Johnny are also complaining about how having a child has sapped all their alone time, Dracula sees an opportunity. He’ll send them on a scouting mission to California, where Johnny will have secret instructions to make sure she’s happy but not too happy, while staying back at the hotel to babysit Dennis. Of course, “babysitting” will actually entail going on a road trip with his pals – Frankenstein’s monster (Kevin James), the werewolf (Steve Buscemi), the mummy (Keegan-Michael Key) and the invisible man (David Spade) – to try to “train” Dennis as a vampire and get those fangs to show themselves.

Both Hotel Transylvania movies do a balancing act between the stale and the fresh. The very setup has a certain kind of obviousness that makes it seem like it would have appeared on screen years before it actually did, in part because it uses these classic Universal monsters that have been in our cinematic history for nearly a century, and in literature even longer than that. So it shouldn’t be a huge surprise that some of the jokes also feel stale. However, the clever feat these writers pull off is to deliver a stale joke and give it an unexpected payoff, one that either lampoons the staleness of the joke or takes it somewhere new and interesting. This leads to a number of pleasant surprises, moments when you’re laughing in spite of yourself. In a way that’s kind of a good encapsulation of what the movies are to us – familiar concepts and themes given just a dash of the new. 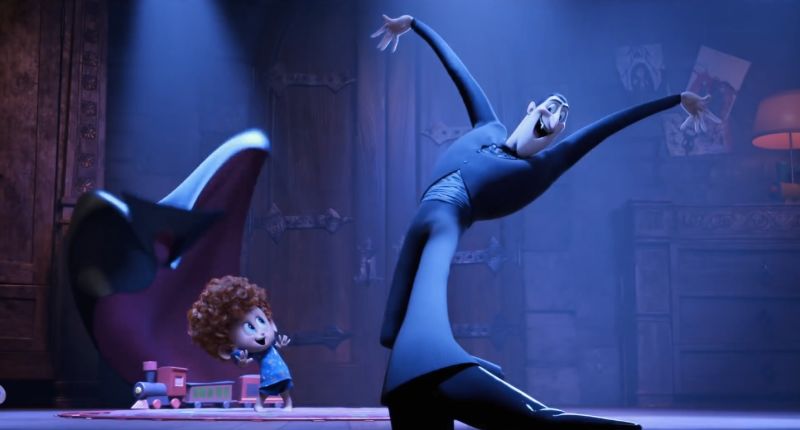 Assisting in this objective are the nearly total return of a game vocal cast (only the mummy is voiced by a different actor) and a really state-of-the-art visual palette. Hotel Transylvania 2 has an intelligence in the way it uses the available space in its canvas, whose environments have a real opulence at their best. The character designs have a cartoonish expressionism to them, making for an exaggerated variation on realism. It’s all quite nice to look at, as well as listen to. No voice actor is a standout, but it’s committed ensemble work that really functions well. Then there are a couple funny additions to the cast, namely real-life married couple Nick Offerman and Megan Mullally as Johnny’s parents, and Mel Brooks as Dracula’s even more traditional, even more human-hating father, Vlad.

And this is probably a good place to look at what this movie actually has on its mind, which is more than you might think. Many animated movies are extended metaphors for a particular social issue, but Hotel Transylvania 2 seems to be a tad more progressive than most. The first movie dealt most obviously with racial tolerance, as the conflict was whether Dracula could accept someone who’s different as a match for his daughter. The sequel has a slight, 2015 variation on that type of difference. Now it’s looking at letting a child be what he or she truly is – “a human, a monster, a unicorn, as long as he’s happy,” to paraphrase something Dracula says to Mavis. And while on the surface this is tackling the race of the child, it seems that sexual preference or gender self-identification is really what’s at stake. It handles these issues pretty nicely.

Hotel Transylvania 3 has already been announced for 2018. The series may run out of things to say and give itself over to unironic staleness by that point. For now, though, it’s still a charmer.