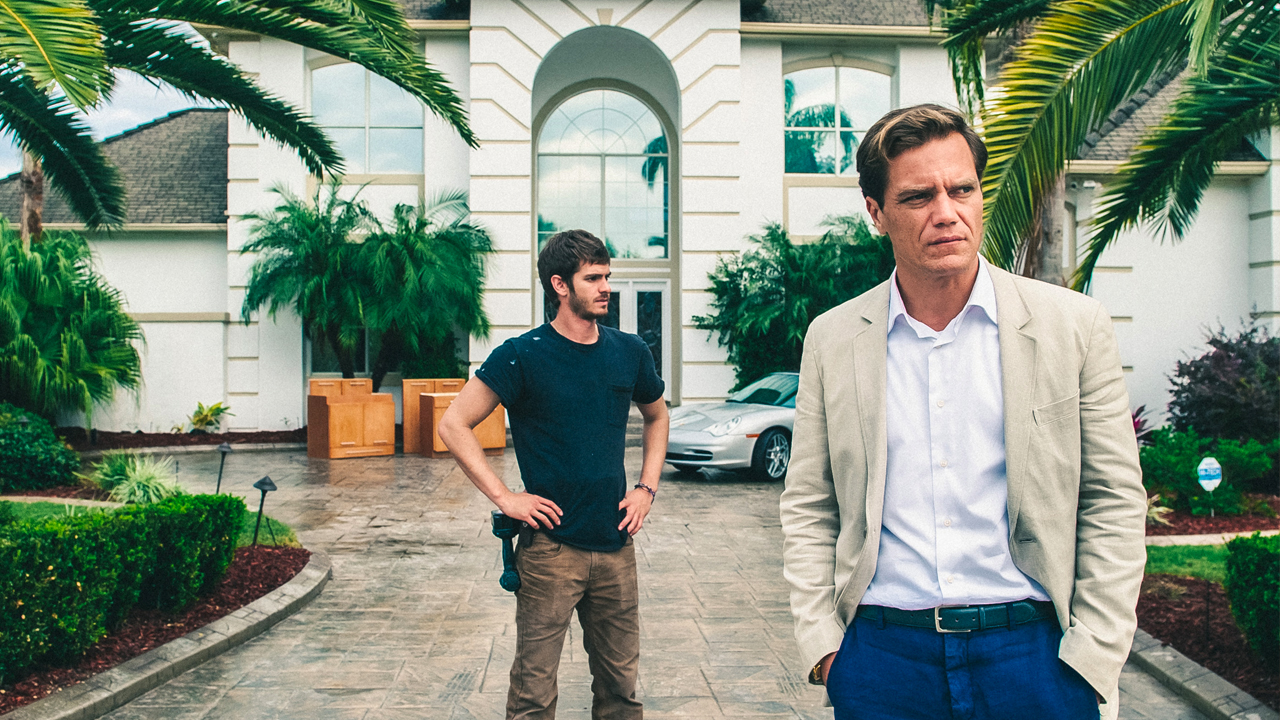 Have you ever contemplated what items are precious enough to save if your house were on fire? If 99 Homes is to be believed, those same circumstances exist when being evicted from a foreclosed home – a metaphorical fire that does just as much damage. You get little more than a two-minute courtesy window to gather the things you need most immediately to survive, and then you are escorted to the curb to make way for scruffy thugs armed with power screwdrivers, who are going to systematically dismantle the rest of your life. And even the scattered array of belongings, furniture and other bric-a-brac they leave on your lawn will be removed again in 24 hours – what hasn’t been picked through by your neighbours or other opportunistic scavengers, anyway.

The opportunistic scavenger at the centre of Ramin Bahrani’s new film is Rick Carver (Michael Shannon), a one-time legitimate real estate agent transformed by the housing crisis into the man from the bank who drops the boom on you if you miss too many mortgage payments. The opening scene of him perpetrating such an eviction on Dennis Nash (Andrew Garfield), his mother (Laura Dern) and his son (Noah Lomax) gives a good encapsulation of the wave of home foreclosures that have hit the U.S. in recent years, and bristles with a certain stressful intensity. Unfortunately, the film doesn’t have quite the searing impact it should have because it quickly becomes a familiar story of a man who sells his souls to become the very thing he hates. 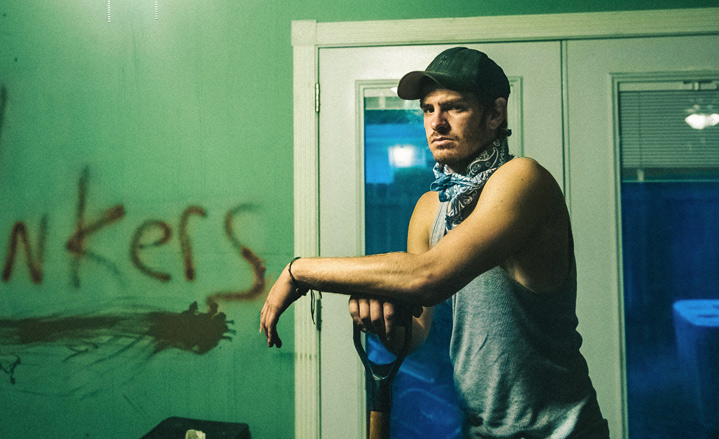 99 Homes is a bit like the earthbound chronological successor to Jason Reitman’s Up in the Air, documenting the inevitable next phase in the death of the American dream. In Up in the Air, you lose your job; in 99 Homes, you then lose your house. Playing the George Clooney role this time, though far less sympathetically, is the terrific character actor Michael Shannon, who can chew scenery with just as much conviction as he can chomp on the end of his e-cigarette. Shannon’s Rick Carver is that particular brand of societal parasite who was born with a sixth sense on how to profit from the misery of others. The latest symbol of this misery is Nash, a multi-skilled tradesman, none of whose skills are currently being utilised because no one’s building new homes in Florida. Like all others subject to forcible eviction, he’s got a tenuous claim to some right to remain in his house, but the reality of the situation is that he hasn’t made his payments and the relentless cogs of the legal process have taken over from there. Nash, however, is slightly different from the other schmoes Carver ejects from their homes on a daily basis. Sensing in Nash a certain fight, a certain shrewdness and a certain willingness to roll up his sleeves and get the job done, Carver offers him employment – first just as part of his removal team, but ultimately as his right-hand man. Seeing it as the only way to eventually get his own home back, Nash ventures reluctantly down a rabbit hole that can lead nowhere good.

The director, Ramin Bahrani, is no stranger to characters struggling against cruel economies. This is his fifth feature, and in his previous four he has focused on a New York City food cart vendor (Man Push Cart), a child scrounging to stay afloat in Queens (Chop Shop), an immigrant cab driver (Goodbye Solo) and a corners-cutting farmer (At Any Price). But Bahrani’s got his own economic challenges to deal with, and they can be summarised as “mo money, mo problems.” His first three films were micro-scaled indie dramas that made him a critical darling. His fourth film finally brought a bigger budget and A-list stars Dennis Quaid and Zac Efron, and it was predictably a failure. 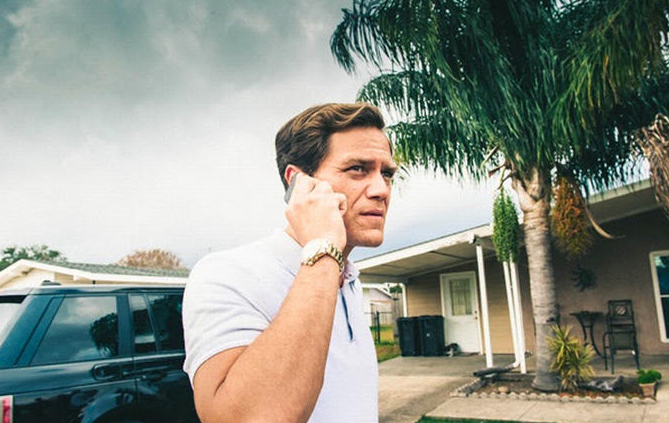 99 Homes is not a failure by any stretch, but it does feel forced into a far more conventional narrative structure than Bahrani would have ever selected for a project thoroughly of his own choosing. Nash’s character arc unfolds via one unsurprising development after another, and even when the monologues (delivered mostly by Shannon) are choice, they feel like signposts of the film’s thesis that banks are evil and hard-working Americans are their blameless victims. It seems as though someone with Bahrani’s previously demonstrated gift for subtlety should have explored more of the gray areas of this crisis, like the idea that some of these evictors are really just doing their solemn duty in a flawed system, and others of these Americans should never have bought houses that were way beyond their means. Instead, Shannon and his cohorts have to get up to all kinds of additional chicanery, leaving no doubt as to who does deserve the blame.

Still, there’s something really fascinating about watching a well-chosen cast of unknowns at the ends of their ropes as their homes slip through their fingers, but also about discovering the sub-economies that spring up within this new eviction industry. 99 Homes reminds us that you can make money even when no one else is, but you should not expect anyone to congratulate you on that – nor should you be able to look yourself in the mirror.