"After years of putting his female characters through agony and humiliation and scoring scenes of slow motion tragedy to classical concertos, Lars von Trier has decided he wants to make cinematic essays."

"With von Trier it is becoming hard to separate the man from his art."

After years of putting his female characters through agony and humiliation and scoring scenes of slow motion tragedy to classical concertos, Lars von Trier has decided he wants to make cinematic essays. Oh, he’s still doing those other things, but now there are random and lengthy disquisitions about fly fishing crammed in, as some strained metaphor that only makes sense inside the self-indulgent brain of cinema’s most polarising enfant terrible. The two-part 2014 film Nymphomaniac was the one with the fly fishing, and in his new film, The House That Jack Built, it’s discussions of only tangentially related philosophy that fill in the spaces between protracted enactments of grisly murders.

As in Nymphomaniac, Jack is constructed as an ongoing dialogue between its two main characters, though in this case, only one of them is ever seen. That’s the title character played by Matt Dillon, a handsome loner who’s become a low-key serial killer over the course of a couple decades. Low-key because his killings are random and never seem to draw attention to him, in part because they have no signature elements that connect them to each other, and are infrequent enough that he’s able to sustain them over a long period of time. His unseen confidante is voiced by the German actor Bruno Ganz, who we lost only a few weeks before the film’s Australian release. 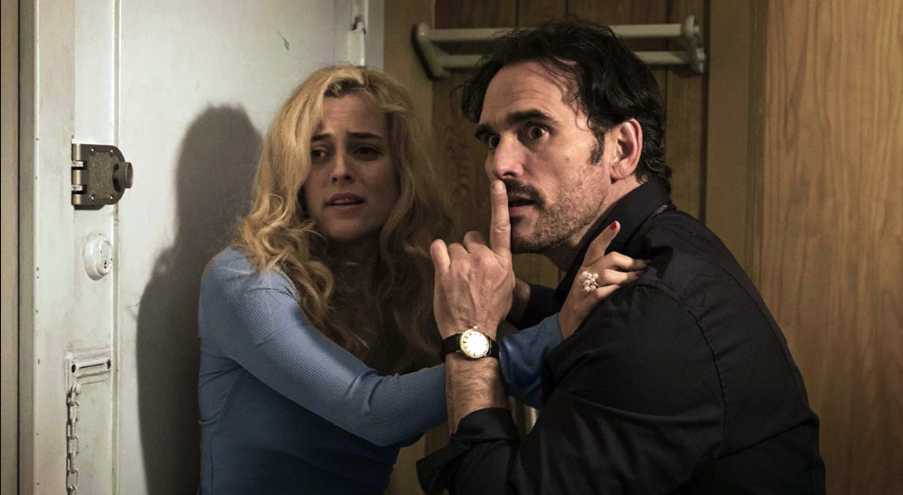 The film is separated into five incidents, killings that seem of particular interest to the discussion between Jack and the unseen Verge, but otherwise do not feel significant relative to the killings we don’t see. Their significance may be evident to von Trier, but he doesn’t convince us that these represent meaningful benchmarks in Jack’s descent into further madness. The culmination of that descent is one of the film’s only truly interesting ideas, and indeed, elevates it above the sheer self-regarding button-pushing that the movie has been to this point.

With von Trier it is becoming hard to separate the man from his art. Unlike other recently tainted artists, whose behaviour toward others on set and elsewhere has been their undoing, von Trier has chosen to make himself a pariah by cultivating a poisonous public persona. Comments that seemed to support Hitler have just been one of the things the man has done to draw negative attention to himself, in what has seemed more like a game to him than a failure to filter his own thoughts. It’s difficult to escape the conclusion that his films are starting to become an extension of that game.

The amount of time we spend with an irredeemable psychopath like Jack seems like one of von Trier’s intentional provocations. It’s not that he sees Jack as a hero in any traditional sense; you can’t say that he glorifies Jack’s killings, many of which are presented in a pedestrian manner that’s notable for its lack of glamour. But by making us watch Jack for more than two hours and 30 minutes, it’s like he’s a pet owner rubbing his dog’s nose in its own poop. Except it doesn’t even have the benefit of trying to housebreak the pet. It’s just for his own perverse enjoyment of our disgust.

That’s not to say there isn’t something interesting, cinematically, about some of these killings, or that the sheer quotidian nature of them is interesting in and of itself. The House That Jack Built presents serial killing as a kind of heightened opportunism, where a sick mind with a rational self-preservation instinct senses scenarios where it can kill again without fears of getting caught. However, as the movie goes along, Jack becomes increasingly careless with his killing to the point that it takes on an element of fantasy, which kind of seems to contradict what von Trier says he’s doing or believes he’s doing. 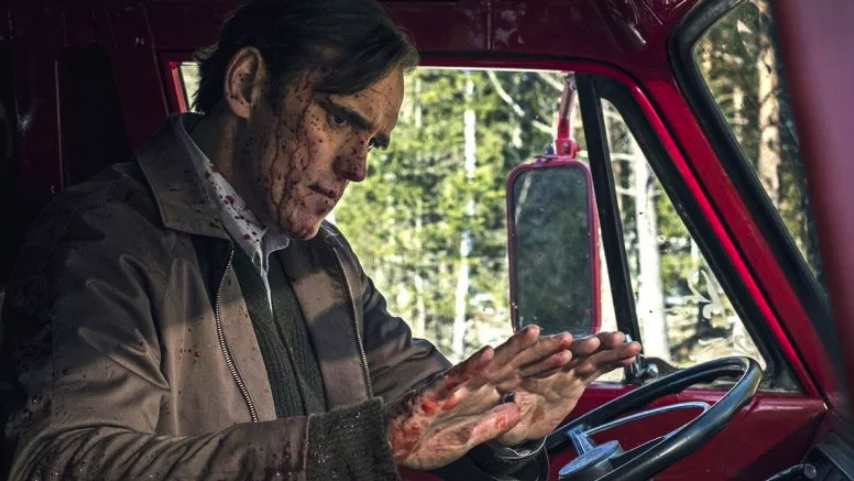 As you might expect from von Trier, most of Jack’s murderous rage is directed at women, though thankfully, not all. Still, there are moments where what we know about von Trier’s history of thematic preoccupations and the history of the actresses involved induce a bit of queasiness. Jack’s first victim we see is played by Uma Thurman, one of the most prominent figures in the initial #MeToo revelations, whose mistreatment at the hands of Harvey Weinstein and, to a lesser extent, Quentin Tarantino on the set of Kill Bill, has shocked and horrified us. That von Trier chooses to work out a career’s worth of his own baggage related to women on Thurman just doesn’t feel like the responsible choice. Then again, that’s probably exactly how von Trier wanted us to experience it. If he’s not offending people he might as well be dead.

As The House That Jack Built approaches its conclusion, it crosses a line from realism into surrealism that makes it more watchable. Some of von Trier’s empty shocks have a few more calories to them as this narrative progression occurs. Still, the film comes across as another showy exercise for a man who is devolving from problematic artist into mere provocateur. He’s probably still worth grappling with, but letting him know that will only encourage this continued devolution.