"Wes Anderson's creative aesthetic has been his most persuasive asset over his career. "

"Anderson also draws on an impressive understanding of his influences."

Isle of Dogs is a visual masterpiece. It’s one of the finest example of animation, in any form, that I can ever recall. But that mastery is limited to the film’s visuals. Wes Anderson’s creative aesthetic has been his most persuasive asset over his career. He has invoked the styles of other filmmakers and film movements, over the years, to augment his own. But those stylistic inspirations are always bound to the the regulations set by Anderson’s sensibilities. There’s a rigidity to his filmmaking. It’s only a hinderance because there are limitations to that manner in which Anderson has made every single one of his films, and as a result of that rigidity, he has never overcome them.

You could argue that a lot of, perhaps most, masterful filmmakers labour to escape the confines of their own intuition, and you would be right. Consider Bergman or Hitchcock or Altman, who undeniably brought their own distinct characteristics to ever film. Versatility is a rare distinction in filmmaking. 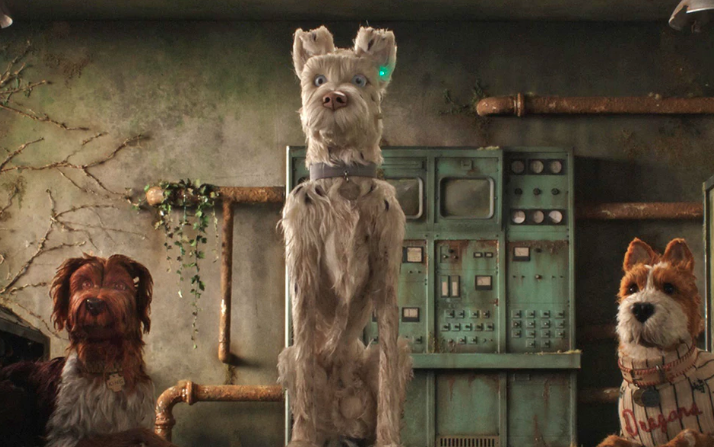 And yet the styles of Bergman, Hitchcock and Altman didn’t have the same inhibitive force on variety that Anderson’s does. Isle of Dogs is a compelling example of this. It is perhaps his most ambitious film in relation to its distance from and difference to his other work and yet it is marked by the decided sense of sameness that has plagued all of Anderson’s recent films.

If I am sounding dismissive of Anderson’s enormous capabilities as a filmmaker, it is not my intent. In many ways, Isle of Dogs is arguably one of his best films. That visual mastery has a lot to do with this. If any of the film’s accomplishments ought to be applauded then it is the manner in which it conveys information. Maybe better put, it is the way in which Anderson has manipulated the potential of the stop motion animation medium to express narrative, character and mood.

Anderson also draws on an impressive understanding of his influences. If Chaplin, Lubitsch and Hitchcock helped dictate Anderson’s last film, The Grand Budapest Hotel, then Isle of Dogs bears the influences of Japanese filmmakers such as Hayao Miyazaki and Akira Kurosawa. There’s an appreciation of film history and storytelling history in Anderson’s recent films. That enthusiasm for fantastical storytelling has been part of Anderson’s work since his first short film, Bottle Rocket, in 1994. His films are always fantasy, even when they are set somewhere real, like New York.

Twenty years in the future, Isle of Dogs takes place in an imaginary Japan in which the tyrannical rulers of Megasaki City have exiled all dogs to an island off the Japanese coast that is entirely built up of trash. Their excuse is the epidemic of dog disease that has been affecting the widespread canine population but we learn early on that the Megasaki mayor, Kobayashi (Kunichi Nomura) has a family history of preferring cats. 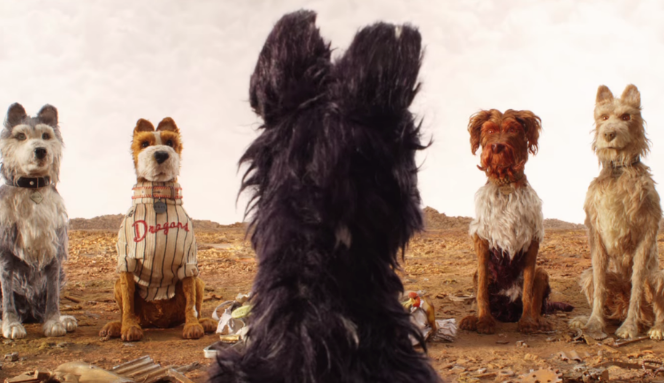 Our crucial protagonists are five of the exiled dogs, Rex (Edward Norton), King (Bob Balaban), Duke (Jeff Goldblum), Boss (Bill Murray) and Chief (Bryan Cranston), as well as Atari (Koyu Rankin), a young boy who ventures to Trash Island to retrieve his beloved Spots (Liev Schreiber). If there is a film that reminds us of the excellence of dogs more than this then I do not know it. Any emotion that Anderson manages to conjure will largely be indebted to the audience’s own experiences of dog appreciation.

Emotion is a critical failing of Anderson’s, for two reasons. The first is that his fundamentally detached approach to filmmaking is not conducive to generating emotion. The second is that many of the stories with which he engages compel a need for emotion, which he cannot produce.  And Anderson’s backdrops may vary from New York to India to Europe to Japan but his mechanical nature remains almost manically similar. 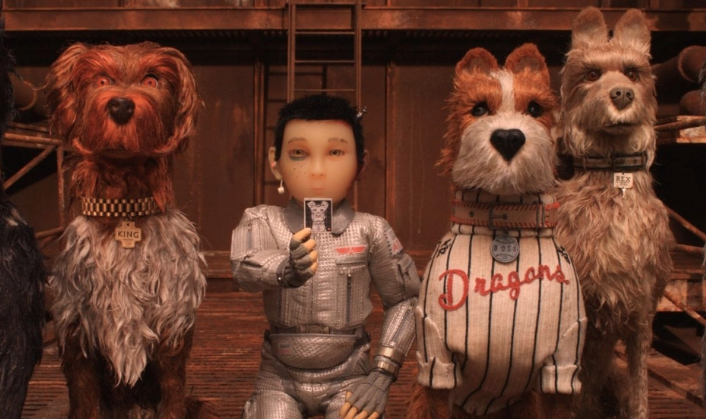 For his many qualities, Anderson’s overriding flaw is that he renders every topic void of idiosyncrasy, at least from his own rigid set of idiosyncrasies. The ambiguous acknowledgement of adult anxieties, the compensation of missing emotional necessities through militaristic team spirit, the evolution from childhood dependencies, the delegation of female characters to love interests.  Every character isn’t an extension of Wes Anderson, they are Wes Anderson.