"...no simple life-affirming story of a man at peace with his impending demise. "

"Even more memorable is the appearance by David Lynch in probably his best performance as an actor. "

It’s kind of awkward watching an actor or actress you know was cast for some kind of personal defect, such as the homely actor selected to play “ugly guy” or the overweight actress typecast as “fat girl.” But there’s a special discomfort to watching an old actor cast to play “old guy,” especially if one of his primary tasks is to struggle with his own mortality. At least “ugly guy” and “fat girl” figure to be alive this time next year.

When he was making Lucky, Harry Dean Stanton was not going to be alive this time next year. The veteran character actor and cinematic treasure died at age 91 on September 15th, in time to see the complete edit of the film and the critical acclaim from its festival appearances, but not to see it consumed by a wide audience. It’s one of the only starring roles of the man’s 60+ year career, and it does indeed saddle him with the task of being introspective about his own approaching death. John Carroll Lynch’s film is no simple life-affirming story of a man at peace with his impending demise. It affirms life, but it endures multiple long dark nights of the soul to get there. 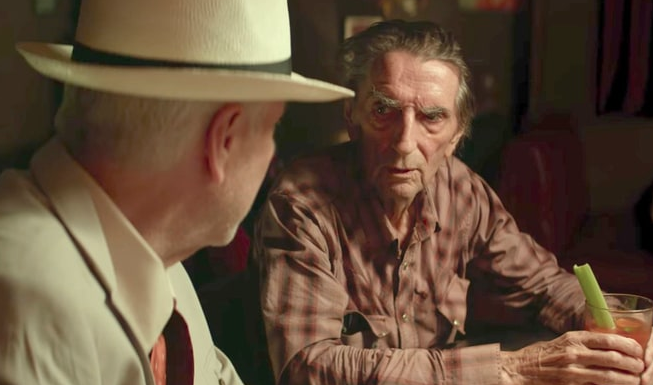 The other awkward thing about watching someone Stanton’s age is that nonagenarian actors tend to find themselves losing command of the tools they’ve taken for granted for decades. Stanton has a few moments where it’s difficult to tell whether he’s playing old, or is just plain old. It’s probably a little of both. Then he produces moments of such profundity that they could fairly be characterised as some of the best acting of his career.

Lucky is the name of Stanton’s character more than it is a literal commentary on his fortunes as he’s reached this advanced station in life. Even to his close friends, Lucky is viewed as a grumpy bastard. He never had a family and his few dalliances with love seem to be things he laughs off as useless frivolities. He kicks around the small Texas town where everyone knows his name in his favourite diner and watering hole, smoking cigarettes that should have killed him years ago and keeping up his physical health through walking and a daily yoga regime. One day he’s staring at the blinking 12:00 on his unprogrammed coffee machine, and collapses. The end may be closer for Lucky than he thinks, and he must reckon with what he has to show for it.


In his debut as director, Lynch, an actor in such films as Zodiac, isn’t interested in any pat answers or hopeful platitudes to assuage our own worries about death – however old we may be. Any number of characters express their fears of dying, of the eternal nothingness that may wait on the other side. It’s that fear that any teenager with a scepticism about religion first struggles with, where the snuffing out of a person’s consciousness is too much to handle. That vacant look in Stanton’s eyes is not just a bit of senility and confusion. It is also horror over the unknown that awaits.


As effective as Stanton is and as much as he courageously addresses these close-to-home issues, it’s the side characters who add a relatable dimension for those of us who aren’t 90. One of the film’s younger characters is played by 50-year-old actor Ron Livingston, and he gets a memorable scene in which he ruminates on a near miss with a speeding garbage truck. 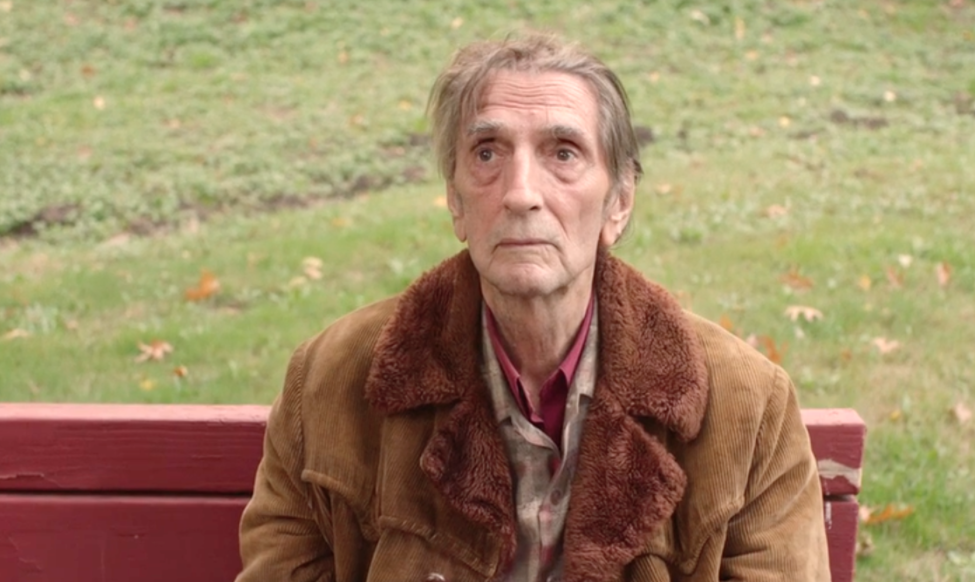 Even more memorable is the appearance by David Lynch in probably his best performance as an actor. Lynch, who directed Stanton in four films and one TV series, is one of Lucky’s fellow barflies who is mourning the escape of a pet tortoise named President Roosevelt. What’s set up as a joke – how could a man have so much love for a tortoise? – becomes a meaningful contemplation on companionship and on the things in life we take for granted.

Lucky hits many of its marks and is a fitting send-off for Stanton. Every actor should get a “final film” (Stanton has one more posthumous release in the pipeline) with such a bittersweet title and such thematically rich subject matter. Stanton was indeed lucky to get one last chance to remind us of the performer we’ve had in our midst for six decades. Then again, perhaps it’s really us who are the lucky ones.