Rebels without a cause. 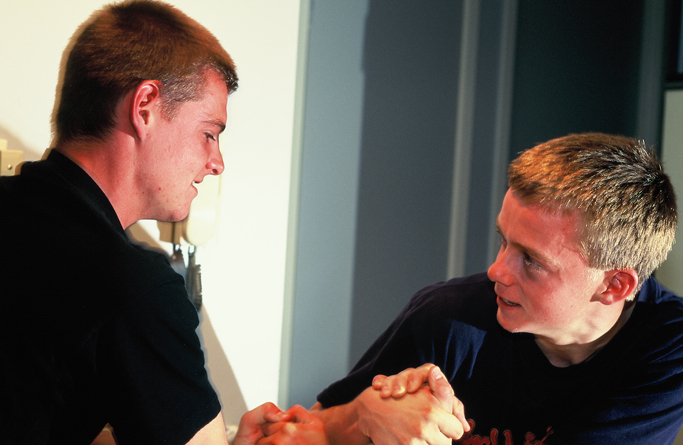 “There are three sides to the story. Your side, my side and the truth.” – Tas Pappas

Tas Pappas, the former skateboarding World Number One, makes the remark towards the beginning of All This Mayhem, the Eddie Martin documentary that focuses on Pappas and his younger brother, Ben, and their tumultuous rise and fall from the arena of professional skateboarding. He presumably doesn’t know it, but Pappas has struck an interesting chord regarding the inherent nature of documentary filmmaking.

Jean-Luc Godard once quipped that “cinema is truth 24 frames-per-second.”, a notion that led Austrian filmmaker Michael Haneke to counter that in actuality film is 24 lies per second. The reality, as Pappas inadvertently suggests, most likely occupies a hazy area somewhere in between the two schools of thought. Cinema is driven by the distortion of truth — otherwise we’d see the cameras and notice the edits. The line of truth in documentary is all the more hazy considering that much of the medium is based on the accounts of participants. But certainty is possible in cinema — we may just have to read between the lines.

The constitutional purpose of documentary is the discovery of truth. The actuality of the episodic incidents in the lives of the Pappas brothers may remain a mystery but All This Mayhem manages to convey a certain sense of truth in their lives and dispositions nonetheless. Tas and Ben’s personalities shine through enormously. Tas, the more candid of the two, brings to mind the opening line spoken by Jack Nicholson in The Departed — “I don’t want to be a product of my environment, I want my environment to be a product of me”. Tas influences everything and everyone around him through the sheer force of his larger-than-life personality. Ben, on the other hand, is the quieter of the two but no less driven when it comes to competitive skateboarding.

The scope of All This Mayhem is superb, spanning the lives of the Pappas brothers from childhood until today. It’s immediately clear from his notable absence in the present-day interviews that something is amiss regarding the fate of Ben Pappas, but the film keeps it a mystery until the final stretch. The strong bond between the two brothers is quickly established, as is their meteoric rise to the world stage of skateboarding. From the top, the only way is down. The destabilising influence of drugs, fame and a rock-and-roll lifestyle on young talent is hardly revelatory but the magnetic personalities of the Pappas brothers, as well as their lovingly competitive relationship with one another, keep All This Mayhem fascinating throughout. 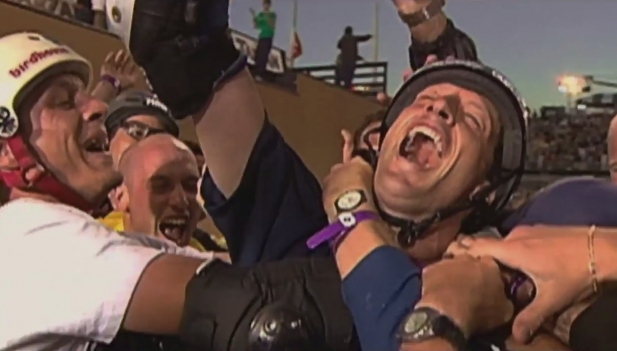 Martin has been granted a wealth of material in video footage taken by friends, colleagues and professionals. The handy habit that the Pappas brothers and their friends had of recording their skating and their youthful misbehaviour means that we’re witness to the boys’ transformation into men. Their influence on the world of skateboarding is conspicuous, although it’s questionable whether Martin provides comprehensive insight into some of the information presented. Indeed, there’s the distinct impression that areas regarding Tas’ reported rivalry with skateboarding legend Tony Hawk or his relationship with his wife are incompletely explored, deliberately or otherwise.

Neither man is presented as a hero. Rather, All This Mayhem is intriguing because, despite a certain ugliness of character, particularly in Tas, the film manages to ultimately generate sympathy rather than disgust. The decisions the brothers make throughout the course of their story are not necessarily the right ones and they’re certainly not the decisions of the well adjusted but the film fosters an undeniable sense of empathy toward almost everything Tas and Ben do, even when what they do is utterly reprehensible.

Both Pappas brothers are ultimately a product of their environment just as much as their environment is a product of them. Born into a broken home and thrust into a world of partying and celebrity that they may not have been ready for, Tas and Ben never have time to pause and reflect. The story of the Pappas brothers is a tragedy, both a personal tragedy as well as a tragedy revealing the failings of the society around them. These men are capable of horrible behaviour. What’s remarkable about All This Mayhem is that this isn’t the impression we’re left with.

All This Mayhem is in cinemas July 10, exclusive to Cinema Nova, Melbourne and Dendy Newtown, Sydney. Out on DVD and Digital HD September 10