"The Meg wants to be entertaining. It's lifeless."

"As far as monster movie concepts go, The Meg certainly isn't the worst..."

I was glad when The Meg was over. It is a stupid film but worse, it is dull. Some films are saturated with stupidity yet retain a sense of energy and fun that is critical in escapism entertainment. Rawson Marshall Thurber’s Skyscraper is a movie like that. Not every film needs the words of Bergman, the images of Fellini and the command of Scorsese but to grasp success every film should accomplish their intentions. A film that costs one-hundred and fifty million dollars really ought to. The Meg wants to be entertaining. It’s lifeless.

For lack of anything better to discuss, here’s something strange that happened during the press screening of The Meg today: with about half an hour left to go, the woman next to me whispered ‘Shark’. It was only loud enough for me and her to hear and even then I believe that it wasn’t her intention that I was privy to the little outburst. 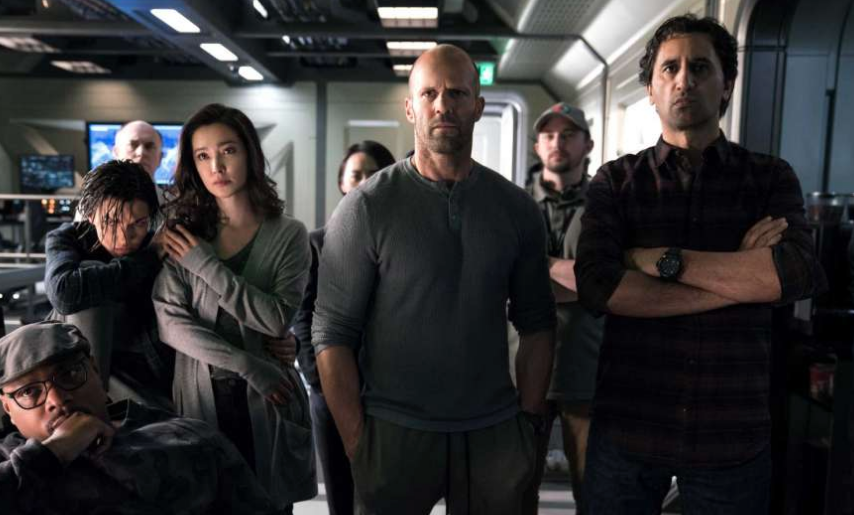 I spent the rest of the film wondering why she had said it. There are sharks in The Meg, yes, many of them. But there had been sharks for quite a while before she said it. I will never know why she said it. I left quickly after the film was over, and will probably never bother to ask when I see her at future screenings.

And to the film itself then, I suppose. In many ways, The Meg is similar to Skyscraper. Action star conquers big thing is a winning formula for undiscerning film goers; Hollywood executive need only insert a random action star and random big thing. And if the inspiration for Skyscraper was Die Hard and The Towering Inferno, one could argue that The Meg takes its cues from Jaws and Deep Blue Sea, but there’s probably an awful lot of Sharknado in there. I’m not sure because I  will probably never watch Sharknado.

Here’s why I won’t watch Sharknado. I’m all for escapism, for mindless cinema, but there is quality entertainment and there is the variety of entertainment that actively make the human race dumber as a collective. Remember the Mike Judge film Idiocracy? It’s disheartening to hear that experts expect The Meg to be a resounding financial success. Success for The Meg is failure for us – one step closer to Judge’s dystopia. There is wonderful, well-made entertainment out there. Jaws is an excellent example. Don’t settle, you’re doing nobody any favours, least of all yourself.

I still haven’t really talked about The Meg, have I? Jason Statham is in it, seemingly the only man on earth who stands a chance against a Megalodon. That’s an ancient shark, a big one, hitherto hidden from the rest of the world (in the film, not in real life) by a subaquatic layer of gas that keeps the ‘Meg’ trapped in a trench deeper than the Mariana. Of course, before long, the Meg is release and it’s up to Statham to stop it. 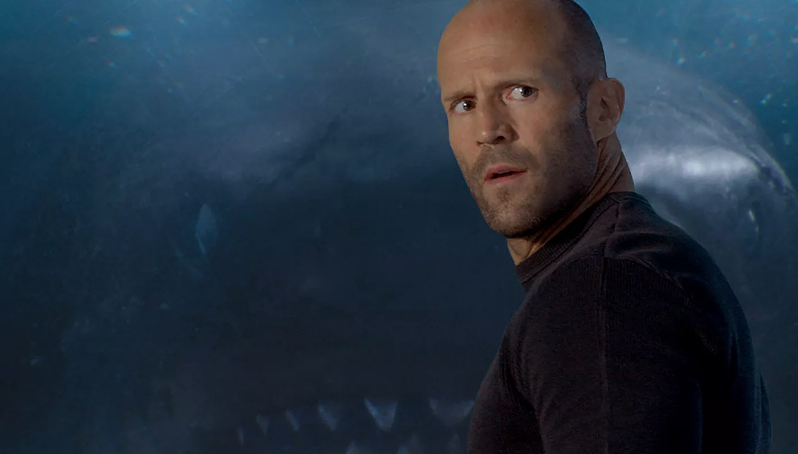 As far as monster movie concepts go, The Meg certainly isn’t the worst (I’m not sure what is) but there’s an inherent problem with a film that addresses the appeal of so bad it’s good because to do that, it has to be bad – never a good launching point for any film. There are a lot of good films out there I’d prefer to be watching. Besides, these sort of junk films are reliant on charm, in a number of forms. The Meg is void of charm in all its forms.

‘Opening Wide’, the posters for The Meg declare, revealing the impressive mouth span of the Meg. It’s not a bad pun, although I wonder whether the people responsible for the poster are in on the other joke the words profess. Over forty years ago, Jaws was the first ever movie to enjoy a “wide-release”, essentially spawning the summer blockbuster. It’s not hyperbole to suggest that Jaws changed the film industry forever. The Meg will simply perpetuate the crap. This movie is trash.