"Dwayne Johnson is a commodity, not an actor."

"The premise of Skyscraper has been lifted from two films; Die Hard and The Towering Inferno. It is not as good as either of them."

Dwayne Johnson is a commodity, not an actor. He has more in common in regards to where he fits into Hollywood with someone like Shirley Temple than he does Daniel-Day Lewis. This is not a criticism. Johnson is a natural and common component of Hollywood. Filmmaking is primarily a business for more people than it is primarily an art form, something that is nowhere more transparent than in large-scale American filmmaking.

Johnson’s output is remarkable for its prolificacy. In the past seven months alone he has starred in Jumanji: Welcome to the Jungle, Rampage, the television show Ballers and now, Rawson Marshall Thurber‘s Skyscraper. Johnson’s presence is the primary, and often sole, selling point of his work; an immutable personality that we can rely on to be just that, immutable. His output is the paradigm for filmmaking as a business. As a case in point, the reason that Skyscraper is set in Hong Kong is assuredly the enormous appeal that Johnson has in Asia, Universal relying on China to generate most of the film’s success. 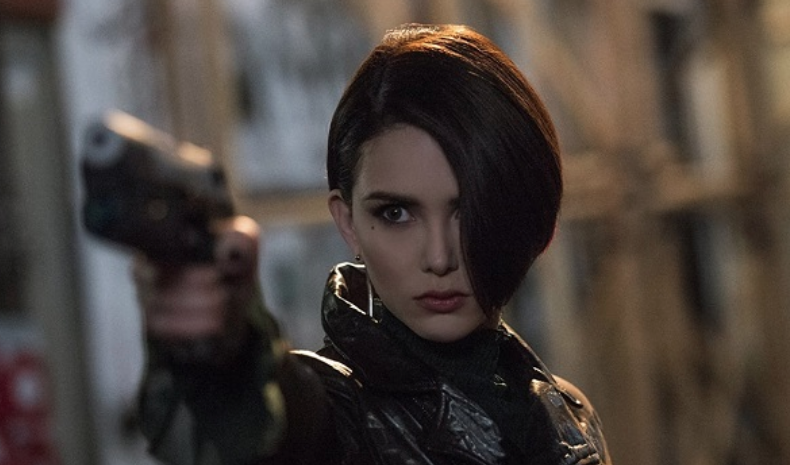 Johnson is a movie star that people will support regardless of whether a film he is involved in looks any good or not. The trailers for Skyscraper haven’t done it any favours. It’s a lucky result for the audiences that will undoubtedly show up that on the Dwayne Johnson scale, Skyscraper errs toward the side of reasonable.

Johnson is Will Sawyer, a former FBI agent who is rendered an amputee after a hostage situation takes a turn for the worse. Ten years later and Sawyer has moved on with his life, operating a small but successful business that assesses security for skyscrapers. He is invited to Hong Kong by Zhao Long Ji (Chin Han) a businessman who has constructed the tallest building in the world, The Pearl.

Dwarfing even the Burj Khalifa, The Pearl requires Sawyer’s clearance before the top half can be insured and opened to the public. Our confidence in our own expectations of a Dwayne Johnson films mean that it would be a surprise if Johnson didn’t do battle with the building before too long. The strength of Skyscraper is that is panders to those expectations shamelessly, and it panders to them well.

The premise of Skyscraper has been lifted from two films; Die Hard and The Towering Inferno. It is not as good as either of them. By most criteria from which one would usually gauge whether a film is good, Skyscraper is indeed pretty lacklustre. It has in its favour an audacious manner of conveying the ridiculous with a straight face. Johnson is a throwback to an era of Arnold Schwarzenegger, Bruce Willis and Sylvester Stallone, though he is somewhat of an outrageous advancement. No one is able to do what Sawyer does in Skyscraper. The essence of Johnson’s persona is that we almost believe he can, or we are willing to forget that he can’t. 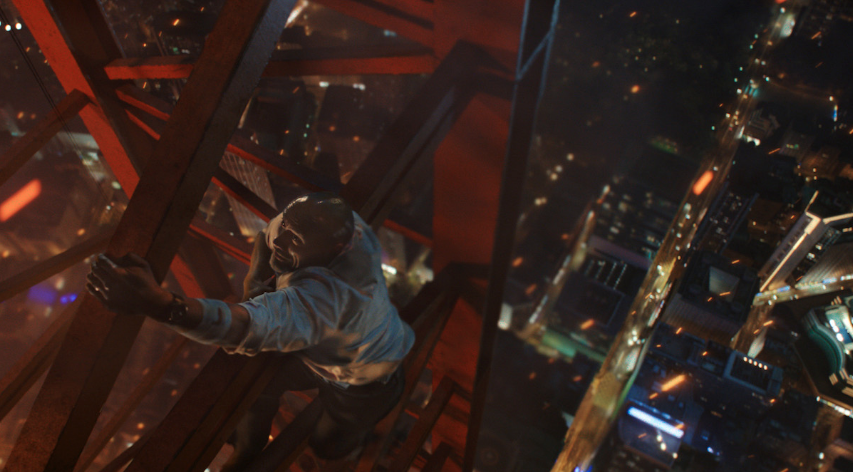 Skyscraper is compulsively extravagant but crucially always adeptly constructed. It’s straddles an oft ambiguous line between bad bad and bad good. Also important is that Thurber never allows us time for pause to consider anything that he has to offer. Skyscraper will undoubtedly suffer if thought about too much, or at all.

Let me clarify bad bad and bad good as much as I can, because it’s a disheartening concept when it comes to the appreciation of film. It involves recognising the worth in certain films by adjusting our expectations and our gauges for judgement. Much of what Rawson Marshall Thurber has committed to screen here is nonsense, but there is palpable worth, somewhere in the rubbish, and Skyscraper is refreshingly aware of how concurrently silly and satisfying it is to watch Dwayne Johnson fight a building.