one too many times 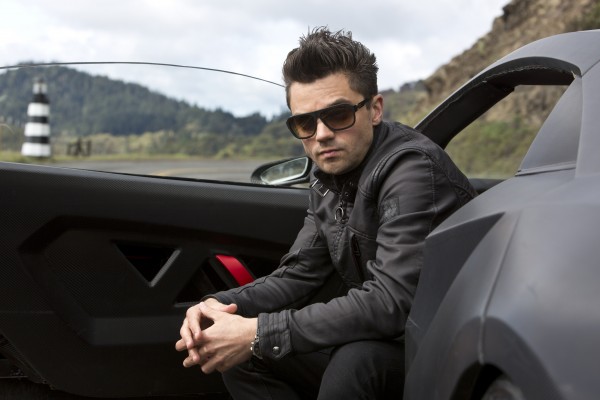 The Electronic Arts Need for Speed video games certainly aren’t recognised for their plot, characters or dramatic drive (PUN). Needless to say then, it was a mild surprise when the ‘EA’ logo burst onto the scene at the beginning of Need For Speed‘s first cinematic venture, proudly heralding the film’s dubiously shallow origins. The film is a well-nigh perfect adaptation of the lucrative video game franchise in the sense that at no moment did I care about any of the characters or the narrative.

Need for Speed is the sort of film that quickly spells out what’s going on (“I’m behind on the loan!”/”We’ll figure it out. We always do.”) so that it can accelerate (PUN) straight into the next car chase. The actions of the central character Tobey (Aaron Paul) and his gratingly self-appreciating band of merry men are so single-minded regarding making it to the ‘final showdown’ that they border on bizarre. The villain, Dino Brewster (Dominic Cooper), is so vague in his malevolence it’s often difficult to see why our hero’s have it in for him so vehemently. I use the term ‘hero’ in the loosest sense of the word, considering none of them do anything remotely heroic and they’re all utterly repellent.

In reviews of films in which there is little to discuss I might usually throw in a plot summary around this point, but compassion stays my hand. Need For Speed is so mind-numbingly inane that were I to describe the narrative, ReelGood may lose your readership for good.

The film revels in the carnage that the elaborate car chases cause. On more than one occasion I stopped to give thought to some of the innocent bystanders on whom thousands of dollars of repairs were being inflicted in the name of….honestly, not much. But we are constantly reminded of Tobey’s sense of honour, so it must all be for something worthwhile. The car chases are a welcome brake (PUN) from the absurd plot, even if the characters have to remind us how wild the film is being (“There’s a helicopter in the middle of the road!”).

The latter, and more successful entries into The Fast and The Furious franchise embrace their own pulpy nature and were all the more fun for it. Need For Speed takes itself painfully seriously, a miscalculation considering the unintentionally farcical nature of everything going on. When a female character seems genuinely aroused by successful car manoeuvres, or whatever you call them, you would think a degree of levity would be welcome. The Need For Speed filmmakers clearly believe otherwise.

For the more automotive inclined, there are a plethora of fast, slick-looking cars on show, which ultimately is probably the whole point of a film like Need For Speed. Having said that, there’s surely some deep-seated issues in somebody who enjoys watching something they love smashing into a million pieces. We love film here at ReelGood, more than anything. But sometimes we don’t. Don’t go and see Need For Speed. You auto know better.