"It won’t be much of a surprise to learn that this is all on a crash course with a big finale and a huge amount of sniffling and snuffling in the viewing audience."

There’s a moment in every originally conceived film when the originality of it really announces itself. In Pixar’s latest, Onward, it’s when the world is being established in the first five minutes. This is a world of magic and fantasy, populated by elves and other sprites and monsters, that has evolved into the 21st century, complete with mobile phones and themed restaurants. The moment in question is when a couple of feral street creatures are fighting over an overturned rubbish bin. Except instead of possums — or in America, where the film was made, raccoons — the aggressive creatures bearing their teeth and growling are … unicorns. 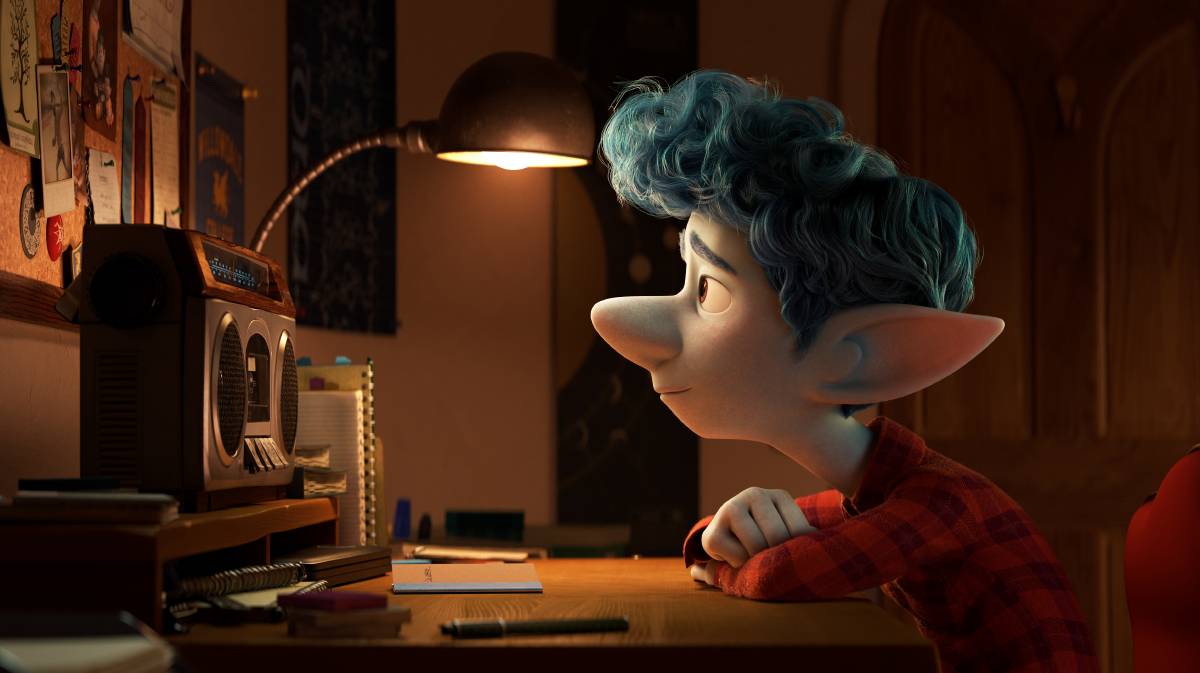 After a dispiriting spate of sequels, with the superlative Coco sticking out as the only new material among the last five theatrical releases, Pixar is indeed back with the first of two original films scheduled to be released in 2020 … if Soul, which is supposed to come out in June, actually hangs on to its 2020 release date. Though Onward missed its own 2020 theatrical release date here in Australia when the cinemas closed before it could come out, it’s already hit Disney+ and iTunes, ready for your at-home consumption. The subject matter of Onward is, indeed, like nothing we’ve seen before, but it borrows enough familiar elements from other Pixar films, as well as that inimitable blend of humour and sentiment, to be clearly on brand.

It is indeed a world of magic, with multiple moons in its purplish-blue sky, but most of its denizens have forgotten how to use it. The familiar concerns of our own modern world have pushed such ancient mysticism to distant memory for most people – er, “people” in the most general, if not biologically specific, sense. In a family of elves, though, the vitality of the old ways still lives in Barley (voice of Chris Pratt), the early twentysomething who would rather engage in fact-based fantasy role-playing games then, you know, get a job. He’s the enthusiastic and supportive older brother of Ian (voice of Tom Holland), a kid turning 16 who is trying to gain the confidence to ask some classmates to his birthday party.

Their mum (Julia Louis-Dreyfus) offers Ian an unexpected birthday gift: a wizard’s staff bequeathed to the sons by their father, who died before Ian was even born. As it turns out, he’s also provided them a spell that can bring him back to life for a single day. Barley, the obvious candidate to conjure him, fails. But as it turns out, Ian is the magically gifted one in the family … to a point. He manages to bring back half of their father – the bottom half, which can walk and dance and tap around its toe to feel out its surroundings. It gives the term “half life” a whole new meaning. Now, the boys have only 24 hours to find another of the rare crystals that made the spell possible, to see if they can’t complete their dad before the sun sets the next day.

The quest narrative structures Onward and gives it plenty of set pieces, but also gives it the chance to spin its wheels a bit in the middle. That’s no mere turn of phrase, as the quest is conducted in Barley’s beaten up purple van, which he calls Guinevere. Yes there are some pacing issues, but not very serious ones. You only have time enough to notice them before the film gets back on track, as it were. 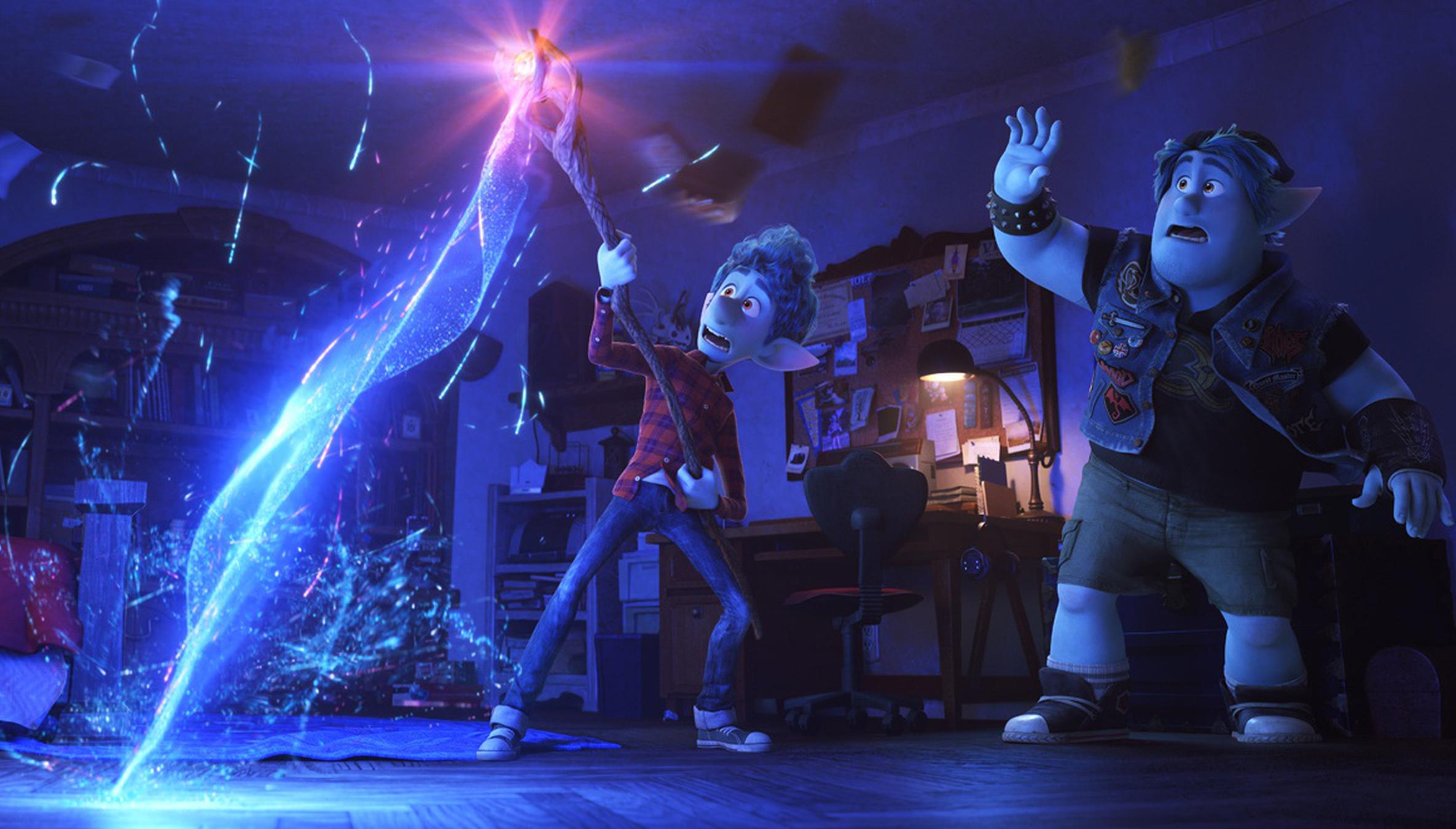 And what we’re headed for is pretty satisfying indeed. The “half dad,” while a bit absurd on the face of it, is kind of the perfect encapsulation of what Pixar does best. He allows for comedy – the boys affix a sweatshirt filled with pillows to the top of him, to give him normal human dimensions and allow him to flop around humorously. But there’s also pathos there, as they’ve got the soul of their dad within their grasp, and present to some degree, yet still so far away. It won’t be much of a surprise to learn that this is all on a crash course with a big finale and a huge amount of sniffling and snuffling in the viewing audience.

As winning as it is, Onward paradoxically seems to have most in common with some of Pixar’s lesser films. Its core “what if” logic is similar to that of The Good Dinosaur, which posits a world where a meteor did not kill the dinosaurs and they evolved into farmers. Then the half dad is reminiscent of Brave, in which the main character’s mum gets turned into a bear, and is involved in her adventures in a form similarly diminished to the one here. It’s a reminder not only that there is a formula here, but that the formula is appealing and successful even in films that don’t work as well on the whole. 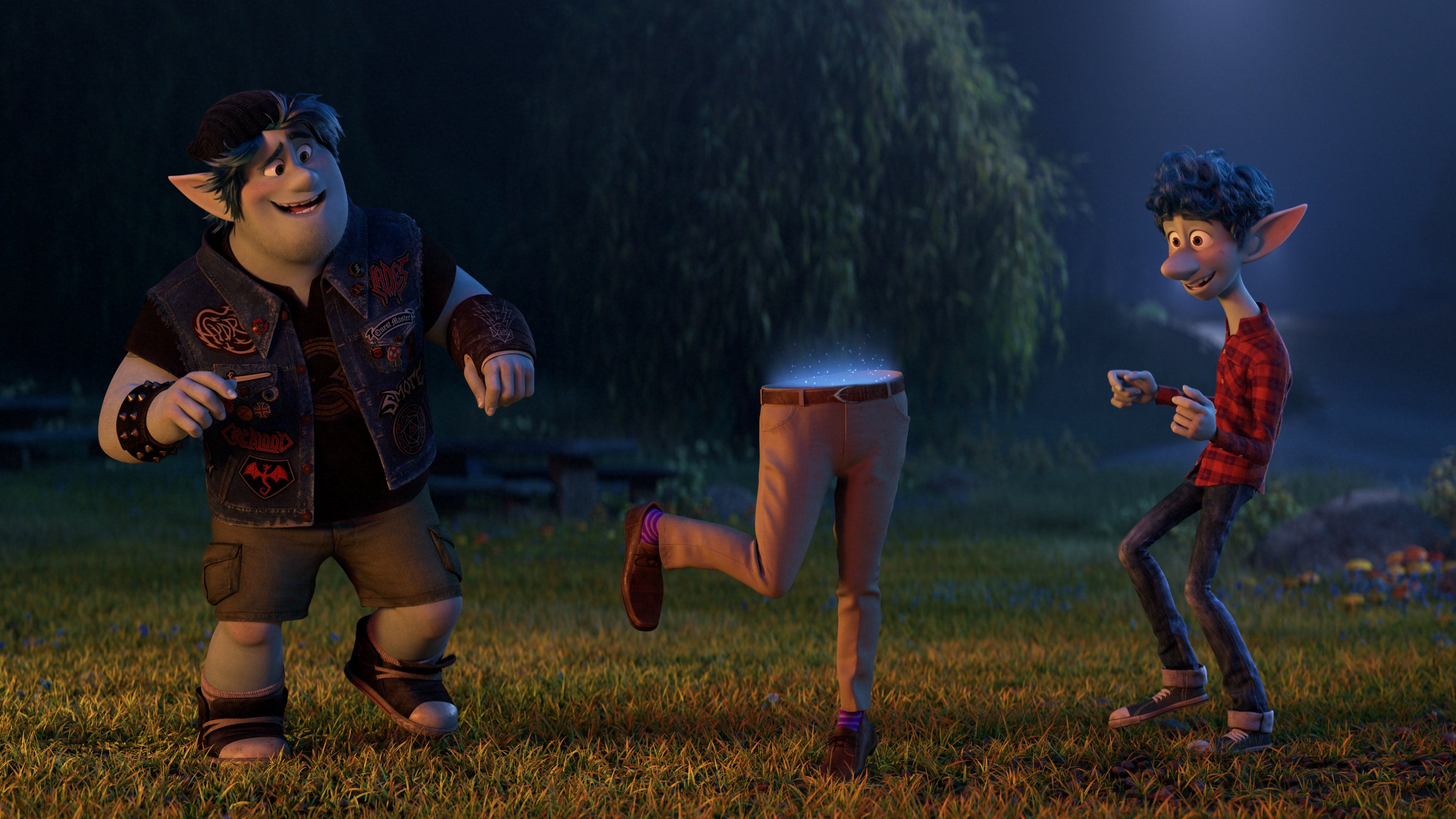 Which does not describe Onward. It’s a film of lovely details building toward a big payoff. Details such as the police officer voiced by Mel Rodriguez, who is dating the boys’ mother, and who is a centaur with a specially designed police car to accommodate his horse posterior. Details such as Octavia Spencer’s Manticore – Cory for short – who is half-lion, half-scorpion, and owns a theme restaurant dedicated to her own past adventures. Details such as the pixie biker gangs who cruise around on apparently riderless motorcycles, but can do so when a dozen of them are operating different parts of the vehicle.

If Onward ultimately doesn’t belong in the top half of the studio’s 22 feature films, it’s only because that output represents some of the very best and most enduring children’s entertainment – nay, entertainment for all ages – of the past quarter century. It probably does, though. And it’s particularly refreshing in the following sense: Onward reminds us Pixar is still thinking forward, not just to its cash cows of the past.