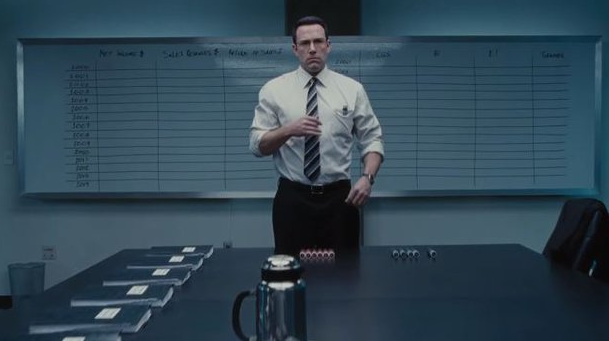 Wolff is a small-town public accountant but he makes a living uncooking the books for big time international criminals. He’s also very adept with weapons and hand to hand combat, a result of both his precise mentality and his childhood development being overseen by an austere, militant father. That much is clear, but there’s still about two hours of content beyond that information in The Accountant and it’s conveyed in the most haphazard way. There are some FBI agents, hot on Wolff’s trail, and you won’t care about them. There’s the head of a robotic prosthetics manufacturer, who hires Wolff to check out some potentially cooked books, and you won’t care about him. There’s a young female accountant, who works for that robotics prosthetics manufacturer. She’s ostensibly Wolff’s love interest, although you won’t care about her either. Oh, and there’s a mercenary who’s going about murdering people who are connected to both Wolff and the robotics prosthetics manufacturer, for reasons that don’t become clear until towards the end. You won’t care about those reasons much before they become clear and you’ll care even less when they do. 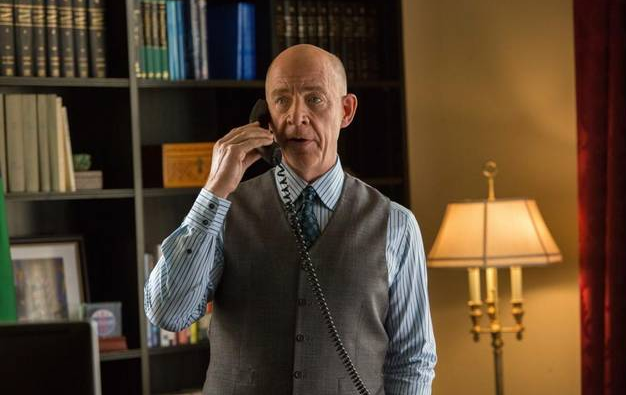 The Accountant might have gotten away with it all if the film had been fun. It’s not. It’s the sort of movie that thinks it’s clever – thinks it has something interesting to offer – but is actually stupid. There’s nothing wrong with a stupid movies. Stupid movies can be wonderful. Problems arrive, however when stupid movies don’t know that they’re stupid. Something silly happens at least every five minutes in The Accountant but it’s all expressed with such grim earnestness that the confusion that the plot engenders becomes even more pronounced. What am I watching? Why are these people behaving so seriously considering the goofiness  of their actions and the content of their conversations?

It struck me about three quarters of the way through that narrative of The Accountant plays a little bit like a superhero origin story. There is an eagerness for a sequel, which is certainly a common trait among superhero movies. There is a unique ability in the protagonist that allows for remarkable action, although it’s a product of autism. There’s a backstory, told through flashbacks, that explains the protagonists’ motivations. So, The Accountant is a superhero movie. But we’ve all learned by now, particularly thanks to the efforts of Zack Snyder, that superhero movies almost always need to be fun to work. The Accountant isn’t fun. It’s also not very good.