"Nothing can replace the energy of imagination, or equal its scope."

"The failings of DuVerney and her team of screenwriters are so apparent here that the complexities of the source material simply cannot be solely at fault."

Nothing can replace the energy of imagination, or equal its scope. That’s one of the reasons why few book adaptations are regarded as superior to their source material. I have never read Madeleine L’Engle’s science fantasy novel, “A Wrinkle Of Time”, though watching Ava DuVernay’s adaptation, I could figuratively feel the imagination that I’d never even had a chance to employ being drained from me. Images that might have been sparked in my mind by L’Engle’s prose were rendered sterile by DuVerney. The film left me emotionally and fancifully barren.

There wasn’t a moment of A Wrinkle of Time that I enjoyed, not a character I could relate to and not an single image that provoked my interest. The film is not only bad, but poorly made. I imagine that A Wrinkle in Time is what you might get if you gave a film student a couple of hundred million dollars, although that sentiment does no justice to the many talented film students out there. 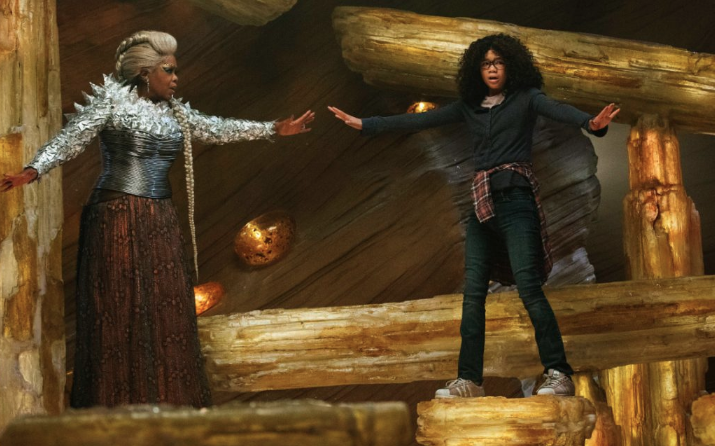 Cast your mind back to a film called Bill and Ted’s Bogus Journey. Not all of you will be able to do that, so I’ll try to be as clear as I possibly can. There is a sequence in that film in which the titular heroes are cast down into hell, where they are confronted by a handful of overlapping nightmareish scenarios that have little to do with the overall plot. One involves a giant Easter bunny, another involves a tyrannical army sergeant. You with me?

When I say that A Wrinkle in Time a little bit like a feature length version of this sequence, I’m not just being cute. The entire film is a series of incoherent, sometimes dream-like but often nightmare-ish scenarios that are connected to the plot with ferocious flimsiness. The Bill and Ted correlation entered my mind involuntarily. Unfortunately for DuVerney, the hell sequence in Bill and Ted was a portion of that film. DuVerney’s nightmare is all encompassing.

Do I bother relaying what little plot there is? Chris Pine, who deserves better than this, is Dr. Alexander Murry, a scientist who “wants to shake hands with the universe.” I’m inclined to believe that any good scientist wouldn’t entertain such eccentric ambitions but this is science fiction, and it’s a drop in an ocean of grievances.

Murry goes missing and we find out that it’s because he has managed some form of otherworldly teleportation. His children, Meg (Storm Reid) and Charles Wallace (Deric McCabe) set out to find him. Accompanying them for what appears to be absolutely zero reason is a boy they barely know, Calvin (Levi Miller). That’s the plot. There isn’t any more because as soon as everything that I just conveyed is haphazardly established, A Wrinkle in Time descends into its Bill and Ted nightmare, and all seven layers of hell are saturated with bad filmmaking. 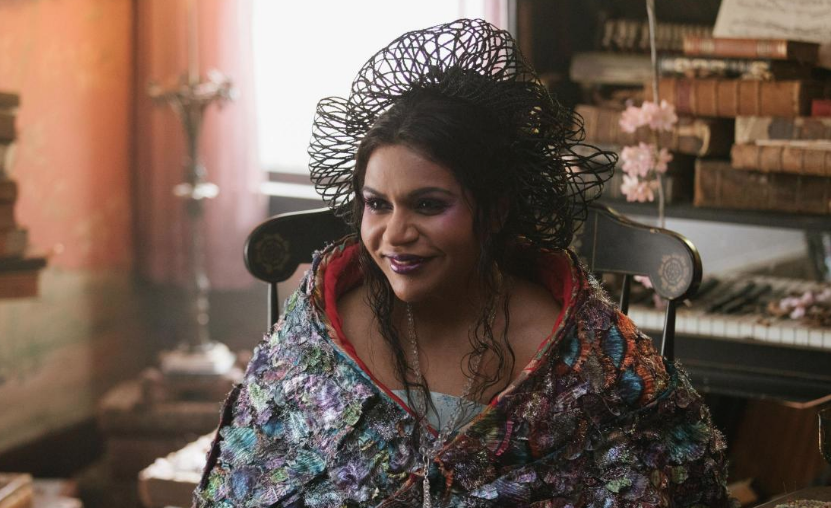 I tried to remind myself as I endured A Wrinkle of Time that it is primarily a film for children but a niggling counterargument in my brain recalled dozens of great children’s films. Besides, ought a film aimed a kids not be expected to be as worthwhile as anything adults digest? Despite my ignorance of L’Engle’s novel, I have often heard it characterised as being a particularly challenging proposition to translate to screen. The failings of DuVerney and her team of screenwriters are so apparent here that the complexities of the source material simply cannot be solely at fault.

A Wrinkle in Time is a stunning illustration of inept filmmaking and clumsy storytelling. It’s bewildering how little of what is on screen translates to entertainment, which is ostensibly what this film is all about. Characters stare up in awe at whatever computer generated imagery we are meant to be impressed with. But movie magic is forged by good filmmaking and all the technology in the world won’t be enough to fake it.