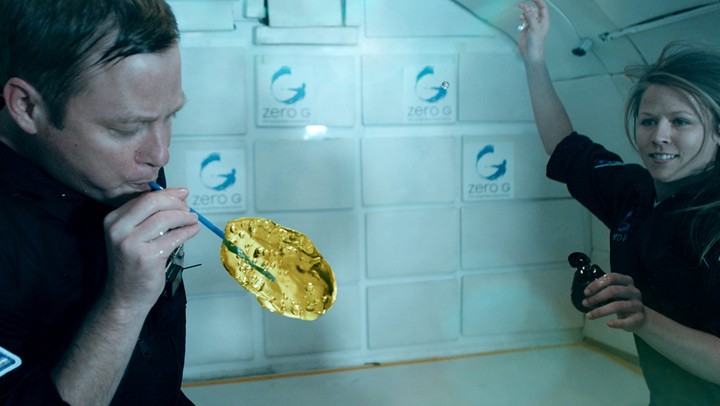 Shooting in zero gravity was something that Gravity director Alfonso Cuarón reportedly looked into when beginning pre-production for the film that would ultimately win him the Academy Award for Best Director. The idea was rejected, and instead the filmmaking team spent three years painstakingly creating the effects that would put Sandra Bullock and George Clooney into one of the most realistic depictions of outer space in movie history (Interstellar is just around the corner).

But for this Britvic’s Robinsons Squash’d commercial, Cuarón finally got his chance to shoot in zero gravity, in a special plane known as the ‘vomit comet, which conducts parabolic flights that give its passengers 15 seconds of weightlessness.