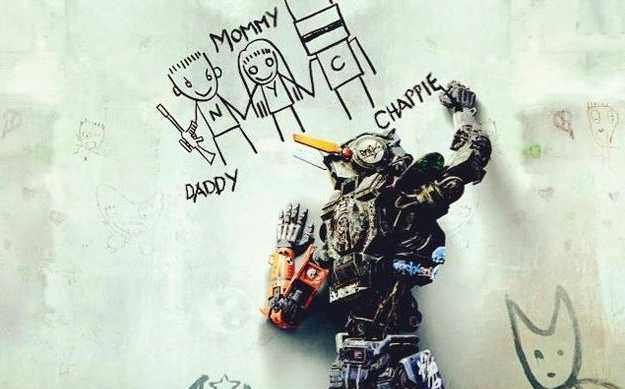 Chappie is the new film from Neill Blomkamp, director of the 2009 surprise hit District 9 and last year’s Elysium. While the District 9 was both a critical and commercial success, Elysium, perhaps unfairly, received a lukewarm response from audiences and critics alike. From the trailer, it looks as though Chappie will embrace Blomkamp’s distinctive visual style.

“After being kidnapped by two criminals during birth, Chappie becomes the adopted son in a strange and dysfunctional family. Chappie is preternaturally gifted, one of a kind, a prodigy. He also happens to be a robot.”