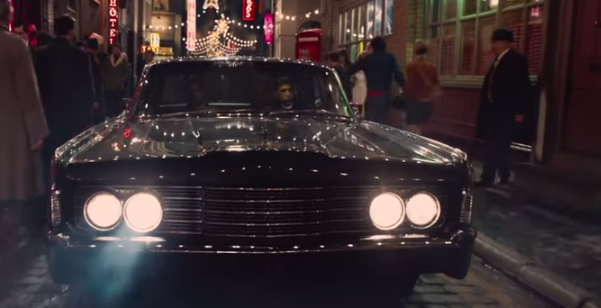 You could never accused us here at ReelGood of neglecting the portion of our readers who are partial to the acting stylings of Tom Hardy. We gave Mad Max: Fury Road 9/10 for gosh darn sakes. Anyway, this is our second Tom Hardy trailer today, which is never a bad thing. It’s also our second Tom Hardy trailer today for a good looking flick, which is certainly nothing to be sniffled at. The first trailer for Legend was the best trailer we’ve seen this year. The second trailer for Legend diminished our excitement somewhat. This trailer for Legend has raised it to about halfway between those two points of interest. It’s directed by the fella who wrote L.A. Confidential, which is a good thing. The problem is that he also directed A Knight’s Tale, which is a bad thing. Tom Hardy has never phoned in a performance….wait…yep…we can’t think of a single time he was bad, so that’s worth the price of admission alone.

Extra tidbit: Back in 2010, our editor threw up on the way to see Inception at the cinemas because he was so excited.

“Focusing on the life of Reggie Kray, as he seeks to control the psychotic tendencies of his twin.“