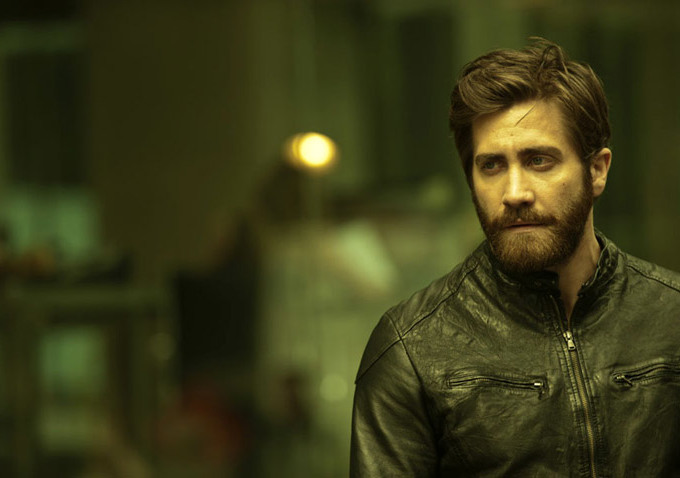 Have you ever wondered if there’s someone else out there on this vast planet that looks just like you? What if there was? What if you met them? Denis Villeneuve’s delves head first into this concept with no mercy in the psychological thriller, Enemy.

Adam (Jake Gyllenhaal) is a college history professor in Toronto. A quiet, unassuming man who doesn’t appear to do much else other than teach, sit alone in his dank apartment, and have sex with his girlfriend (Mélanie Laurent). Adam’s monotonous routine is broken when he spots an extra in the background of a film that is his exact double. In the ensuing search to find this man, Adam is propelled into a highly tense series of events that swells with paranoia and gradually tears away at his personal relationships, his profession, and his own sense of identity. This isn’t your friendly neighbourhood Parent Trap; this is a highly-strung concoction of intense paranoia and a offers a sense of looming disconnect between reality and fantasy. Not even Lindsay Lohan can save you now.

Society has had its fair share of obsessions with doppelgängers (hello, Facebook profile pictures of 2009), and for good reason. There’s a perverse interest in the idea of someone sharing something as individual and personal as your appearance. Villeneuve takes this obsession with individualism and sense of self and blows it up, gradually and methodically hinting at the emergence of a menacing dystopia where chaos reigns. While Adam’s life gets increasingly entangled with his doppelgänger’s, there’s a constant interplay between reality and fantasy that prompts more questions than it answers. It gets to a point where you have to step back, almost like attempting to watch a foreign film without subtitles, relying on the imagery to connect everything, not so much the specifics of what’s being said.

I could honestly spend the rest of my life trying to figure out “what it all meant” and I’d probably never get there. I watched this film more than three weeks ago and my mind is still finding new dots to connect in strange combinations that make me re-think my entire perception of the film. But you’ll find no complaints here from me. In an age where stories and morals seem to be wrapped up tightly and dropped in our laps, it’s exhilarating to be left with your head whirling. Simply put, Enemy is the mother of all mind fucks. All hail.