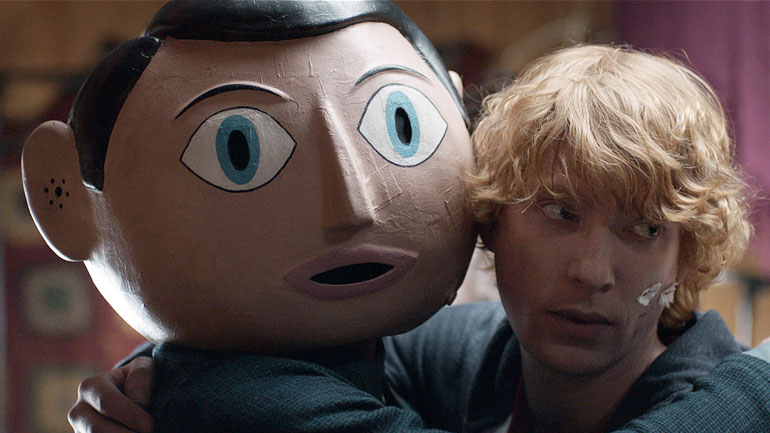 Note: This is an abridged version of ReelGood’s cinematic review of Frank

Based loosely on Chris Sievey’s comic persona Frank Sidebottom, as well as taking some inspiration from Daniel Johnston and Don Van Vliet, Frank is extraordinarily insightful concerning the oddities of the music industry. There’s a discordance between the Soronprfbs band members regarding advancement. Jon is bewildered at the group’s lack of commercial interest while theremin player Clara (Maggie Gyllenhaal) ridicules widespread appeal. At one point Frank declares “I’ve always envisioned having a band member who shares my dream of writing extremely likeable music!” There may be a happy medium between extreme affectation and extreme commercialism in the music industry but the members of Soronprfbs struggle to find it. Perhaps they just don’t want to.