"It’s hard to believe Holmes & Watson marks only the third collaboration between Will Ferrell and John C. Reilly..."

It’s hard to believe Holmes & Watson marks only the third collaboration between Will Ferrell and John C. Reilly, and the first in ten years. Starring in Talladega Nights and Step Brothers doesn’t exactly make them Dean Martin and Jerry Lewis or Bob Hope and Bing Crosby, but those movies do contain some of the most concentrated comedic gold of the 21st century, giving the impression of a more prolific partnership than Ferrell and Reilly actually have. It’s also an indication of the rarity of recurring comic duos in this day and age. If looking for other examples, you’d be considering the likes of Simon Pegg and Nick Frost or Ben Stiller and Owen Wilson. Pickings are slimmer than you’d think.

All this is to say that the duo taking on the role of literature’s most famous detective and his sidekick carried a certain air of inevitability. Perhaps just as inevitable is the unlikelihood of living up to past successes. Holmes & Watson does not do that, but it does contain just enough yuks, many of the guilty variety, to be worth watching under the right circumstances – like, on a plane. Or at the drive-in on New Year’s Eve, as this critic watched it. 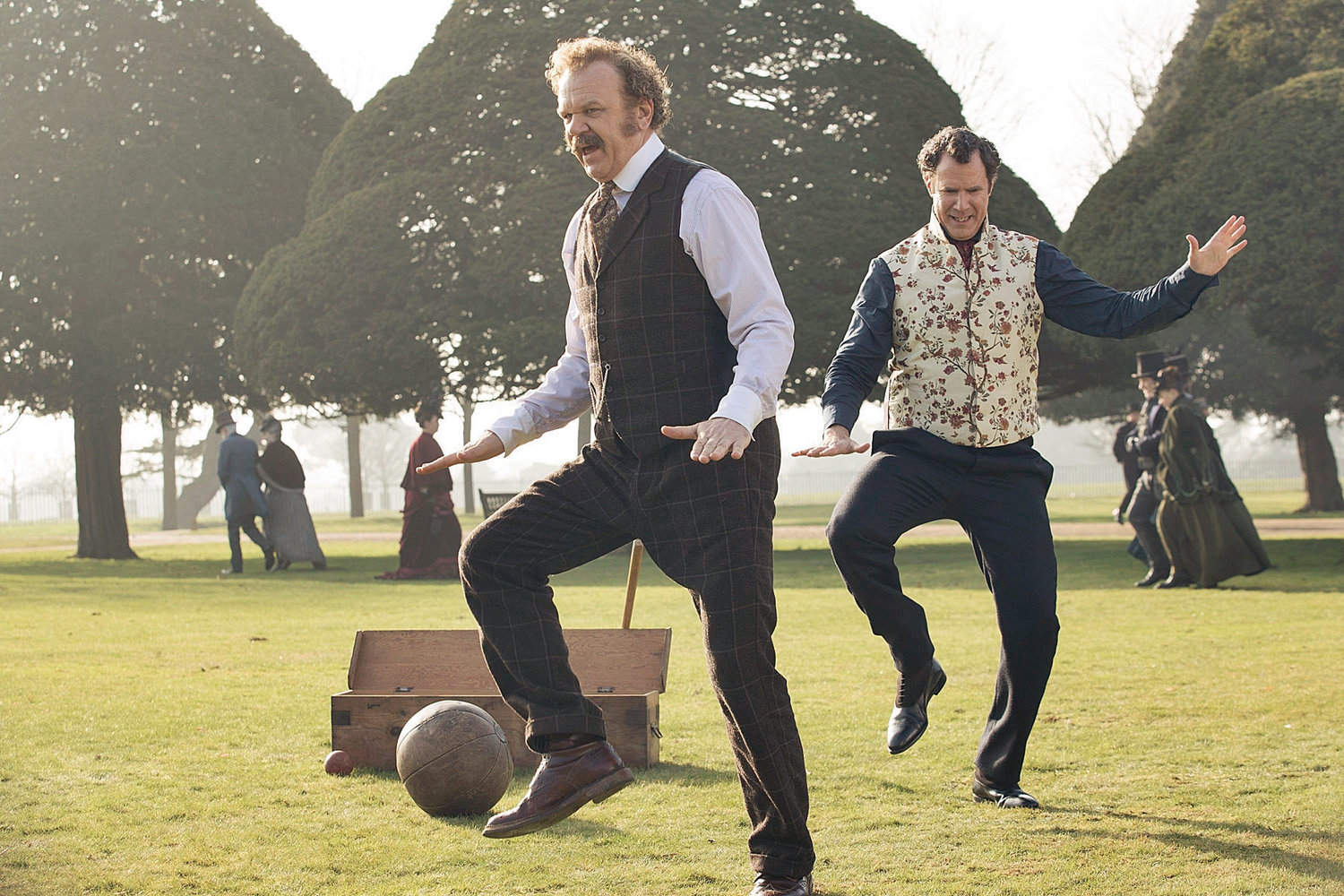 Although they evenly carried Step Brothers, Ferrell was the alpha in Talladega Nights, and that dynamic repeats itself here. In fact, the core narrative arc is John Watson’s attempt to prove he should be considered a co-detective alongside Holmes, rather than his assistant. The actual plot is a bunch of silliness involving threats by archvillain Professor Moriarity (Ralph Fiennes) to assassinate Queen Victoria, but it exists only to provide a modicum of structure to the disjointed series of set pieces. In one of a number of ways the story does not care about historical accuracy, the action ends up on board the docked Titanic for its climax. That boat didn’t set sail until 11 years after the death of the very queen they are trying to save. Albert Einstein also makes an appearance. You get the idea.

Really the only measuring stick necessary for Holmes & Watson is if it produces laughs, and it does. Ferrell’s absurd line deliveries are a good match for a pompous stuffed shirt like Holmes, and Reilly plays an effective straight man. Comedy is best when it appears easy, and Ferrell and Reilly have an easy chemistry that inspires you to reward their attempts, even when those attempts are not really worthy of the standards for good comedy.

The film also wins some laughs from the duo’s 19th century attempts to comprehend 21st century women. Rebecca Hall and Lauren Lapkus appear as American scientific counterparts to the central duo. Disbelieving that women could hold the same type positions as they do, Holmes and Watson engage in a variety of linguistic play regarding how to pronounce the word “doctor” and whether it means the same thing in America as in England. This type of banter is the bread and butter of Holmes & Watson. If it’s not your thing, this is not your movie.

Even if you like that type of banter, though, many of the other jokes involve things like Holmes vomiting repeatedly in the face of gore, and a housemaid (Kelly Macdonald) getting caught emerging from intimate encounters with a variety of historical figures (hence Einstein’s appearance). Lowbrow humour can be good material for Ferrell and Reilly, but only if it’s written better than this. 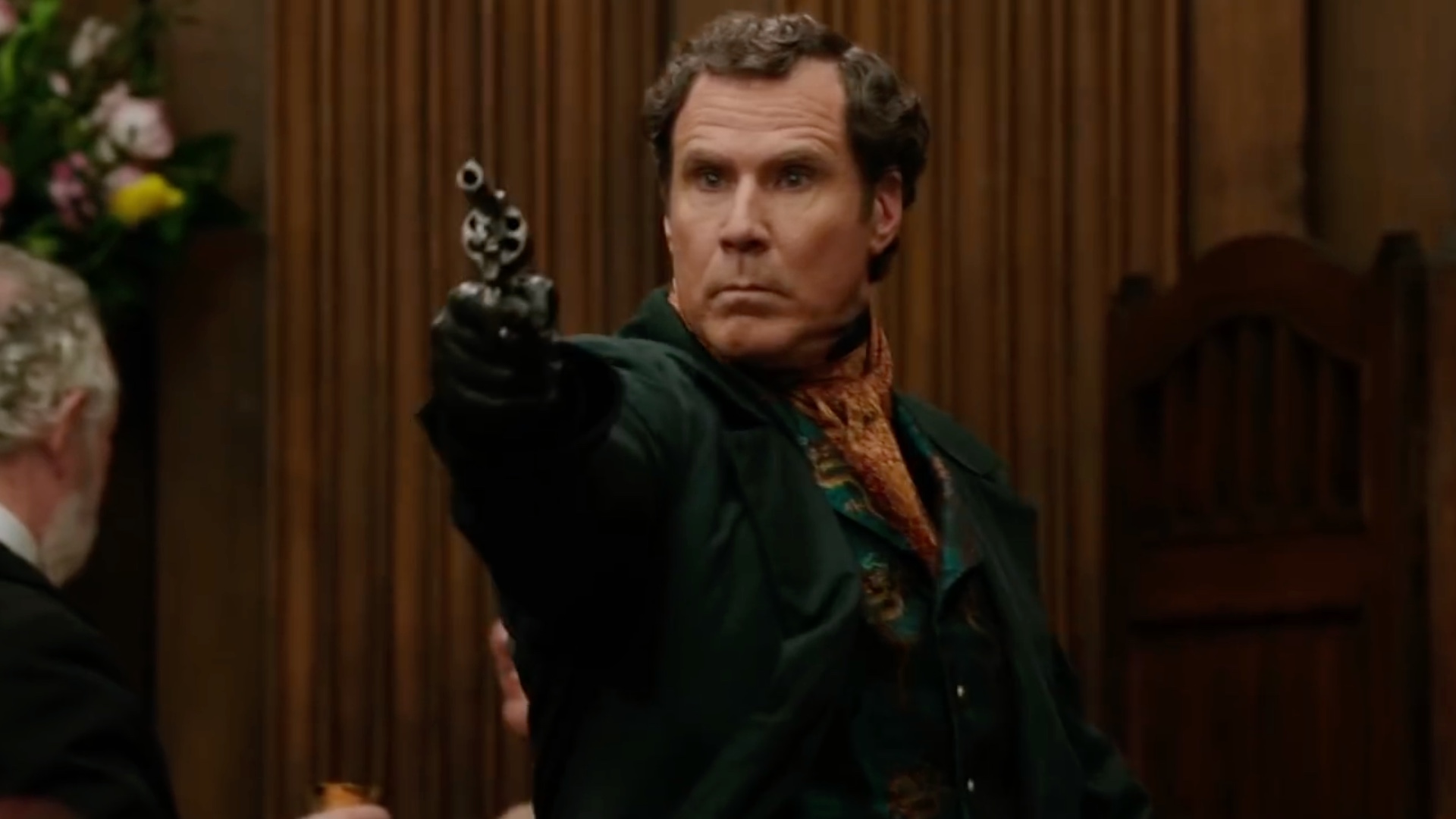 As such, it’s the loss of a third collaborator that likely explains this movie’s underperformance more than any deficiencies by Ferrell and Reilly. Adam McKay wrote and directed both Talladega Nights and Step Brothers, sharing the writing credit with Ferrell in each instance. Etan Cohen assumes both roles in Holmes & Watson, and he’s just not quite up to it. Cohen’s previous directing credit was also a collaboration with Ferrell, the prison comedy Get Hard. It had some laughs as well, but also not enough to exceed the level of plane or drive-in worthy. While McKay is now off making ambitious awards nominees like Vice, Holmes & Watson leaves its two stars treading water.