I, Frankenstein sure is 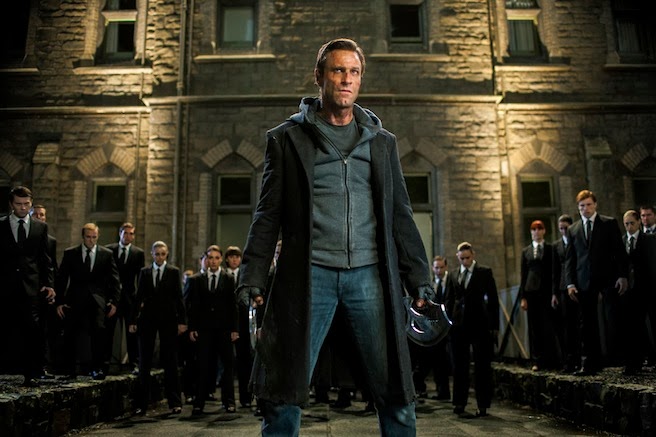 The Universal Monsters unleashed in the 20s’ and 30s’ have been revamped multiple times in the last couple of decades. The Mummy, Wolf Man & Dracula have all been the subject of a metamorphosis, becoming much more malevolent than their progenitors. I, Frankenstein doesn’t just tweak the classic formula, it takes it and drowns it in a river (take that 30’s censorship!).

After walking the Earth for hundreds of years, Frankenstein’s monster is suddenly caught in the middle of a war between The Demons and Gargoyle’s. Frankenstein must side with the latter in order to stop the Demon-Prince from reanimating an army of demon soldiers. On paper and yes, on screen, Frankenstein has found himself the star of an action movie and while the innovativeness is welcome, its execution fails to match.

Director Stuart Beattie and Kevin Grevioux’s script (based on Grevioux’s graphic novel) is best described as innocuous; not aggravating at all but certainly not stimulating. Ambivalent in its narration, it never seems to know which story it wants to prioritise. This structure results in no real depth and an inability or blatant unwillingness to care and this is at its most distressing when it pertains to Frankenstein himself. He is such a misunderstood character. Whether it was captured by Mary Shelley’s novel or Boris Karloff’s incarnation, Frankenstein simply wants to be accepted but is capable of such horror. Neither of these attributes comes to any fruition and despite the characters empathetic nature being a pre-disposition, it has been extracted before the film even begins. 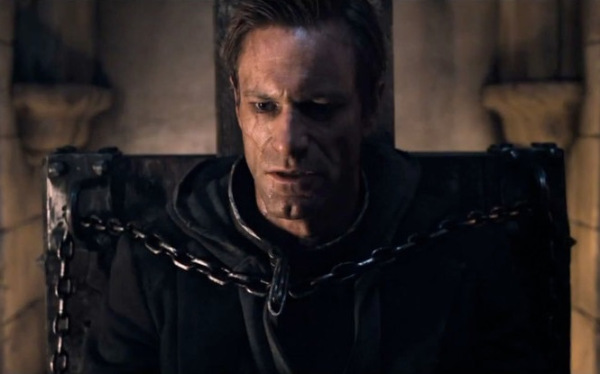 Casting the titular role wouldn’t have been a strain as Aaron Eckhart grunts and grumbles most of his lines anyway. Aaron pretty much plays the big lug as himself, albeit slightly more angry with scars on his face. Miranda Otto, who plays the Gargoyle Queen, looks as though she’d rather be anywhere else and Jai Courtney probably just wishes he was Bruce Willis’ son again. Yvonne Strahovski is a surprising performance but the real saviour is Bill Nighy, who legitimately appears to be revelling in his role, leaving a pervading sense of menace throughout the film that otherwise would have been absent. In their defence though, all the good dialogue seems to have been given to Bill because whenever anyone else speaks it’s impossible not to roll your eyes.

Australian director Stuart Beattie’s second directing gig shines a light on his amateurish qualities, substituting drama and consequence with an over reliance on CGI and action sequences. However, it is in these instances that Beattie unveils his strengths, displaying a propensity to litter every frame with wonderfully filmed and fluent action.  The biggest downfall is that each set piece feels kind of similar, which unfortunately places a caveat on the films main drawing card.

Ultimately though, like Van Helsing and Underworld before it, I, Frankenstein’s action serves merely as a gloss, detracting from what is a very shallow story, exacerbated by very wooden performances.