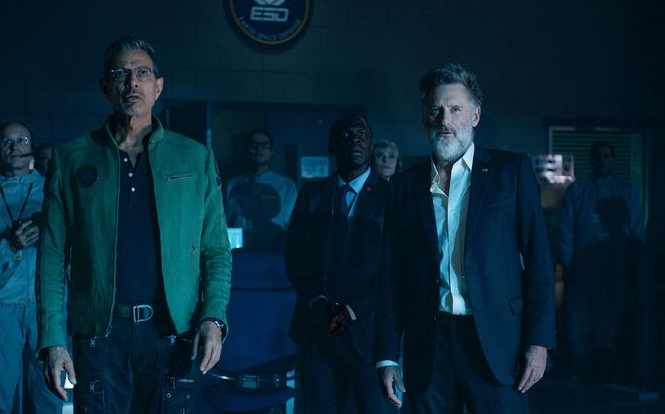 There was a brief period of time in which special effects were the most wondrous they had ever been, and may ever be. It was during the nineties and it began around the time of the release of Jurassic Park, which was the first Hollywood blockbuster to employ computer imagery extensively (though not by any means the first to use it). It ended at the close of the millennium, when the Wachowski siblings and their visual effects supervisor, John Gaeta, created the Bullet Time effect for their film, The Matrix, and audiences had never seen anything like it.

Back in the 1990s, we suspected that a lot of special effects were created digitally. In 2016, it’s rare that special effects are created without the help of computers. Audiences are aware of that. Technical discernment has diminished the strength of spectacle. Roland Emmerich’s Independence Day was released in 1996, right in the middle of that era between Jurassic Park and The Matrix. Emmerich’s style of filmmaking absolutely depends on the power of spectacle. He made Independence Day, but he also made Godzilla, The Day After Tomorrow and 2012. Those are movies with a knack for spectacular destruction, and not much else. 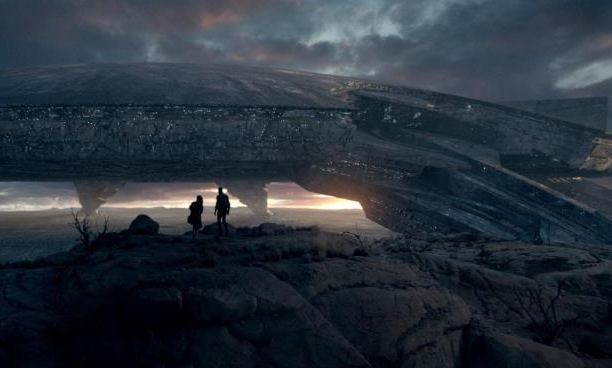 Independence Day is Emmerich’s best film, and was the one that established the hallmarks for which he is now known. He may be unwilling or unable to shed the stigma, but Emmerich’s name is synonymous with disaster films. His characters suffer the most. In the best case scenarios, which these films never are, the characters are well-rounded and interesting. The middle case scenario is that they are adequately enjoyable launch pads from one scene of wanton destruction to the next. Then there is Emmerich’s (and writer/producer partner Dean Devlin’s) approach to characters – confidence and ignorance. Neither Emmerich nor Devlin are accomplished enough filmmakers to fill their movies with good characters, but there’s a self-belief that underlines their films that the quality doesn’t match. The films are occupied by awful characters that the filmmakers believe are good characters. That’s a powerful combination.

In 1996, there had already been decades of Hollywood films about alien invasions. The tensions between Communist Russia and America in the 1950s spawned a Golden Age of Science Fiction in America. Films such as The Day The Earth Stood Still and the original War Of The Worlds were the result. Steven Spielberg reignited America’s passion for alien invasions with Close Encounters of the Third Kind. Independence Day wasn’t a new idea, but it destroyed the world.

There has been a conspicuous effort on the part of both cast and crew of Independence Day: Resurgence to renew the energy in which the original film was released. But Emmerich and Devlin have misjudged what it was that made the original film so fascinating. Perhaps what made the first Independence Day film so special in the mid-1990s is impossible to revisit in contemporary filmmaking. We’re too CGI-savvy and it wasn’t the characters that made that film great.

Independence Day: Resurgence lacks the element of surprise, and the spectacle is somewhat diminished, but more crucially, it’s not as good as the original. There was a real sense of significance in the build up to the initial attack in the original film. As soon as Resurgence begins, the narrative snowballs with no time to reflect on what is transpiring. By the time the first attack has finished, it’s not even clear whether it has begun. Characters will bound from one situation to another and it’s never totally clear where they are or why they are there.

And then there is the giant talking sphere. How Emmerich and Devlin honestly believed that their sphere idea was a bright one is astonishing. Suffice to say, there is a talking sphere in the film that would be far more at home in Rick And Morty or The Hitchhiker’s Guide To The Galaxy. The sphere is also responsible for one of the most laughably awful final scenes in recent memory.

Roland Emmerich might be the best filmmaker in the world at one particular thing, but his films contain lots of other things, and he’s not so good at those. Independence Day is his best film because the characters and the story and the pace were adequate, but the special effects were amazing. Independence Day: Resurgence isn’t his best film but the special effects are great. Sometimes with a Roland Emmerich film, that’s enough. He’s the best filmmaker in the world when it comes to destroying things.