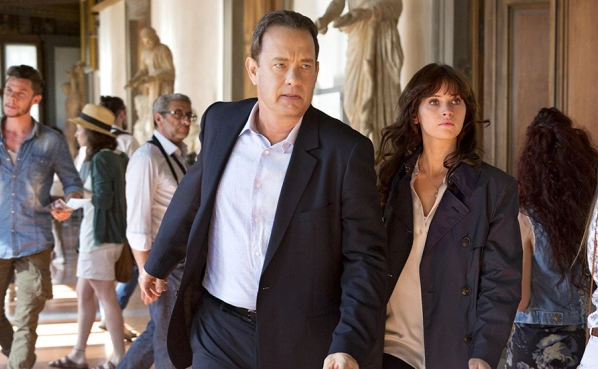 Based on current age and sex-specific death rates, the average life expectancy is a little over 89 years. That’s in Monaco, a nation that enjoys the top spot on the life expectancy spectrum, but for the sake of discussion, I will use their good fortune as a means of generalisation. There are eight thousand, seven hundred and sixty hours in a year. That’s seven hundred and seventy-nine thousand, six hundred and forty hours in a lifetime, by Monaco standards. While that may seem like a lot of time, to put it into context, Dante Alighieri, the Italian poet of the Late Middle Ages who happens to be a crucial figure in Ron Howard’s new film, Inferno, died in the year 1321. That’s six hundred and ninety five years ago. Or over six million hours. And in the greater scheme of things, 1321 isn’t so long ago as all that. Your eight thousand, seven hundred and sixty hours are suddenly more precious than you might have initially reckoned. If you value those hours, don’t squander two of them (plus one minute) on Howard’s hellfire of a film.

Inferno is the third in a series of adaptations of novels by Dan Brown. The novels are connected principally by the central character of Robert Langdon, a Harvard University professor of religious iconology and symbology. Brown’s novels also all share a narrative interest in conspiracy theories that relate to classic works of art. I saw The Da Vinci Code, Howard’s adaptation of the most popular Robert Langdon story, because, like everyone else, I had read the book to see what all the fuss was about. I skipped Angels & Demons, the film’s sequel (but the novel’s prequel) because The Da Vinci Code was such an unpleasant viewing experience. I would have just as eagerly skipped Inferno, the latest Langdon film, had I not, somewhere in the interim, become a film critic. 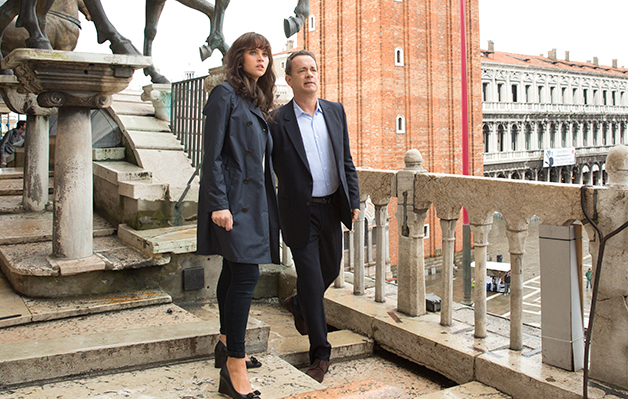 That’s an occupation that can attract a lot of criticism, particularly from filmmakers. Earlier this year, Alex Proyas attacked film critics, questioning the right of someone to denounce an artistic endeavour. In response to that, I would say two things. Firstly, film critics love cinema and most of them would never want to write a negative review. Secondly, good film criticism isn’t criticism at all, it’s discussion. But now I have sat through Inferno, and feel morally compelled to reduce this review to unbridled denunciation.

That’s not a clever quip. These Dan Brown adaptations are poignant analogies of the cynical way in which Hollywood is very often perceived. Talented individuals have been rendered creatively apathetic in the name of greed. It’s almost impossible to believe that Ron Howard and Tom Hanks (playing Langdon) decided to make Inferno as a result of any belief they had in the quality of its predecessors or in the potential quality of Inferno. This is the example of the film industry extorting trusting audience members. This is a series of films that deserves critical abuse. Ron Howard, who can be an exceptional filmmaker, didn’t sign on to Inferno with any creative ambition. 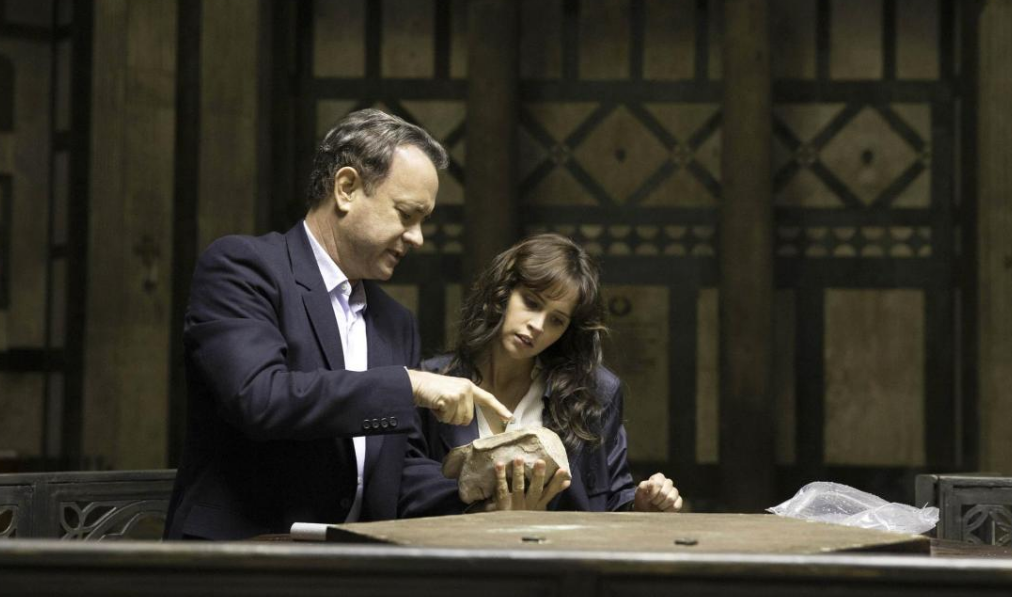 Having not read Inferno, I can’t speak as to how the film compares to its source material. But for all its faults, The Da Vinci Code novel was a lively page turner and none of its spark was evident in Howard’s film interpretation. Inferno, as a film, is a symphony of adventure mystery clichés. Langdon is awoken in a hospital by a young female doctor (Felicity Jones), with a severe concussion and a memory loss encompassing the previous forty-eight hours. This opening fifteen minutes is the most abrasive depiction of a headache ever committed to film. It may only be in the movies that memories significant to current events are drip fed via aggressive sporadic flashes. Unfortunately, Howard adopts this cheap narrative technique for almost every piece of important plot information. It’s difficult to follow. It’s harder to care.

The least fortunate victims of Inferno, other than paying audience members, are the talented actors, such as Jones, Omar Sy, Irrfan Khan and Sidse Babett Knudsen, that made an understandable career choice and were let down by indifferent filmmaking. Their efforts provide the only spark in an otherwise departed film. That those efforts go unrewarded makes them tragic. For a wonderful filmmaker to make one terrible Dan Brown adaptation is a shame. For that filmmaker to make two is a disappointing surprise. A third is negligence for money. If you’re after a film with no redeeming features, look no further. Hell hath no torment like a screening of Ron Howard’s Inferno.