Nothing up Allen’s sleeve. 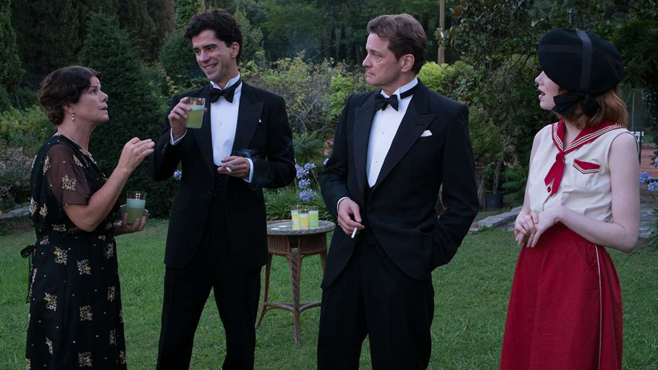 There may be nothing more disheartening as a film reviewer than sitting down to write about a film that encourages little to no discussion. Woody Allen is one of the most industrious filmmakers in the cinema history, having directed and released a film almost every year since his most famous work, Annie Hall, back in 1977. His successes have somehow left a far more lasting impression on critics than his numerous failures, despite the man having essentially fallen into a state of recapitulation over the past few decades. Allen’s latest film, Magic in the Moonlight, is so mediocre in almost every way it’s difficult to determine the man’s rationale behind making it.

Stanley (Colin Firth) is the world’s leading illusionist, performing all over the globe under the pseudonym Wei Ling Soo. After a show in Berlin, Stanley bumps into Howard Burkan (Simon McBurney), a fellow illusionist and an old friend. Burkan tells Stanley of a women he has met, Sophie (Emma Stone), who has convinced a wealthy family of her genuine mystical powers. Burkan, unable to spot any tricks or cheats that Sophie might be employing, recruits Stanley to accompany him to unmask the woman as a fraud. Through a series of maddeningly humdrum attempts at charming filmmanking, Stanley begins to fall for Sophie as a mystic as well as a women.

Allen appears to have put so little effort into Magic in the Moonlight it seems unjust to vindicate the film with a review. The film maintains a cursory degree of interest throughout, but Allen could write these sort of films in his sleep – and perhaps did write this one in his sleep – that it’s surely not unreasonable to expect a certain level of quality. Allen’s motivations behind his filmmaking nowadays are ambiguous. There seems to be an element of passion beneath the staleness, but of late it is industry and habit that have presented themselves as the overriding influences on his work. Even his superior films of late have an element of throwing enough shit at the wall to see what sticks. Magic in the Moonlight is the latest in a series of films, that have now spanned decades, in which Allen reiterates the themes and plots that made his finest work so great.