"...it does things that the franchise has always gotten right arguably better than they have ever been done."

"The writing, rarely valuable in large-scale filmmaking, is junky and strained."

Mission: Impossible Fallout is fun. That’s important, in the context of a review of the film. Also important is that Fallout is entertaining. It’s easy to forget that a lot of films with impressive budgets are neither fun nor entertaining; those two characteristics really ought to be a primary mandate. Easy to forget, that is, unless you’re a film critic and you see every depressingly lacklustre blockbuster that thuds into cinemas. I would say that I saw Justice League so that you didn’t have to, but it made nearly seven hundred million dollars at the box office. You saw it anyway.

Mission: Impossible Fallout is far from lacklustre. It makes mistakes that the franchise has been slipping up on since Brian De Palma’s original in 1996 (itself an adaptation of a television series that ran from 1966 – 1973) but it does things that the franchise has always gotten right arguably better than they have ever been done. If you know what I’m talking about then you already know whether you’re buying a ticket or not. 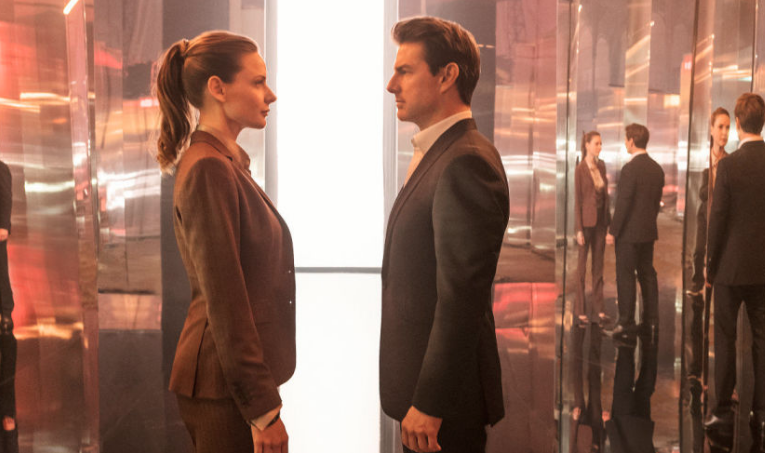 The mistakes are the least of our worries. The film, the second Mission: Impossible film to be written and directed by Christopher McQuarrie, is convoluted and meaningless, a recurring trend with these films. It’s a trend that Ethan Hunt and company ought to buck. Films are always more interesting when they are interesting. A MacGuffin is merely that; the franchise is now home to six hollow MacGuffins, from NOC-lists to Rabbit’s Feet, all needlessly labyrinthine. The plot may not be why we go to these films, but it could be, and it should be one of the reasons. Mission Impossible: Fallout would have benefitted from addressing this critical issue while it improves the non-issues.

In regards to MacGuffins, plutonium is a narrative device that needs to be felonious in future action films. Plutonium as an ambiguous plot point alleviates the audience (just me?) from the burden of interest in the plot. It’s a hallmark of apathetic writing. If plutonium is all a film has to offer me, less engagement is all I have to offer in return. Mutually assured destruction is so drained in film that all it assures nowadays is apathy.

Fallout is the first film in the franchise to actively engage in past instalments in a serious way. That’s a good thing. Ethan Hunt (Tom Cruise), almost as sprightly as he ever was, loses a bunch of plutonium (check out) because of his dedication to his team (check out more so) which leads to some energetically staged action sequences (back in). Returning for this chapter are Rebecca Ferguson and Sean Harris from Rogue Nation, in prominent roles, but there are critical connections to every episode in the franchise, even John Woo’s lifeless, brainless M:I2.

The writing, rarely valuable in large-scale filmmaking, is junky and strained. But even its most hobbling elements aren’t enough to overwhelm Fallout as a whole. It is one of the best examples of action filmmaking in recent memory; an example of filmmaking that can achieve serious thrills simply by way of the manner in which it is assembled. Image, music, action and sometimes even dialogue, come together extraordinarily well in Fallout, often. Such accordance of components provides delight that is quite literally only possible in the medium of film. 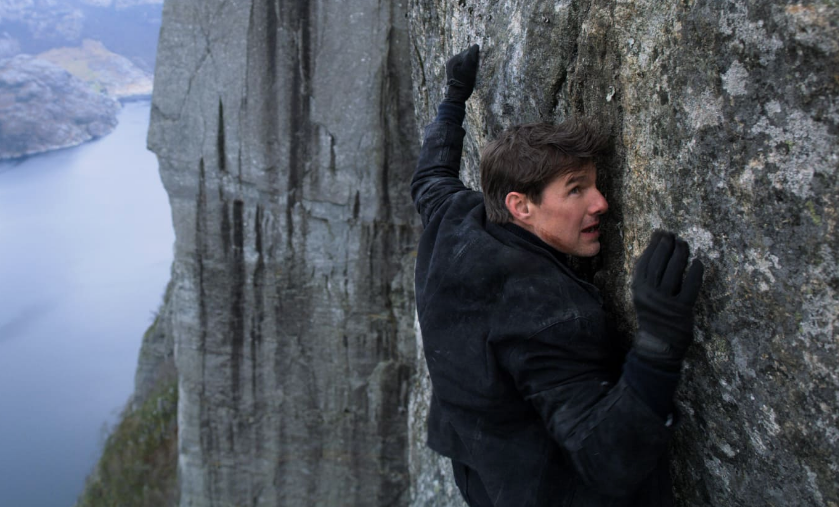 Supposedly, most of the stunts were filmed as practically as possible The reemergence of stunt work in Hollywood, a consequence of films such as Mad Max; Fury Road but also the work of Cruise himself, is welcome following the surge of computer generated imagery over the past two decades. Cruise, now 55, has demonstrated such an astonishing commitment to practical stunts that he has well and truly earned his place amongst the likes of Jackie Chan and Buster Keaton, performers willing to put their bodies on the line to produce thrills.

This is a man who has scaled the Burj Khalifa – the outside – and climbed aboard an ascending plane – mid-air. Whether Cruise ever has doubts regarding these undertakings, we are the beneficiaries of some of the most breathtaking stunt work  ever committed to film. 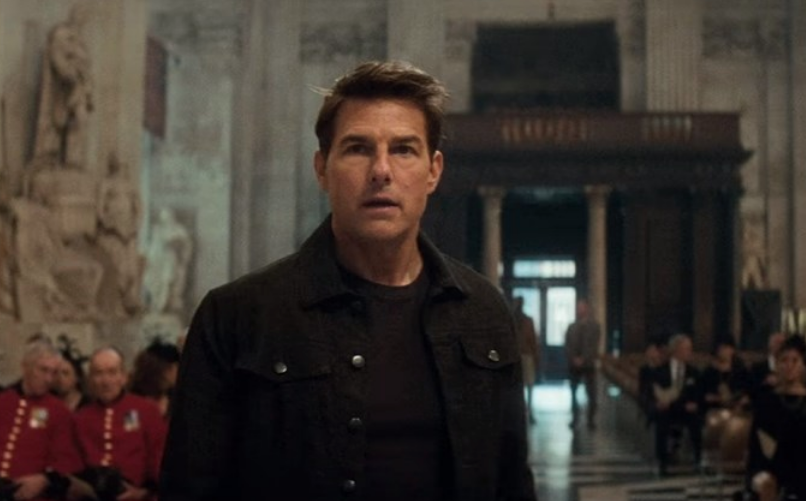 Ethan Hunt’s unwavering commitment to his job, an increasingly integral element of this franchise, is both appealing in its bravado as it is laughable in its earnestness, and simplicity. And in some ways, Hunt and Cruise are becoming difficult to separate. The first Mission: Impossible film was released over twenty-years ago and Hunt, like Cruise, is not the same man in 2018 as he was in 1996. In recent episodes, a weariness has crept into the character – the sort of fatigue that sets in after saving the world six times over, or after being publicly scrutinised relentlessly for three decades.

Most unexpected about Mission: Impossible Fallout is that the franchise, one pervaded by stylistic and narrative repetition, remains as engaging as it ever has been, perhaps more so. This is better than Bond, more likeable than Bourne. Those are Ethan Hunt’s principle contemporaries, though they are void his sense of the ridiculous. Where Hunt will go from here is unclear although I will hazard a guess that it will be more of the same. Cruise’s audacity may be greater than his imagination. For now, possibly forever, that’s fine.