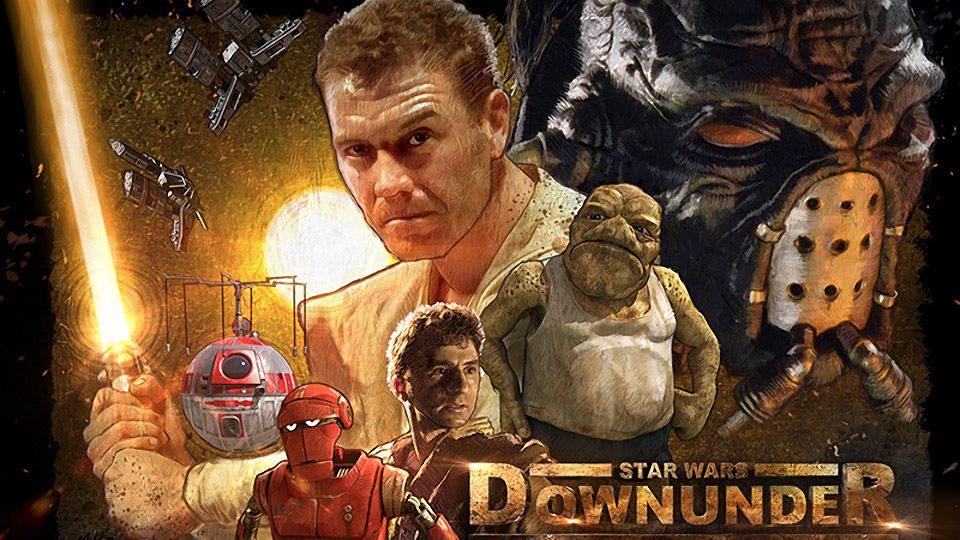 Yesterday, if I’d have made a list of the top 100 things I never thought I’d see, lightsaber boomerangs might have just about topped that list. How wrong I would have been. After 10 long years in development, Star Wars Downunder has been released and, lo and behold, it’s actually quite good.

The film tells the story of a lone Jedi: Merve Bushwacker (David Nicoll), returning home after a long absence. His mission? To partake in a refreshing beverage, known locally as amber fluid. On his arrival, he is dismayed to discover the planet has become as dry as a dead dingo′s donger, thanks to the tyrannical rule of Darth Drongo. Drongo has hoarded all the amber fluid in his impenetrable fortress “Dunny’s Deep” for reasons unknown. Can Merve, and a motley collection of unlikely allies band together to topple Drongo’s evil regime? Will liberty and amber fluid flow freely once more?

The script leaves a bit to be desired, but Star Wars Downunder has a nice degree of polish rare to these sort of films, and some nifty original ideas. It’s quite strange seeing Australian iconography within the Star Wars universe, including a new take on Ned Kelly’s helmet, cork hats and even the theme song from On Our Selection. It’s obvious that the filmmakers put a lot of time and effort into making the best film they possibly could. It’s certainly more entertaining than any of the films in the new trilogy.