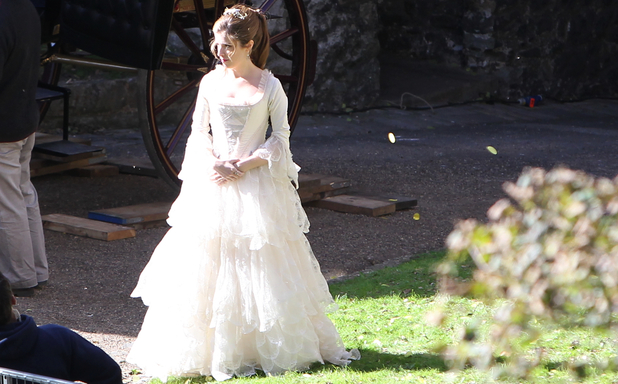 Rob Marshall’s Into The Woods  seems like it’s taking forever to be released. Not because we’re particularly excited for it but we feel that the first official image of Meryl Streep sitting in a tree was release back in the 80s. Anyway, it’s a musical, it’s got fantasy shit. What more do you need to know? Here’s a synopsis just in case:

“Set in an alternate world of various Grimm fairy tales, the film intertwines the plots of several Brothers Grimm fairy tales and follows them to explore the consequences of the characters’ wishes and quests. The main characters are taken from “Little Red Riding Hood“, “Jack and the Beanstalk“, “Rapunzel“, and “Cinderella“, as well as several others. When a Baker and his Wife learn they’ve been cursed childless by a Witch, they must embark into the woods to find the objects required to break the spell and begin a family. The film is tied together to the original story of the baker and his wife, their interaction with the Witch who has placed a curse on them, and their interaction with other storybook characters during their journey. What begins a lively irreverent fantasy musical eventually becomes a meaningful tale about responsibility, the problems that come from wishes, and the legacy that we leave our children.”